On this day in 1969 the world said goodbye to one of the greatest American tennis players to ever pick up a racquet. 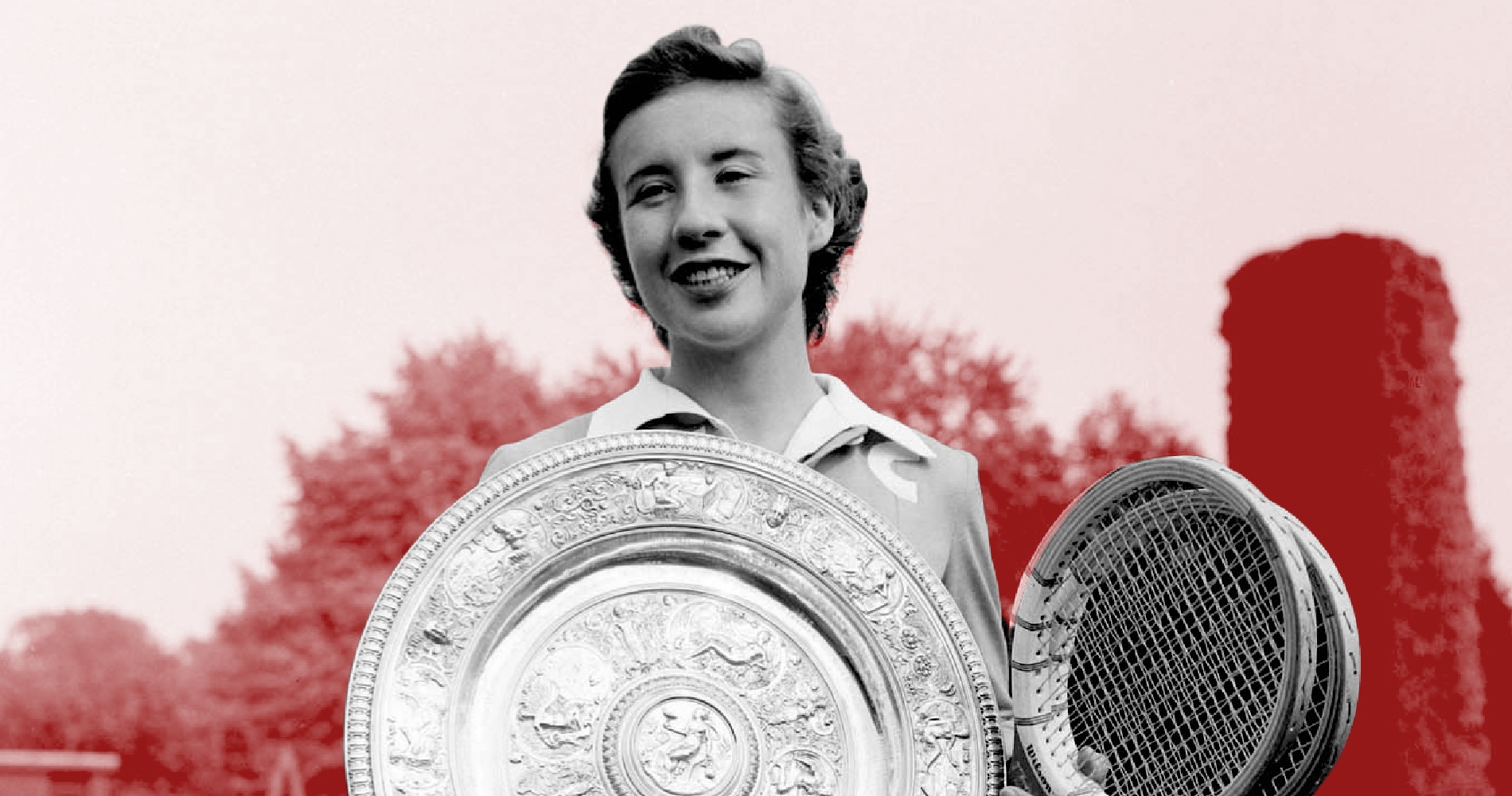 On this day, June 21, in 1969, Maureen Connolly — the first female player to have ever achieved the Grand Slam — died from ovarian cancer at the age of 34. “Little Mo” had won the four major tournaments in 1953, at the age of 18. When her career tragically ended after a horseback riding accident when she was only 19, she already held nine Grand Slam titles.

Maureen Connolly was born in 1934 in San Diego, California. Her first passion was horseback riding, but her family could not afford the lessons so she took up the game of tennis. Although she started to play left-handed, Connolly was coached to play with her right hand. This change did not prevent her from becoming a great player.

Connolly hit powerful groundstrokes from the baseline with great accuracy, especially on her backhand side. At the age of 11, she was granted the nickname “Little Mo” by a San Diego sportswriter, in comparison with the firepower of a US Navy ship — the USS Missouri –known as “Big Mo”.

In July 1954, Connolly had just defended her title at the All-England Club and it seemed that no one could prevent her from extending her list of achievements — especially considering the fact that she was still only 19 years old. She had not been defeated in a Grand Slam tournament since 1950 and amassed a jaw-dropping 50-match win streak during the stretch.

But tragedy would soon strike. Connolly’s brilliant career was put to an abrupt end on July 20, 1954, when she was hit by a truck while riding horseback. Her leg was broken and, despite all her efforts — she even attended ballet classes to regain her strength — Little Mo was never able to recover her full capacities. In January 1955, during an exhibition match, she felt a shooting pain in her leg while running to get a dropshot. With great sadness, Connolly announced her retirement from tennis at the age of 20.

The same year, in June, she married Norman Brinker, a member of the 1952 US Olympic equestrian team, with whom she had two children. In 1957, she wrote an autobiography, Forehand Drive, in which she explained her unusually fierce attitude on the court. “I hated my opponents,” she wrote. “This was no passing dislike, but a powerful and consuming hate. I believed I could not win without hatred.”

After her career ended, Connolly — although she could not compete anymore — was still able to play one-set exhibitions and she also became a radio and television commentator. In 1966, she was diagnosed with ovarian cancer, which she faced with the same competitive mindset she had shown on the court.

In 1968, despite her illness, she founded the Maureen Connolly Brinker Foundation to assist players who couldn’t afford to compete nationally. It’s an organisation that remains to this day. Unfortunately, she couldn’t win her fight against cancer and she passed away on June 21, 1969, at the age of 34.

Maureen Connolly’s great achievements and personality were a source of inspiration for several future champions who receive more notoriety from fans in 2021, such as Billie Jean King and Martina Navratilova.

“I was 15 years old when I had the thrill of first meeting Maureen,” said King, quoted in a book by Connolly’s daugher, Little Mo’s Legacy. “Over the years, our paths crossed many times. She was a total inspiration and role model to me.”

Every year, hundreds of young tennis players compete in various “Little Mo” tournaments held throughout the country, peaking at the Little Mo Nationals, which were won in 1992 by future US Open champion, Andy Roddick.