Every day, Tennis Majors looks back at the biggest moments in tennis history. On June 22, 2009, Roger Federer and Yen-Hsun Lu played the first match on Centre Court and its new (open) retractable roof 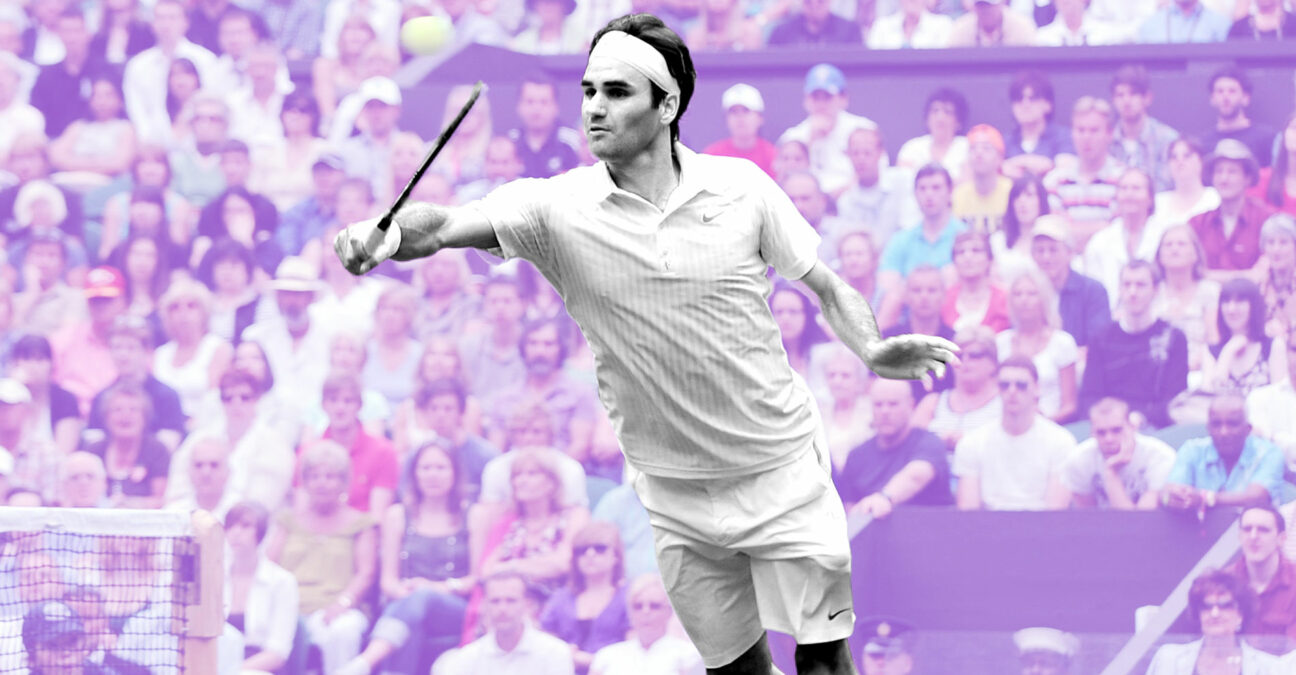 What happened exactly on that day: Federer makes history on Centre Court

On this day, June 22, 2009, Roger Federer became the first player to win a match on the new Wimbledon Centre Court, equipped with a retractable roof. Although he was not the defending champion, he was chosen for the Centre Court opening match as the 2008 champion, Rafael Nadal, was injured and could not attend the event. Federer won his first round against Yen-Hsun Lu in straight sets (7-5, 6-3, 6-2). The retractable roof however, would not be used until a week later.

Roger Federer was 27 years old in June 2009 and, after he had gone through a tough time in 2008 and early 2009, he had recently made his dream come true by finally triumphing at Roland-Garros, which, at the time, made him the undisputed greatest player of all time.  He had dominated the sport between 2004 and 2007, winning almost everything but the French Open. Nadal was the main reason Federer hadn’t won it yet; he lost against him in the final in 2006, 2007 and again in 2008, a challenging year for the Swiss. First, a young Novak Djokovic defeated him in the Australian Open semi-finals (7-5, 6-3, 7-6), but the worst was yet to come. Nadal, after destroying him in a painful Roland-Garros final (6-1, 6-3, 6-0), had managed to defeat him in his own garden at Wimbledon, after a five-set thriller (6-4, 6-4, 6-7, 6-7, 9-7). When the Spaniard went as far as knocking him off the world No 1 spot he had held for 237 consecutive weeks, Federer probably thought he had reached rock bottom. If this was the case, then he was wrong. Rock bottom was only reached at the 2009 Australian Open, when Federer lost again to his nemesis in the final, in five sets (7-5, 3-6, 7-6, 3-6, 6-2), and he could not hold back his tears during the trophy ceremony. At this stage in 2009, Roger had not only become Nadal’s challenger, but he had also been defeated by Djokovic, Andy Murray and Stan Wawrinka. For the first time since 2000, Federer had not claimed a single title in the first four months of the year. Journalists had started to talk about decline before the Swiss claimed the title in Madrid, beating Nadal on clay only for the second time. A few weeks later, Federer’s dream came true: after Robin Soderling eliminated Nadal in the fourth round, Federer defeated the Swede in the final (6-1, 7-6, 6-4), completing a career Grand Slam. If he was to lift the trophy at Wimbledon, he would not only reclaim the world No 1 spot, but also beat Pete Sampras’ record of 14 Grand Slam titles.

Wimbledon is the oldest and the most prestigious tennis tournament in the world. Held at the All England Lawn Tennis and Croquet Club since 1877, it moved to its current location in 1922, the same year when the Centre Court was built. Considered by many as the most intimidating court in the world, with its famous Rudyard Kipling quote above the entrance (“If you can meet with triumph and disaster and treat those two impostors just the same”), the Centre Court had seen the best players of all time competing for the title. After the US Open switched to clay and then hard court in the 1970s, and after the Australian Open switched to hard court in 1988, Wimbledon remained the only Grand Slam tournament to be played on grass, a surface that is usually more suitable for serve and volley players. Not only did Wimbledon keep its surface, but it also maintained old-fashioned traditions such as the white dress code and the fact that the defending champion was always the first to play on the Centre Court.

The facts: Federer cruises into second round in straight sets

Although Roger Federer, who was, at the time, a five-time Wimbledon champion, was used to playing the opening match on the Centre Court on the first day of the tournament, there was something special about this day, June 22, 2009.

In the first place, this time, Federer was not the defending champion. Twelve months before, he had lost a legendary final to Rafael Nadal (6-4, 6-4, 6-7, 6-7, 9-7). However, after his shocking loss in Paris, the Spaniard, suffering from a knee injury, had pulled out of Wimbledon, and the last year’s runner-up was chosen to play the opening match: “Rafa deserves it obviously more than I do this year,” Federer said. “But somebody had to do it, so I’m very happy that they chose me. It gets your heart beating, that’s for sure.”

The second remarkable fact was that Federer was the first to step onto the new Centre Court, equipped with a brand-new retractable roof, which was revolutionary in a tournament often considered as the most conservative of all Grand Slams.

The decision of building this roof was made in 2004, after years of a never-ending debate during rain delays. Some thought that Wimbledon was an outdoor tournament and should remain so, and that a retractable roof would be unfair to lesser-ranked players, but in the end, it was decided that the Championships had to follow the path of the Australian Open, where the main arena had a retractable roof since 1988.

The new roof was unveiled in May 2009, featuring Andre Agassi, Steffi Graf, Tim Henman, and Kim Clijsters, but the first players to walk onto the new Centre Court for an official match were Federer and Lu.

“It didn’t lose anything of the whole history part,” Federer had said during the weekend, according to The New York Times. “It still remains, you know, the best court in the world. I’m excited to be going out there on Monday.”

The Swiss, who, after his Roland-Garros triumph, was the heavy favourite at Wimbledon, easily prevailed against Lu, 7-5, 6-3, 6-2, in dry weather which didn’t require the roof to be closed.

“I guess the moment will come that I’ll play indoors here,” Federer said. “But you don’t really hope for it during the match. (…) I’m very happy with my first round, I thought it was a very solid performance.”

The retractable roof on Wimbledon’s Centre Court would be closed for the first time a week later, on Monday, June 29, during during the fourth round clash between Amélie Mauresmo and Dinara Safina (won by the Russian, 4-6, 6-3, 6-4), and the first full match to be played indoors at Wimbledon was the fourth round match between Andy Murray and Stan Wawrinka (won by the Scot, 2-6, 6-3, 6-3, 5-7, 6-3).

The US Open would follow in Wimbledon’s footsteps, completing a retractable roof on the Arthur Ashe Stadium in 2016, while Roland-Garros would have to wait until 2021 to use its new retractable roof for the first time.