Each day, Tennis Majors takes you back in time to an important moment in the sport’s history. On this day — March 21 — in 2008, Mardy Fish defeated David Nalbandian at the Indian Wells Masters despite having a hole in his shoe. 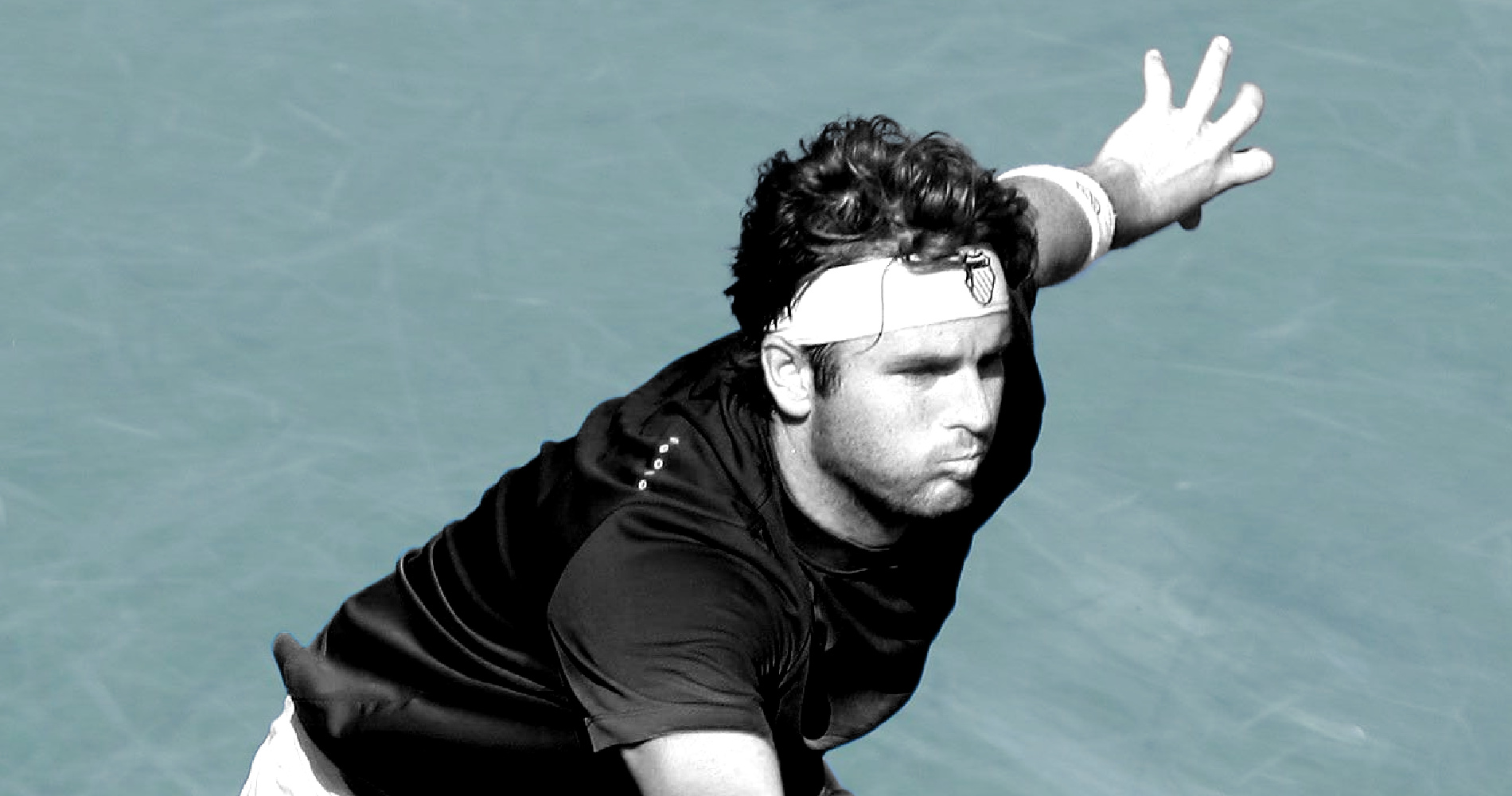 On this day, March 21, 2008, at the BNP Paribas Open in Indian Wells, a red-hot Mardy Fish proved himself to be invincible. Not even a hole in his shoe could prevent him from defeating world No 7 David Nalbandian 6-3, 6-7, 7-6 in the quarter-finals. The American, ranked only No 98 at the time, had already survived a third-set tiebreaker against Lleyton Hewitt in the previous round, and in the semi-finals he would eliminate world No 1 Roger Federer in straight sets.

David Nalbandian was born in 1982 and was one of the most gifted players of his generation, displaying a very smooth technique and a wonderful two-handed backhand. Very successful as a junior, he made himself famous in 2002 when he reached the Wimbledon final at the age of 20, (defeated by Lleyton Hewitt 6-1, 6-3, 6-2). The following year, he lost to Roddick in the US Open semi-finals (6-7, 3-6, 7-6, 6-1, 6-3), and in 2004 the Argentine made his way way to the final four at Roland-Garros (lost to Gaston Gaudio 6-3, 7-6, 6-0). He won the most important tournament of his career at the Masters Cup in 2005, defeating Roger Federer 6-7, 6-7, 6-2, 6-1, 7-6 in the final.  In 2006, Nalbandian became one of the few players to have at least reached the semi-finals at every Grand Slam, as he reached the semis at the Australian Open (defeated by Marcos Badghdatis 3-6, 5-7, 6-3, 6-4, 6-4). Considered as one of the best players to have never claimed a Grand Slam title, he struggled with injuries most of the year in 2007. World No 8 at the start of the year, he was only No 25 in October — when he became the third player of the Open Era to beat the three best players in the world (Nadal, Djokovic, and Federer) consecutively to win the Madrid Masters 1000. A few weeks later in Paris, he beat Federer and Nadal a second time to claim a second consecutive Masters 1000. However, he finished the year as world No 9 and didn’t qualify for the Masters Cup. 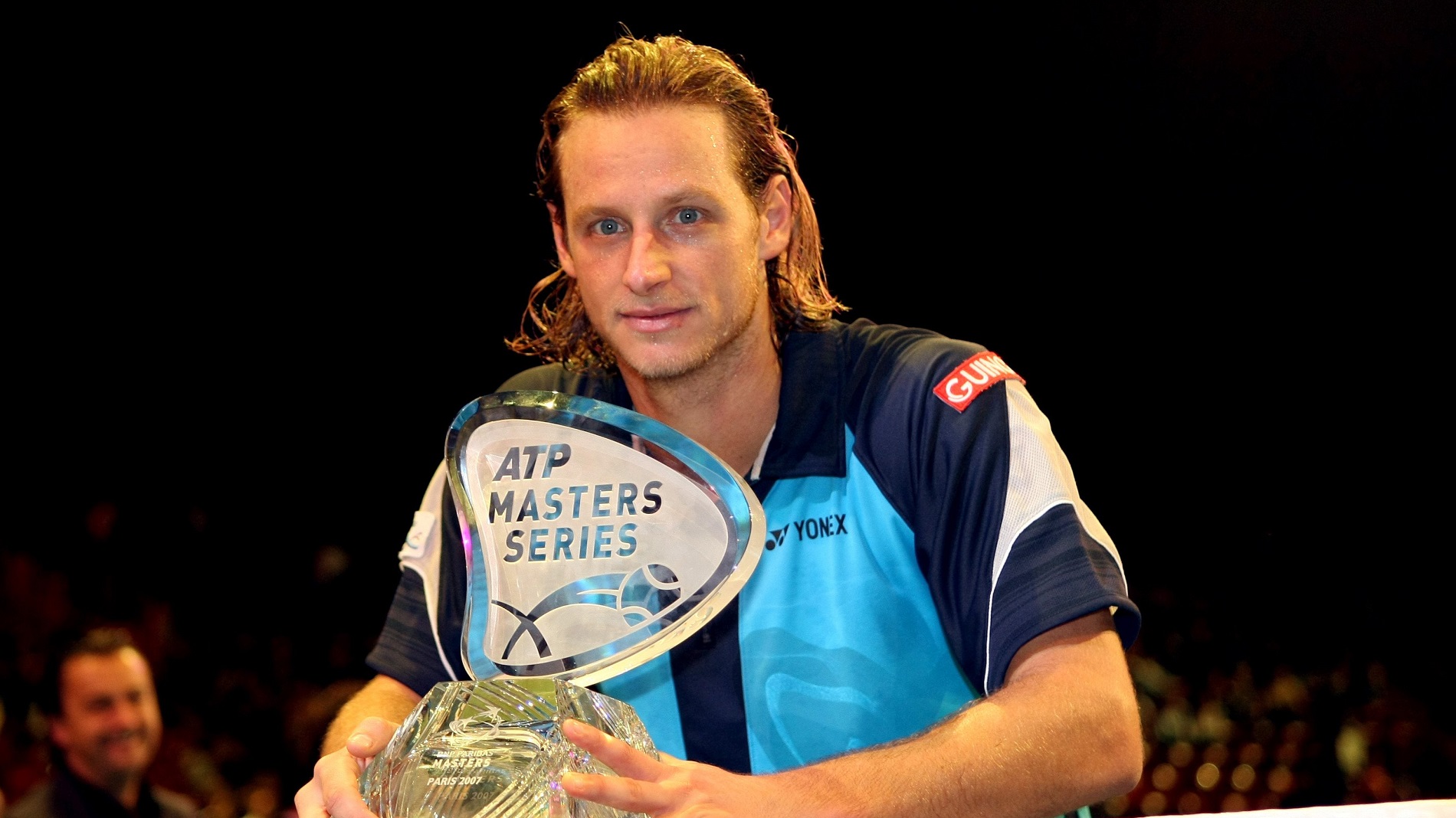 The history of the Indian Wells tennis event began in 1987, when the La Quinta tournament – under the impulse of Charlie Pasarell – outgrew its premises and had to move into a bigger location but without leaving California. The tournament had already become prestigious in La Quinta, but when it settled down in Indian Wells it became a part of the Grand Prix circuit. Its first edition, known as the Pilot Pen Classic, had seen a great final in which Boris Becker defeated rival Stefan Edberg 6-4, 6-4, 7-5. In 1993, the tournament became a part of the Super 9 category – which would later become the Masters Series and then the Masters 1000. In 2007 it was one of the most important tournaments outside of the Grand Slams; of its previous champions, nine had reached world No 1.

At Indian Wells in March of 2008, no one expected Mardy Fish to make the headlines. The American had been very inconsistent in the last 12 months. As a consequence, after having entered the 2007 Indians Wells as world No 22, he was only world No 98 this time.

In the quarter-finals, most of the experts thought his run would come to an end. He was facing David Nalbandian, world No 7. The Argentine, with his great returning ability, had all the weapons to counter Fish’s aggressive game. On top of that, the American had not always been known for his physical condition and he had endured a tough match against Hewitt.

However, Fish proved the experts wrong. Not only was he perfectly fit, but he also proved himself to challenge Nalbandian in long rallies from the baseline. The two men played a match that would remain an Indian Wells classic. After they split the first sets, tension peaked in the decider. Fish missed two match points on Nalbandian’s serve at 5-4. The Argentine then broke his serve and served for the match, but he failed to land the final strike.

Fish played the final tiebreaker with a hole in his shoe — which extended to his sock — but it didn’t prevent him from taking all the risks to win 7-4, firing a last smash to seal his “the greatest win of his career” according to his own words.

Fish’s greatest win would soon be followed by an even greater one. In the semi-finals, he would convincingly defeat world No 1 Roger Federer 6-3, 6-2 for the first time in six encounters. Fish would finally be defeated by world No 3 Novak Djokovic in the title match, but not without pushing the Serb to a third set (6-2, 5-7, 6-3). Despite his ability to perform at such a high level, Fish — suffering numerous injuries — would only manage to establish himself in the top 10 for about 12 months in 2011-2012 after reaching the quarter-finals at Wimbledon (lost to Rafael Nadal 6-3, 6-3, 5-7, 6-4).

2008 would remain the last season in which David Nalbandian finished in the top 10. Struggling with motivation and not as fit as in his prime, he would never beat a top 3 player ever again — nor would he reach the quarter-finals of a Grand Slam tournament. In 2012, he would be defaulted in the final of the Queen’s Club Championships after unfortunately kicking a linesman in a burst of anger. Nalbandian would retire in October of 2013.