May 13, 2012: The day when Federer won the only tournament ever played on blue clay

Each day, Tennis Majors takes you back in time to relive a tennis event that happened on this specific day. On May 13, 2012, Roger Federer defeated Tomas Berdych to win the Madrid Masters, when the tournament was played on blue clay – making it the first and only tournament to use this surface 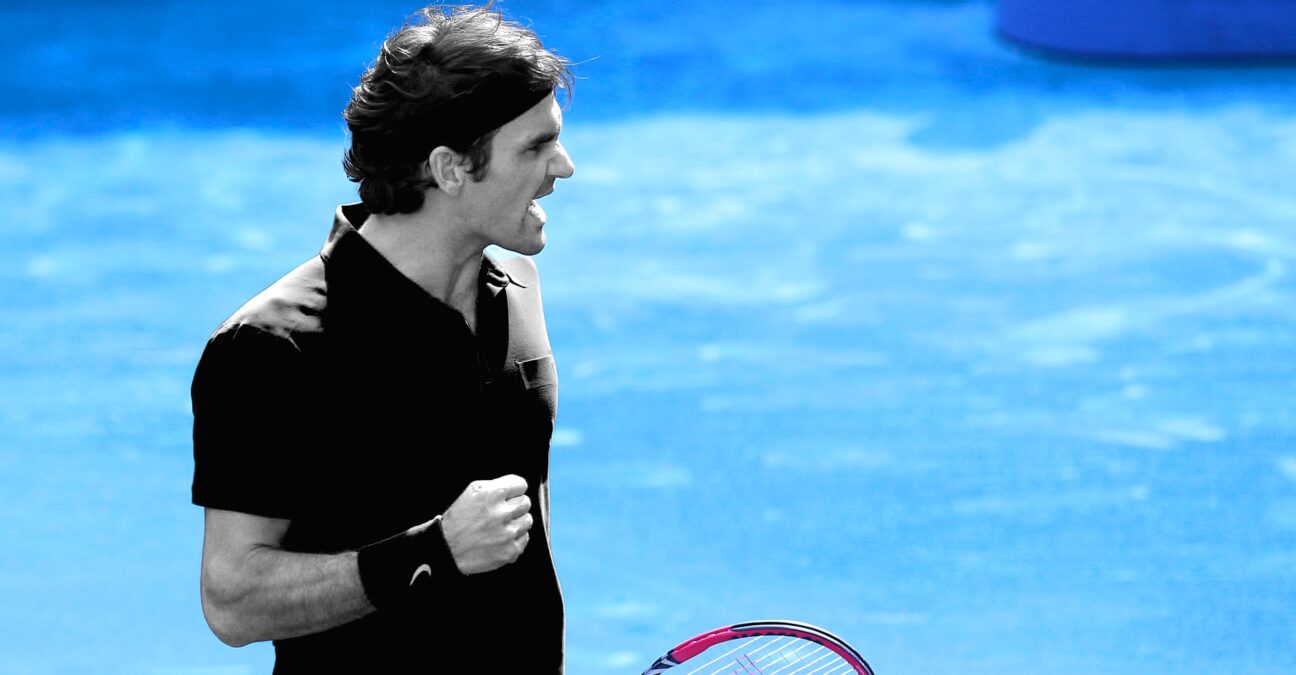 On this day, May 13, 2012, in the final of the Madrid Masters 1000, Roger Federer defeated Tomas Berdych (3-6, 7-5, 7-5) to win the only tournament ever played on blue clay. The tournament’s director, the famous Ion Tiriac, had decided to change the colour of the traditional red clay to a striking blue so that television viewers could see the ball better. The decision led to such a controversy that blue clay was never allowed on the tour again.

Roger Federer was born in 1981. After he finished 1998 as the world No 1 in juniors,  Federer performed well in his first professional matches: in his first five appearances on the main ATP tour, in 1998-1999, he reached the quarter-finals three times, in Toulouse, Marseille, and Rotterdam. His electrifying game amazed the world tennis and soon, he was proclaimed as the future world No 1. The Swiss, very emotional during his early years on the tour, eventually mastered his nerves in 2003, when he claimed his claimed his first major title at Wimbledon (defeating Mark Philippoussis in the final, 7-6, 6-2, 7-6).

The venue – the Caja Magica complex in Madrid

The city of Madrid had hosted a Masters 1000 tournament since 2002. However, until 2008, the event was held in October on indoor courts, at the Madrid Arena. In 2009, the ATP calendar was changed and the Madrid Open was moved to spring, taking the spot previously held by the Hamburg Open in the Masters 1000 category. It was now played on clay at the Caja Magica, a brand new complex built for the occasion, displaying three courts with a retractable roof. The location was also at an altitude (700m), which impacted the game, making the balls travel faster as well as bounce higher, and thus harder to control.

Ion Tiriac, a former tennis player from Romania in the 1970s, who had since then become a famous tennis manager (he had notably managed Boris Becker in the 1980s) and a notorious businessman, was the director of the Madrid  Open since 2003. Tiriac was not afraid of any form of controversy, and, after having hired models to replace the traditional ball boys in 2004, he came up with the idea of holding the tournament on blue clay.

“We introduced blue in the indoor events 20 years ago and then everyone adopted it”, he said in an interview for the French paper Le Figaro as early as 2009. “ I really think it makes the ball more visible to players, spectators and TV viewers.”

However, at the time, the ATP did not give permission for this innovation, but Tiriac was not only keen for the innovation, he was also very determined. He was sure that blue clay was a great idea for the show, and he put so much effort in promoting his idea that the ATP board gave in: in 2012, the Madrid Masters 1000 was going to be held on blue clay.

If Tiriac was probably happy with this decision, many players were irritated to see the ATP making such an important decision without consulting them. Furthermore, since the first days of the tournament, the blue clay courts appeared to be very slippery and to provide uneven bounces.

“To me that’s not tennis. Either I come out with football shoes or I invite Chuck Norris to advise me how to play on this court,” said the world No 1 Novak Djokovic, after his first-round win.

The Serbian was ousted in the quarter-finals by countryman Janko Tipsarevic (7-6, 6-3).

The King of Clay himself, Rafael Nadal, was unusually vocal about his dislike of the new surface. The seven-time Roland-Garros champion was defeated for the first time in 14 encounters by fellow Spaniard Fernando Verdasco (6-3, 3-6, 7-5) and he was not impressed by Tiriac’s attempt to make the game more attractive.

“The only thing that I know is that if things continue like this I am very sad but next year it will be one less tournament in my calendar,” said Nadal.

With his main rivals both eliminated before the semi-finals, and with a slippery court that did not favour defensive players, Federer had a great opportunity to claim his first big title on clay since his triumph at Roland-Garros in 2009. After a first-round scare against Milos Raonic (4-6, 7-5, 7-6), the Swiss made his way to set up a final clash against Berdych without dropping another set.

The Czech, who had displayed an impressive level of tennis the entire week, was not an easy opponent for Federer, who had lost three out of their five last encounters. However, although Berdych got off to the better start, taking the first set (6-3), he was betrayed by his nerves in the second set, which he lost on a double fault (7-5). In the deciding set, the Czech gave away a break on another double fault, and, even though he managed to break back, his main weapon let him down again and Federer prevailed, 3-6, 7-5, 7-5, to claim his 20th Masters 1000 title.

There was so much controversy and complaints from the players about the Madrid blue clay, that the ATP decided to ban the surface from the Tour, and the tournament was forced to switch back to traditional red clay, to Tiriac’s dismay.

“It was not a stupid thing,” Tiriac would tell The New York Times four years later, pointing to a red court. “I don’t see the ball here. I’m old, and I wear glasses.”

As for Federer, the 2012 Madrid Open would remain his last big clay-court title. The Swiss would claim a 17th Grand Slam title in 2012, triumphing at Wimbledon at Andy Murray’s expense (4-6, 7-5, 6-3, 6-4). Although Federer’s form would appear to decline in the following years, he would add three more Grand Slam titles to his list of achievements : the Australian Open (in 2017 and 2018), and Wimbledon in 2017. He would then hold an unbelievable record of 20 Grand Slam crowns (Note – that has since been equaled by Rafael Nadal, when the Spaniard won his 13th Roland-Garros title in 2020).

Berdych would take his revenge against Federer at the 2012 US Open, defeating him in the quarter-finals (7-6, 6-4, 3-6, 6-3) before losing to Andy Murray in the following round (5-7, 6-2, 6-1, 7-6). That year, along with Radek Stepanek, he would lead the Czech Republic to its first Davis Cup triumph, playing matches in singles and doubles. Berdych would reach the world No 4 position in 2015, reaching the semi-finals at three other Grand Slam tournaments, before his retirement at the end of 2019.