Every day, Tennis Majors takes you back in time to relive a tennis event which happened on this specific day. On May 17th, 2009, Roger Federer defeated Rafael Nadal on his home soil – a milestone victory before Roland-Garros 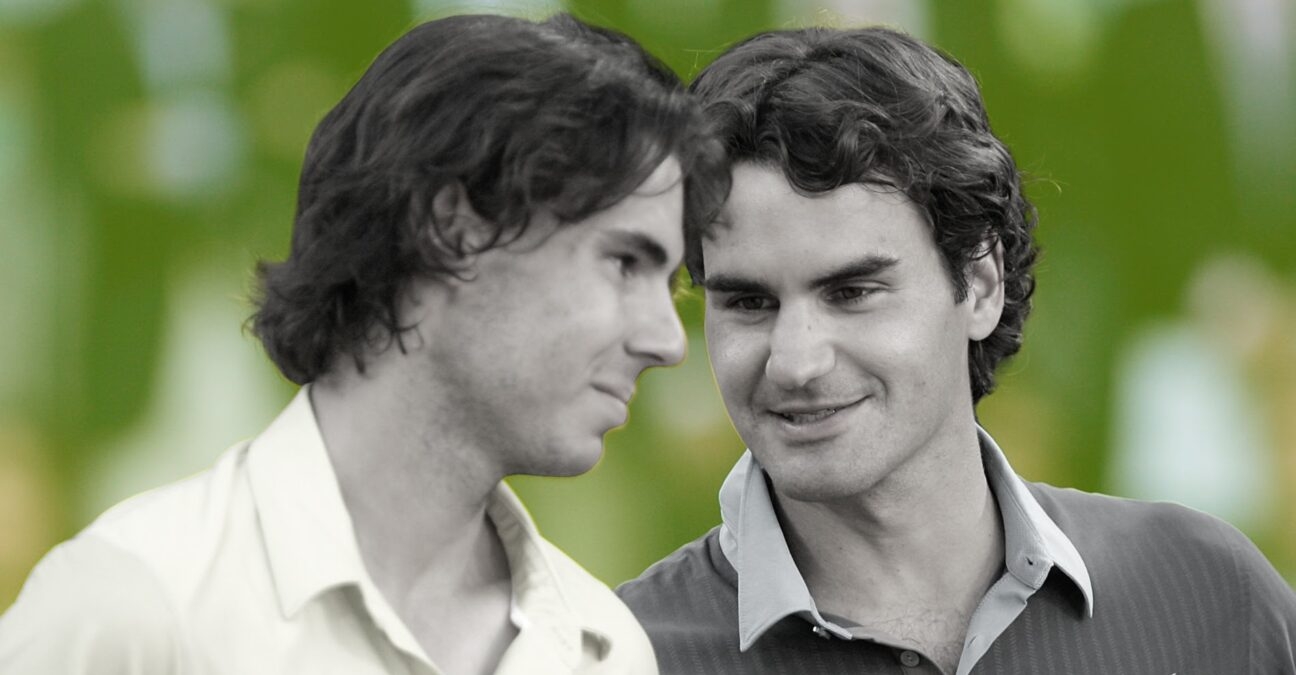 On this day, the 17th of May, 2009, Roger Federer prevailed against Rafael Nadal on clay-court for only the second time in twelve encounters. On top of that, it happened in the final in Madrid, on Nadal’s lands, in front of his crowd. Although Nadal was exhausted by a four-hour semi-final against Novak Djokovic the day before, it was still an important achievement for Federer, a week away from the French Open. It was a sign that this year, after months of struggle, things were finally going his way in his quest for Roland-Garros.

The players involved: Federer and Nadal, the rivals

Roger Federer was 27 years old in May 2009, and he was going through a hard time in his career. He had outrageously dominated the game in the years 2004-2007, winning almost everything but the French Open, the only major title he was still chasing. Rafael Nadal was the main reason Federer hadn’t won the French Open yet:  he lost against him in the final in 2006, 2007 and in 2008, a challenging year for the Swiss. First, young Novak Djokovic defeated him in the Australian Open semi-final (7-5, 6-3, 7-6), but the worst was yet to come.

At this stage in 2009, Roger had not only become Nadal’s challenger, but he had also been defeated by Novak Djokovic, Andy Murray and Stan Wawrinka. For the first time since 2000,  Roger Federer had not claimed a single title in the first four months of the year. Journalists started to talk about decline.

• Rafael Nadal, the king of clay and World No 1

Rafael Nadal was only 22, but his achievements had already secured him a spot in tennis history. He remained undefeated in Roland-Garros: since his first appearance, in 2005, four times he had participated, four times he was the champion. No one had even managed to push him into a fifth set there.

He reached world No 1 on the 18th of August 2008 and it seemed that no one could prevent him from dominating the tour, as he had already collected five trophies in 2009, including of course the Australian Open, but also three Masters 1000 events (Indian Wells, Monte-Carlo, Rome). He seemed to be on his way to a fifth consecutive Roland-Garros title without anyone to challenge him.

The city of Madrid hosted a Masters 1000 tournament since 2002. However, until 2008, the event was held in October on indoor courts, at the Madrid Arena. In 2009, the ATP calendar was changed and the Madrid Open was moved to spring, taking the spot previously held by the Hamburg Open in the Masters 1000 category.

It was now played on clay at the Caja Magica, a brand new complex built for the occasion, displaying three courts with a retractable roof. The location was also at altitude (700m), which impacted the game, making the balls travel faster as well as bounce higher, and thus harder to control.

On this 17th of May, 2009, the Spanish crowd was about to witness the twentieth encounter between Roger Federer and Rafael Nadal, the two men who ruled the tour since 2005. At this stage, Nadal was up 13-6 in their head-to-head, but he was up 9-1 on clay, and had broken Federer’s dream of winning Roland-Garros four times already. Furthermore, he had won their five last matches, including on grass at Wimbledon and on hard court in Australia. The last time Federer had prevailed was at the 2007 Masters Cup, seventeen months before.

Needless to say, Nadal should have been the favourite, but the day before, the odds changed when Rafa had to spend four hours and two minutes on court to beat Novak Djokovic, 3-6, 7-6, 7-6. In this amazing semi-final, which was at the time the longest first-to-two sets match ever played, Nadal had to save three match points before he sealed his victory, 11-9 in the last tie-break.

Furthermore, he had called the physio several times, appearing to have an issue with his knee. Could he recover on time to beat Roger Federer? He had done so at the Australian Open, recovering from a five-hour marathon against Fernando Verdasco in the semi-final to beat the Swiss in five sets in the final.

Using the fast conditions to his advantage, Federer played an aggressive game since the beginning. Attacking on Nadal’s backhand, he came to the net more than he did against the Spaniard in most of their clay-court showdowns. Meanwhile, Nadal was not moving as fast as usual and, despite a few spectacular passing shots of his own, concealed the first set, 6-4.

In the second set, Federer didn’t release the pressure and although Rafa tried to hold on, Roger broke him as early as 2-2 and didn’t leave him any chance to break back. After one hour and twenty minutes of great aggressive tennis, hitting 25 winners, Roger Federer claimed at the same time his first title of the year and his second win against Nadal on clay. He also reminded the world not to count him out as a contender for the Roland-Garros crown.

In the press conference, after dismissing questions about his knee, which had bothered him during the semi-final, Rafael Nadal looked for no excuses and he praised Roger’s performance.

Why it made history

That year, the impossible would eventually happen. Rafael Nadal would be defeated (6-2, 6-7, 6-4, 7-6) in the round of 16 of the French Open, by Robin Soderling, whom he had outplayed in Rome two weeks before, 6-1, 6-0! Although it had to be good news for Roger Federer, it would also put more pressure on his shoulders as suddenly he would be expected to win.

Nadal’s knee would not get better, preventing him from defending his title in London. Roger Federer would reclaim his Wimbledon crown as well as his world No 1 seat for 48 extra weeks, and 2009, which started for him in the worst possible way, would eventually become a year to remember.

Roger Federer would never beat Rafa again on clay, their record on red dirt being now 14-2, while in their overall encounters, the Spaniard still prevails 24-16.