Every day, Tennis Majors takes you back in time to relive a tennis event which happened on this specific day. On May 20, 2007, Roger Federer stunned Rafael Nadal in Hamburg, snapping the Spaniard’s 81-match winning streak on clay 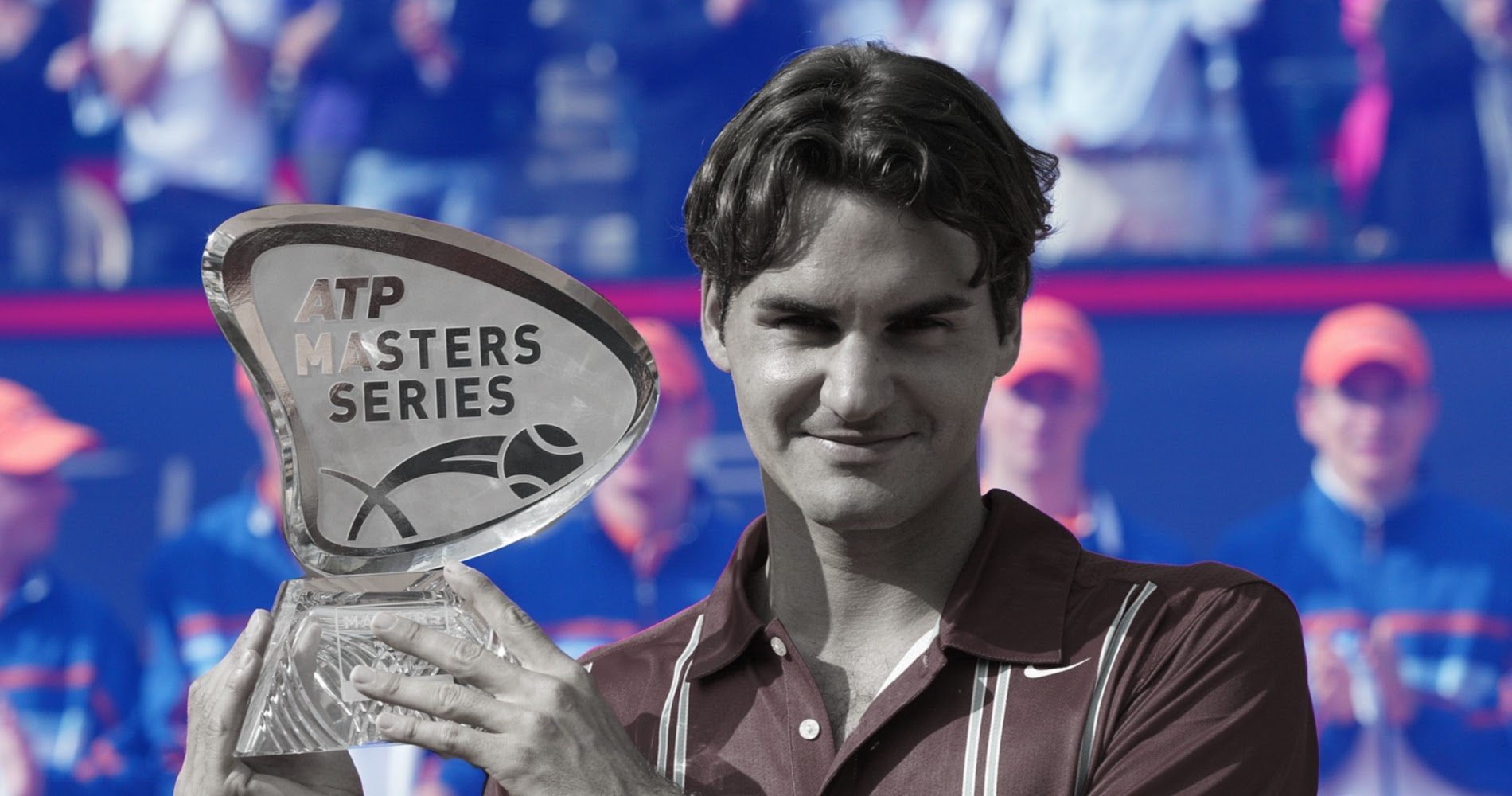 Roger Federer earned his first win over Rafael Nadal on clay, on this day in 2007.

On this day, May 20, 2007, Roger Federer unexpectedly defeated Rafael Nadal on clay for the first time in six encounters, in the final of the Hamburg Masters 1000, 2-6, 6-2, 6-0. With this win, the Swiss put an end to Nadal’s incredible 81-match clay-court winning streak and gave his fans a glimmer of hope for a Roland-Garros title. It was also the first of only two wins claimed by Federer against his rival on red dirt.

• Roger Federer, the ruler of the ATP rankings

At the time, Federer had never managed to beat Nadal on clay, losing to him in three other finals (Monte-Carlo, 2006 and 2007; Rome, 2006). He started 2007 by winning the Australian Open without dropping a set, beating Fernando Gonzalez in the final (7-6, 6-4, 6-4). He then had a peculiar Indian Wells/Miami tour where he lost twice against the same player, Guillermo Canas from Argentina, who was coming back after being suspended for using a banned substance. He started his road to Roland-Garros by reaching the final in Monte-Carlo, defeated once again by Nadal.

• Rafael Nadal, the King of Clay

The 21 year-old Majorcan had been No 2 in the world since July 2005, shortly after he won his first title at Roland-Garros at the age of 19. Until this day, he had not lost a single match on clay since the April 8, 2005, when he lost in Valencia against Russian Igor Andreev (7-5, 6-2). Nadal had stretched his record-breaking clay-court winning streak to 77 prior to the Hamburg Open, which allowed him to claim 12 titles on the surface, including two at Roland-Garros (2005, 2006).

Nadal became Federer’s nightmare, stopping him twice at Roland-Garros (2005, 2006), and beating him four times in 2006, a year when only two players managed to beat the Swiss – the other being Frenchman Jo-Wilfried Tsonga. Nadal’s left-handed topspin forehand was torture for the Swiss’ one-handed backhand, and his defensive skills challenged Roger’s attacking game.

Nadal was not only dominating on clay, but he was also improving on other surfaces. He had managed to win two Masters Series 1000s on hard court in 2005 (Toronto and Madrid), and he also started to perform better on grass, where no one expected him to due to his game style. In fact, Nadal reached the final at Wimbledon in 2006, where Federer took his revenge from the Roland-Garros final (6-0, 7-6, 6-7, 6-3). In 2007, Nadal reached the quarter-finals at the Australian Open, where he was beaten by Gonzalez (6-2, 6-4, 6-3), before lifting trophies in Indian Wells, Monte-Carlo and Barcelona.

The place : Hamburg – one of the oldest tennis tournaments in the world

The Hamburg tennis tournament was created in 1892. In those days, it was considered as the most important event in the world, before Wimbledon gained in prestige after 1910. In recent times, the Hamburg Open was one of the three clay-court Masters Series events between 1990 and 2008.  Its Centre Court was renovated in 1996 with a retractable roof, which was a rare feature in Europe at the time. Despite its prestige, the tournament had been often overlooked by Roland-Garros favourites who needed some rest between the Italian Open and the French Grand Slam. In fact, in 2006, both Federer and Nadal had withdrawn from Hamburg after playing a five-set marathon in the Rome final. The aftermath of that epic final surely was a factor that led the ATP board to decide to change the format of the Masters 1000 finals over five sets from 2007 onwards.

The facts : Federer scores first win over Nadal on clay

The 2007 Hamburg Open final was the 11th between world No 1 Federer and No 2 Nadal and so far it looked like the Spaniard was Roger’s kryptonite. Nadal led 7-3 in their head-to-head and had won all five of their encounters on clay. The pair had just faced each other in the Monte-Carlo final, where Nadal had prevailed 6-4, 6-4. They had also participated, on May 2, in a unique exhibition, named the Battle of Surfaces, on a half-grass and half-clay court surface (won by Nadal).

Federer was still chasing the Roland-Garros title and was facing the only man who stood between him and that dream. Federer’s clay-court skills were not to be questioned. To reach the final in Hamburg, he defeated two Spanish clay specialists, David Ferrer (6-4, 6-0) and Juan Carlos Ferrero (6-3, 6-4). He was as ready as he could possibly be to challenge his nemesis.

Nadal was now on an 81-match winning streak on his favourite surface. In 2007, he had already claimed three titles on red dirt, dropping only one set in the process. On his way to the final, he was only pushed to a third set once, in the semi-finals, by Lleyton Hewitt (2-6, 6-3, 7-5).

The Spaniard was of course the favourite on the day and the first set confirmed his mastery over Federer on the clay. He broke him in the third game and Federer appeared discouraged by Nadal’s ability to deliver a regular stream of forehand topspin passing shots. Rafa claimed the first set 6-2 without even playing at his best level.

The turning point of the match came in the third game of the second set, when Federer’s fate was close to being sealed, as he served at 15-40. The Swiss promptly fired two consecutive winners to even the score. Nadal didn’t know it at that moment, but he was only going to win one more game in the match. Federer had suddenly switched gears and now appeared to be invincible. He relentlessly attacked a fatigued Nadal, approaching the net with more efficiency than ever. The Spaniard was outplayed and concealed the two last sets with just two games in his pocket. Federer could enjoy not only his fourth Hamburg crown and 13th Masters 1000 title, he could also take pleasure in putting an end to Rafa’s winning streak in his first ever clay-court victory against his rival.

What next : Nadal still the king of clay

Despite his loss in Hamburg, Nadal would remain dominant at Roland-Garros, edging the Swiss again in the final on Court Philippe-Chatrier, 6-3, 4-6, 6-4, 6-3. Federer would beat Nadal only one more time on clay, at the 2009 Madrid Open final, and it is the King of Clay who owns a 14-2 record against the Swiss on this surface. Overall, Federer and Nadal have faced each other 40 times with the Spaniard leading 24-16. Their rivalry is considered by many to be the greatest in men’s tennis history, to the point where it became the very image of the sport.

Federer would eventually win Roland-Garros once, in 2009, defeating Robin Soderling – the first man to beat Nadal at Roland-Garros (6-1, 7-6, 6-4) – without ever edging Rafa in his favourite tournament. 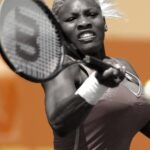