May 27, 2016: King of clay Nadal shocks world with Roland-Garros withdrawal

Every day, Tennis Majors takes you back in time to relive a tennis event which happened on this specific day. On May 27, 2016, Rafael Nadal pulled out of Roland-Garros because of injury. 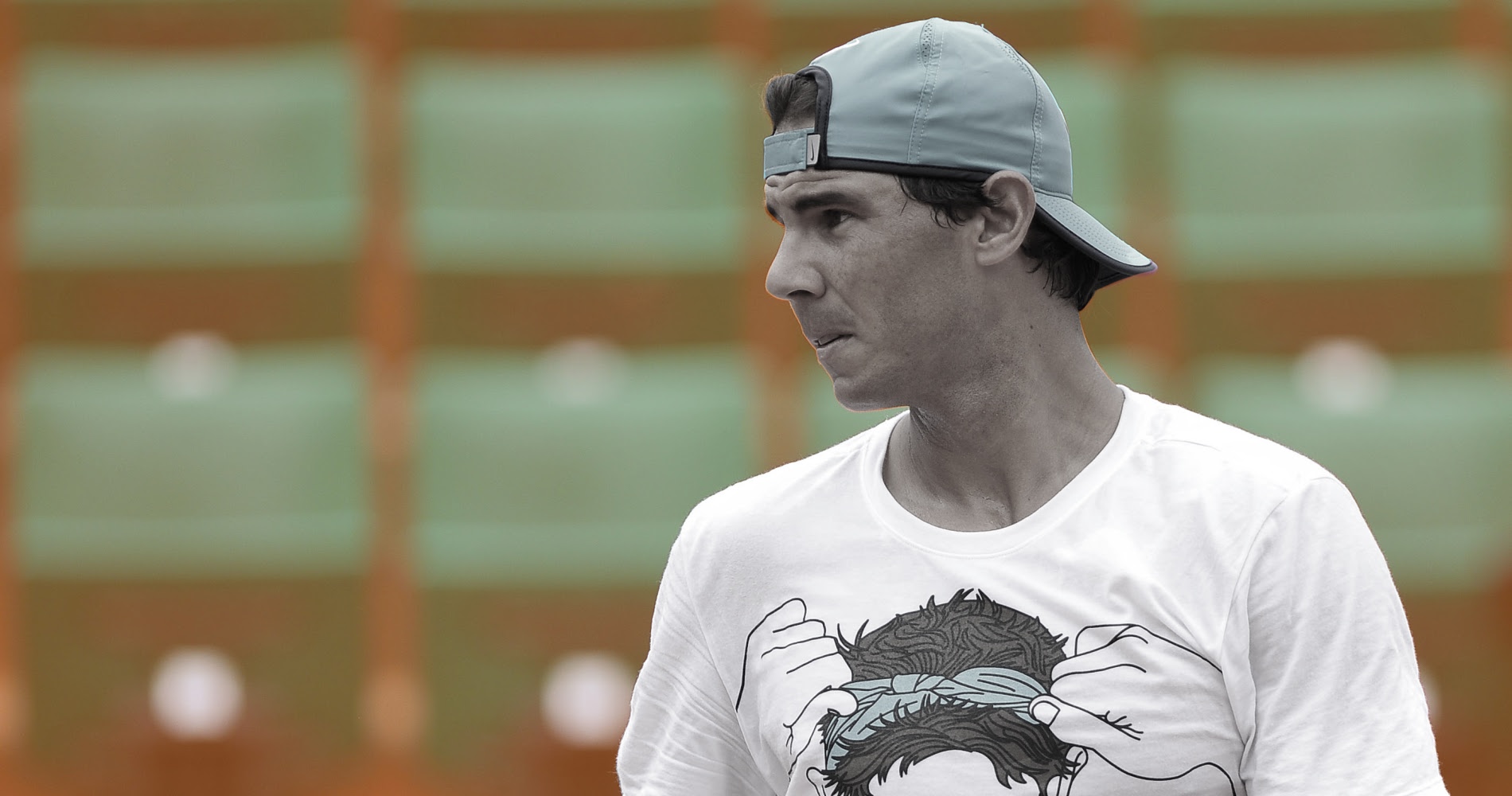 On this day, May 27, 2016, Rafael Nadal, then the nine-time Roland-Garros champion, withdrew from his favourite tournament just before playing his third-round match against fellow Spaniard Marcel Granollers. Absolutely unexpected, his announcement had the effect of an earthquake in the tennis world. Even if Nadal had been recently struggling, his record on clay and especially at the French Open still made him one of the tournament’s favourites.

In 2016, Rafael Nadal, the King of Clay, did not arrive at Roland-Garros as dominant as in his best years. In fact, the nine-time French Open champion had been struggling in the past two years, since his last Grand Slam crown, which he won in Paris in 2014. His loss at Wimbledon in 2014 against Nick Kyrgios (7-6, 5-7, 7-6, 6-3), as well as the one against Tomas Berdych in the quarter-finals of the 2015 Australian Open, Nadal could handle. They were not his first disappointments on hard court. But in 2015, something new happened to him: he started losing on clay.

It all began in February in Rio de Janeiro, where he was defeated (1-6, 6-2, 7-5) in the semi-finals by Fabio Fognini, whom he had beaten in their past four meetings. In spring, Novak Djokovic beat him comfortably in the Monte-Carlo semi-finals (6-3, 6-3), then Fognini beat him a second time in the round of 16 in Barcelona (6-4, 7-6). In the final of the Mutua Madrid Open, he was outplayed 6-2, 6-3 by Andy Murray, who had never beaten him on clay before.

Now No 7 in the world, he managed to set up a hyped-up meeting with his nemesis Djokovic in the quarter-finals at Roland-Garros. Not only did he lose to the Serbian for the first time at Roland-Garros, but he also lost in straight sets (7-5, 6-3, 6-1) and seemed almost clueless on the court. Things did not improve on hard courts in the second half of the year, with a disappointing loss in the second round at Wimbledon to Dustin Brown and a third loss against Fognini at the US Open in the third round. For the first time since 2004, Nadal finished the season without a Grand Slam or even a Masters 1000 title.

In early 2016, Nadal was not getting better results and the tennis world started to talk about his possible decline. His forehand was dropping short and not as damaging, forcing him to defend in a way he couldn’t do as well as in his early years – but the biggest change was that he was now losing many close matches and seemed to have lost some of his psychological strength. In the final in Dubai, Djokovic thrashed him 6-1, 6-2. At the Australian Open, he lost in the first round in five sets to Fernando Verdasco, whom he had outplayed 14 times in their 16 previous encounters. In Rio de Janeiro, on clay, he lost in the final against Pablo Cuevas, ranked No 45 (6-7, 7-6, 6-4). Nadal was not the monster he used to be and his opponents now believed in their chances.

Although he said he had been suffering for weeks, he had shown no signs of pain in his first matches, we had heard no rumours, no one had seen it coming.

When spring came, the lefty seemed to regain confidence in Monte-Carlo, edging Gaël Monfils in a great final (7-5, 5-7, 6-0). Even though he didn’t claim the title in Madrid (he lost in the semis to Murray, 7-5, 6-4) nor in Rome (lost to Djokovic, 7-5 7-6), as he did in his best years, his game was more aggressive and it looked like he was slowly getting back to his former self just when it mattered the most, at the French Open.

His two first matches in Roland-Garros sounded like a warning; Rafa was back. Sam Groth and Facundo Bagnis were properly destroyed and won a total of six games between them. Against the Australian, defeated 6-1, 6-1, 6-1, the King of Clay even treated himself to a “tweener” passing shot. He had been so impressive that, even if his next opponent on Saturday was Granollers, everyone was already looking forward to a fourth-round meeting against Dominic Thiem.

Our journalist Rémi Bourrières was at Roland-Garros on Friday 27th May 2016, when he heard that Rafael Nadal was calling a press conference immediately.

“I didn’t know what was going on, but I thought straight away that such an emergency call couldn’t be good news,” he recalls.

“We were all intrigued. The conference room was so packed that I had to stand up. Five minutes later, Nadal arrived with a brace on his wrist and calmly announced that he had to withdraw because of a wrist injury, that the doctors had told him to stop. It didn’t last very long, five, maybe 10 minutes. Although he said he had been suffering for weeks, he had shown no signs of pain in his first matches, we had heard no rumours, no one had seen it coming. It was a shock.”

When the press conference was over, the French Open had lost its nine-time champion, who seemed to be the only one capable of challenging the great favourite, Djokovic. The whole of Roland-Garros was numb with surprise, as confirmed by Thibault Venturino, a hitting partner that year at the French Open, who had practised with Nadal in the previous days.

“There was no way to tell he was in pain. He was hitting the ball as hard as usual and didn’t look particularly nervous or concerned,” he said. “When I heard the news, at first, I thought it was a joke, then I was shocked. To me, it was unpredictable, he looked so strong and confident. Then I laughed to myself thinking that maybe I had hit too hard and injured him.”

For the first time in his career, Nadal had lost without even stepping on court in a Grand Slam tournament. In his absence, Djokovic edged Andy Murray in five sets in the final to finally win the Roland-Garros crown.

After his Roland-Garros withdrawal, Rafa would also pull out of Wimbledon. He would still struggle in the second half of 2016, at least by his standards. Defeated by Lucas Pouille in the fourth round of the US Open in five sets (6-1, 2-6, 6-4, 3-6, 7-6), he wouldn’t claim a title on hard court this year and his highlight would be a gold medal in doubles at the Olympic Games in Rio de Janeiro, partnering Marc Lopez. He would finish the year ranked No 9 in the world, his worst ranking since 2004.

“I feel myself with the right motivation and the right energy to be back at Roland Garros the next couple of years, it’s a tournament that I love so much.”

He would be back indeed in 2017, and in very different shape. After a final lost in five sets (6-4, 3-6, 6-1, 3-6, 6-3) at Melbourne Park to Roger Federer, he would claim Masters 1000 titles in Monte-Carlo and Madrid, arriving in Paris as the favourite again. He would not only reclaim his crown, but he would also achieve the unbelievable “decima” (winning the tournament for the 10th time), without losing a single set, dropping only 35 games in seven matches, outplaying Stan Wawrinka in the final, 6-2, 6-3, 6-1. There would be no more talk about his decline. 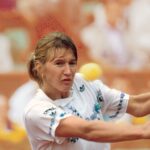