Each day, Tennis Majors takes you back to an important moment in tennis history. On November 11, 2007 Justine Henin won the Women’s Masters Cup. 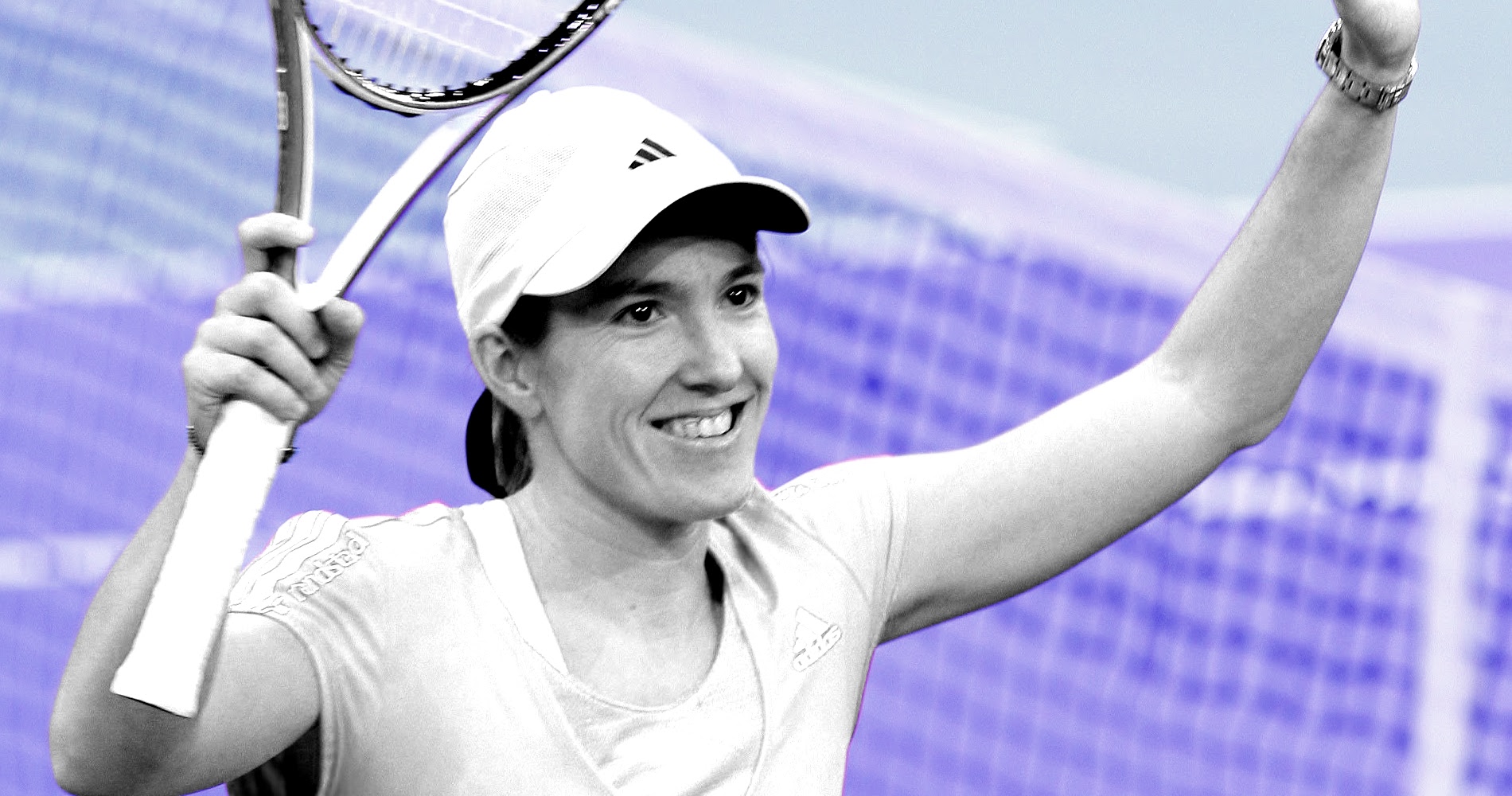 On this day, November 11, 2007, Justine Henin won the Women’s Masters Cup, known as the Sony Ericsson Championships, after she fought for 3 hours and 24 minutes to defeat Maria Sharapova. It was the longest best-of-three set final in the tournament’s history (5-7, 7-5, 6-3). For the Belgian, this fifth consecutive title was the cherry on top of an amazing 2007 season, where she probably reached the peak of her domination, having only lost four matches. It was also her last major title as she would retire for the first time a few months later.

Justine Henin, born in 1982, was one of the dominant players in the years 2003-2008. Her varied game not only amazed tennis fans – especially her wonderful one-handed backhand, a very uncommon feature in modern women’s tennis – but also made her the best clay-court player of her time. Henin had turned pro in 1999. After a few years of performing well without ever winning a major event, she hired Pat Etcheberry as a fitness coach at the end of 2002. The hard work she put in paid off the following year, when she prevailed at Roland-Garros as well as the US Open, each time defeating her rival Kim Clijsters in straight sets.  The world no.1 for the first time on the 20th of October 2003, she claimed four titles at Roland-Garros between 2003 and 2007, including three consecutive ones in the years 2005-2007.  She also triumphed at the 2004 Australian Open (where she beat Clijsters once again, 6-4, 4-6, 6-3).

Henin’s peak years were arguably 2006 and 2007. During these years, she participated in seven Grand Slam tournaments and reached the final six times. In 2006, she ended runner-up twice to Amélie Mauresmo, at both the Australian Open (6-2, 1-0, ret.) and Wimbledon, claiming the French Open title in between, defeating Svetlana Kuznetova (6-4, 6-4). After losing to Maria Sharapova (6-4, 6-4) in the US Open final, she finished by winning the Masters Cup against Mauresmo (6-4, 6-3). In 2007, after skipping the Australian Open, she triumphed at Roland-Garros  (defeating Ana Ivanovic, 6-1, 6-2), but at Wimbledon, the only Grand Slam still missing from her list of achievements, she lost in the semi-finals to Marion Bartoli (1-6, 7-5, 6-1). Since then, she had not lost a single match, claiming three titles on top a second US Open crown (defeating Kuznetsova in the final, 6-1, 6-3). 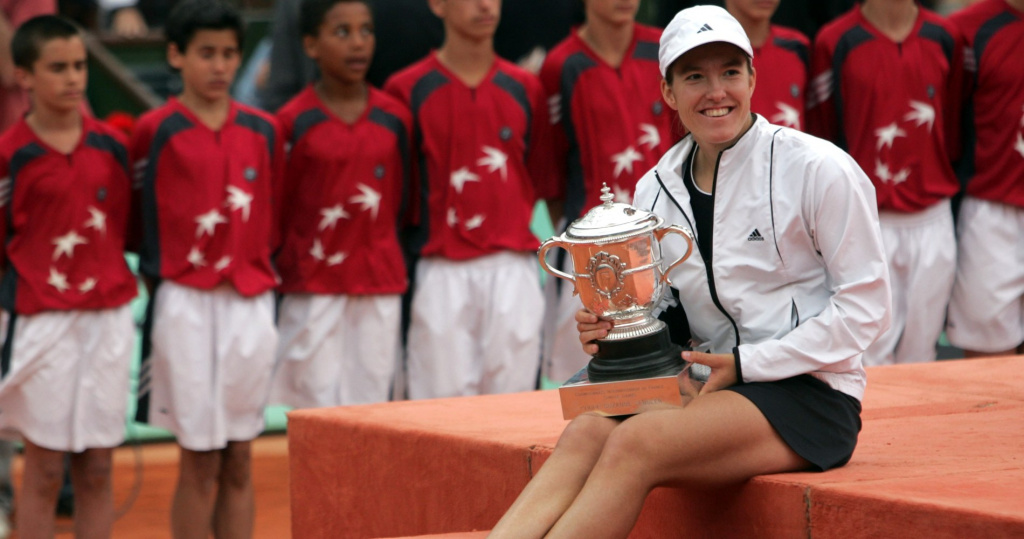 Maria Sharapova was born in 1987 in Belarus, but she started playing tennis as a young child in Sotchi, where her parents had moved after the Chernobyl accident. Her father, Youri, took her to Florida when she was only seven years old to give her the best chances to become a professional tennis player. This happened quickly, as young Sharapova turned pro at the age of 14, and after a year on the tour, she was already inside the top 200. In her early career, Maria Sharapova was often compared to Anna Kournikova: both players were Russian, they were both successful and famous at a very young age, and they also shared a similar physical appearance, being both tall and blonde. Young Maria always dismissed the comparison, as Kournikova had never claimed a professional title and, through the years, had become more of a model than a tennis player, a turn of career that Sharapova was not interested in.

In 2003, she claimed her two first WTA titles, in Tokyo and Québec, finishing the year as world no.32. In 2004, she became the fourth youngest Grand Slam champion of the Open Era when she triumphed at Wimbledon, defeating Serena Williams in the final (6-1, 6-4), and, claiming four other titles, she finished the year as world No 5. In 2005, after she reached the semi-finals at both the Australian Open and Wimbledon, she became the first Russian female player to reach world No 1, on August 22. She claimed a second Grand Slam crown at the US Open in 2006, defeating Justine Henin in the final (6-4, 6-4). In 2007, after she finished runner-up to Serena Williams at the Australian Open (6-1, 6-2), Sharapova, struggling with shoulder pain,  had only claimed one title (in San Diego, defeating Patty Schnyder in the final (6-3, 2-6, 6-0). 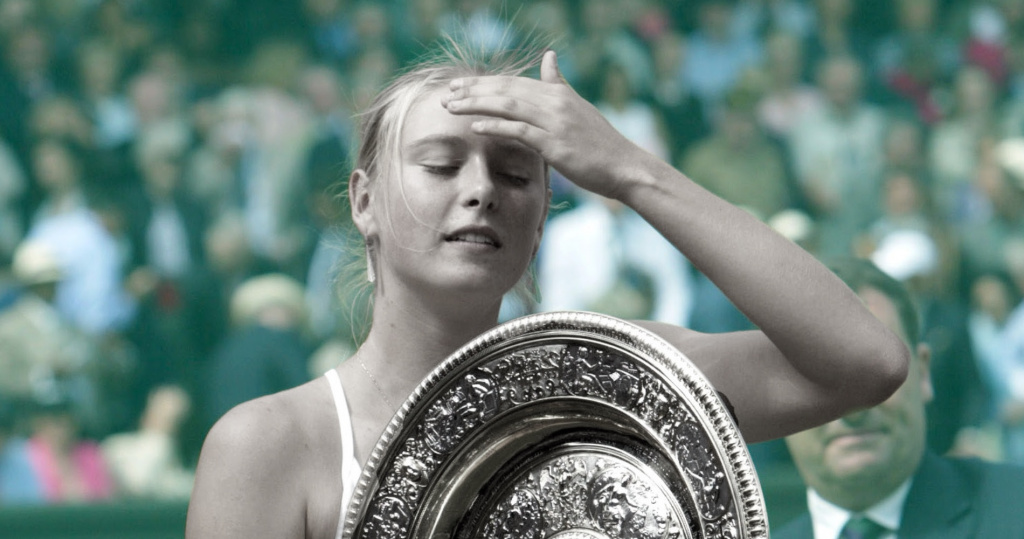 The 2007 women’s Masters Cup, officially Sony Ericsson Championships, was hosted in Madrid in early November, for the second time. The event was held at the Madrid Arena, a venue with a capacity of 10,000 spectators. Only the eight best players in the world qualified for the event, and Justine Henin was the defending champion.

When Justine Henin faced Maria Sharapova in the final of the 2007 Masters Cup, it was already the 8th encounter between the two women. The Belgian led 5-2 in their head-to-head, and she had won their last match, twelve months before, in the Masters Cup semi-finals (6-2, 7-6).

Henin was the heavy favourite. World No 1, her season had been fantastic : although, in the middle of a divorce, she had to skip the Australian Open, she had claimed no less than 9 titles, including Roland-Garros and the US Open, and she hadn’t lost a single match since her loss in the Wimbledon semi-finals against Marion Bartoli (1-6, 7-5, 6-1). In Madrid, she had taken a brutal revenge in the round robin against the French player (6-0, 6-0), and she hadn’t dropped a single set on her way to the final.

On the other hand, Sharapova, who had started the year by reaching the Australian Open final, had been struggling with a painful shoulder and her latest results had been disappointing. Eliminated in the fourth round at Wimbledon, she had lost to Agnieszka Radwanska, world No 32, in the third round of the US Open (6-4, 1-6, 6-2). She held the 6th rank on the WTA charts, her lowest ranking since October 2004.

In the first set, the Russian, relying on a very precise serve and a deadly forehand, put the world No 1 under pressure. Henin fought hard, saving no less than 7 set points, but she concealed the first set, 7-5. The Belgian sharpened her one-handed backhand in the second set, and it seemed that Sharapova, who had only played one match in the past two months, was running out of stamina. Henin leveled the match by winning the second set, 7-5, and, seizing the momentum, she outplayed her opponent in the last set, 6-3, after missing four match points. In this three-hour and twenty-four minute combat, the longest match of the year on the WTA tour, the Belgian saved fourteen of Sharapova’s eighteen break chances, and five out of six in the final set

“It was one of the hardest matches of my career”, commented Henin. ‘”What a way to finish the season. It’s a dream, what happened.”

A few months later, in May 2008, the Belgian, still world No 1,  would surprise the entire world of tennis by announcing her retirement from the game. In the months following her retirement, Justine Henin would stay away from the spotlight. In 2009, she would participate in a TV show named “The twelve labours of Justine Henin”, but deep down she would start missing tennis.

On the 22nd September 2009, Justine Henin would announce her come-back on the tour in 2010. She would obtain a wild card for the 2010 Australian Open where she would reach the final, losing to Serena Williams (6-4, 3-6, 6-2). Unfortunately, she would fall and injure her elbow at Wimbledon, while facing Kim Clijsters, which would force her to put an early end to her 2010 season. She would never recover from this injury. She would retire once and for all after the 2011 Australian Open, where she would lose in the third round against Svetlana Kuznetsova (6-4, 7-6) and realize her elbow was too damaged to pursue her career.

Her already great career would still be disturbed by a repetitive shoulder injury, which would particularly ruin her 2009 and 2010 seasons. In 2016, Sharapova would fail a drug test and she would be suspended for fifteen months. Although she would try to come back in 2017, and climbed back as high as no.25, she would not achieve any more remarkable results other than reaching the quarterfinals at the 2018 French Open.