November 13, 1988: The day Martina Navratilova and Chris Evert played for the 80th and final time

Every day, Tennis Majors takes you back to one of the most important moments in tennis history. On November 13, 1988, Martina Navratilova and Chris Evert played each other for the 80th and final time. 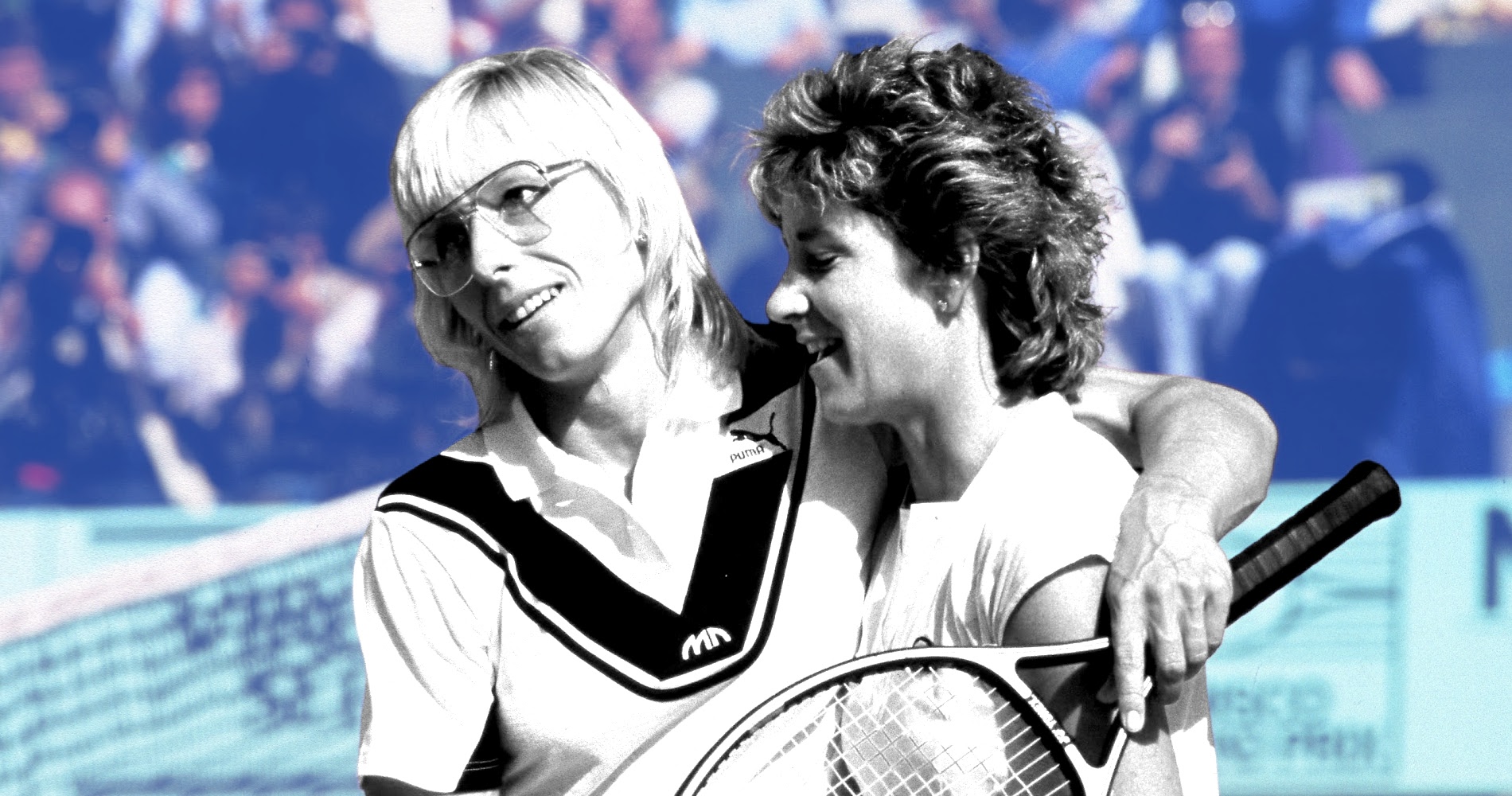 On this day, November 13, 1988, in the final of the Chicago Virginia Slims, Martina Navratilova and Chris Evert met for the 80th time. Although Navratilova easily prevailed (6-2, 6-2), this encounter became memorable as the final episode of the greatest tennis rivalry of all time, with Navratilova leading 43-37. The two champions, who were team-mates in the American Fed Cup team, had faced each other in no fewer than 14 Grand Slam finals. 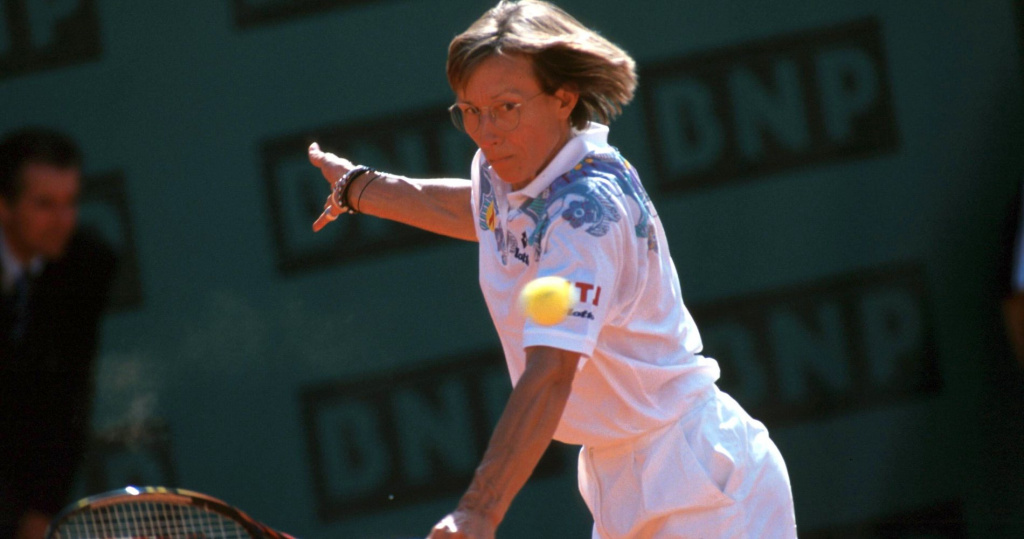 Martina Navratilova, born in 1956, was, according to Billie Jean King, “the greatest singles, doubles, and mixed doubles player who ever lived,”. Since her career began, she had already claimed no fewer than 138 titles. Navratilova had claimed 17 Grand Slam titles in singles: she had won eight Wimbledon crowns (six of them successively between 1982 and 1987), she had won the US Open four times (1983, 1984, 1986, 1987), three Australian Opens (1981, 1983, 1985) and twice won the French Open (1982, 1984). In 1988, she had already accumulated 28 Grand Slam crowns in doubles, and five in mixed doubles. She also held a record of six consecutive Grand Slam titles between Wimbledon 1983 and the US Open 1984 (back then, the Australian Open was played in December), and had secured the world No 1 spot for 332 weeks, a record at the time. Navratilova, left-handed, played serve and volley like no one before. According to Evert, she took fitness to a new level in women’s tennis, introducing the idea of cross-training, playing other sports such as basketball in order to improve her physical condition. On August 17, 1987, Navratilova lost the world No 1 spot to Steffi Graf, from Germany, who was 10 years younger.

The Chicago Virginia Slims Open was established in 1971. In 1988, it was held on indoor carpet at the UIC Pavilion, a multi-purpose arena which opened in 1982. Martina Navratilova had already lifted the trophy seven times.

The 1988 Chicago final against Martina Navratilova and Chris Evert was the 80th episode of their rivalry, and, even if the players didn’t know it at the time, it was also the final one.
At the time, Navratilolova led 42-37, but Evert, who was two years older and already well-established on top of the tennis world when the lefty arrived on the tour, had defeated her in 21 of their first 25 encounters. It took Navratilova 12 consecutive wins over her rival, in 1982 and 1983, to even the score.
Navratilova won 10 out of the 14 Grand Slam finals where the two legends faced each other, and, out of the four finals won by Evert, three happened at the French Open (1975, 1985, 1986), reflecting Evert’s dominance on clay (11-3 for Chrissie on her favourite surface). In Chicago, the two rivals were about to play their 60th final on the tour, with Martina leading 35-24.
They collectively held the No. 1 ranking for 592 weeks, Navratilova at 332 weeks and Evert at 260 weeks.
Between the 1981 Australian Open and Wimbledon 1985, they won a record 15 consecutive grand slam singles titles. From the 1982 Australian Open to the 1987 US Open, they won 21 of those 24 grand slam singles titles. Since 1987, their hold on the tour had loosened, with Hana Mandlikova triumphing at the Australian Open and Steffi Graf at Roland-Garros. In 1988, the young German even achieved the incredible calendar Grand Slam, a feat from which Navratilova had been two matches away in 1984.
Their matches were made even more dramatic by their opposite styles, Martina attacking the net all the time while Chris was known for her more defensive game.
However, there was very little drama in this final match between the greatest players of the last 15 years. On a fast surface that suited her game, Navratilova easily prevailed, 6-2, 6-2, against an opponent far from her best level.
According to The Chicago Tribune, Navratilova was so surprised by Evert`s poor play that she asked her immediately after the match if she was OK.
“I was down only two break points the whole match,” she noted, “and I never lost the serve. It’s very rare to do that against Chris. It was hard today to celebrate. I enjoy winning, but I knew Chris wasn’t playing very well. It wasn`t really a thrilling match, and I didn`t feel as exhilarated as I would have if it went 7-5.”
Meanwhile, Evert explained that it seemed almost impossible for her to beat Martina on such a fast surface. “Her serve is a real weapon,” Evert said, “and I don’t have a weapon on this court. It’s the fastest on the tour. I have to play everything perfect on this court to beat her. This is her strength, and she just overpowered me.” 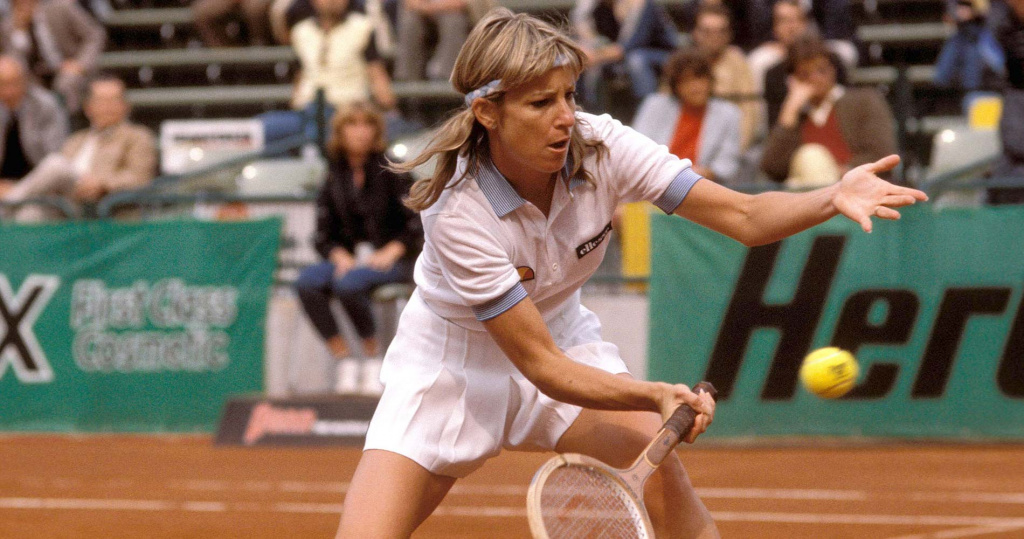 This “not really thrilling match” would remain the final encounter between two legends of our sport.
Despite their fierce rivalry, Evert and Navratilova would stay friends. “Martina is definitely one of my closest friends right now. We have no competition. There’s no tension in our relationship whatsoever. It’s a freeing kind of a feeling,”, said Evert to apnews.com.
“It would not have been the same without you,” Navratilova told her friend in an Instagram chat in 2020. “We were able to pull for each other and be there together. It probably solidified our friendship, when you look back.”
Evert would retire from professional tennis 12 months later, at the end of 1989, finishing her career with a win over young Conchita Martinez (6-3, 6-2), in the final of the Fed Cup.
Navratilova would clinch her 18th and final Grand Slam title at Wimbledon, in 1990, defeating Zina Garrison in the final (6-4, 6-1). She would retire in 1994, but in 2000, Navratilova would come back on the tour, playing essentially doubles, and by winning the mixed doubles at the 2003 Australian Open, partnering Leander Paes, she would complete the “Boxed” Grand Slam (winning both singles and doubles at all four Grand Slam events) and become the oldest Grand Slam champion of all time, at 46. In 2004, she would receive a controversial wild card into the Wimbledon single’s draw. Now 47, incredibly, she would win her first round 6-0, 6-2 against world No 102 Catalina Castano, before losing to Gisela Dulko, the world No 59, 3-6, 6-3, 6-3. In 2006, a few weeks from her 50th birthday, she would claim the mixed doubles title at the US Open, partnering Bob Bryan, also finishing her career on a victory.