On this day in tennis history, world No 5 Nikolay Davydenko captured his first Masters title at Paris-Bercy over Dominik Hrbaty. 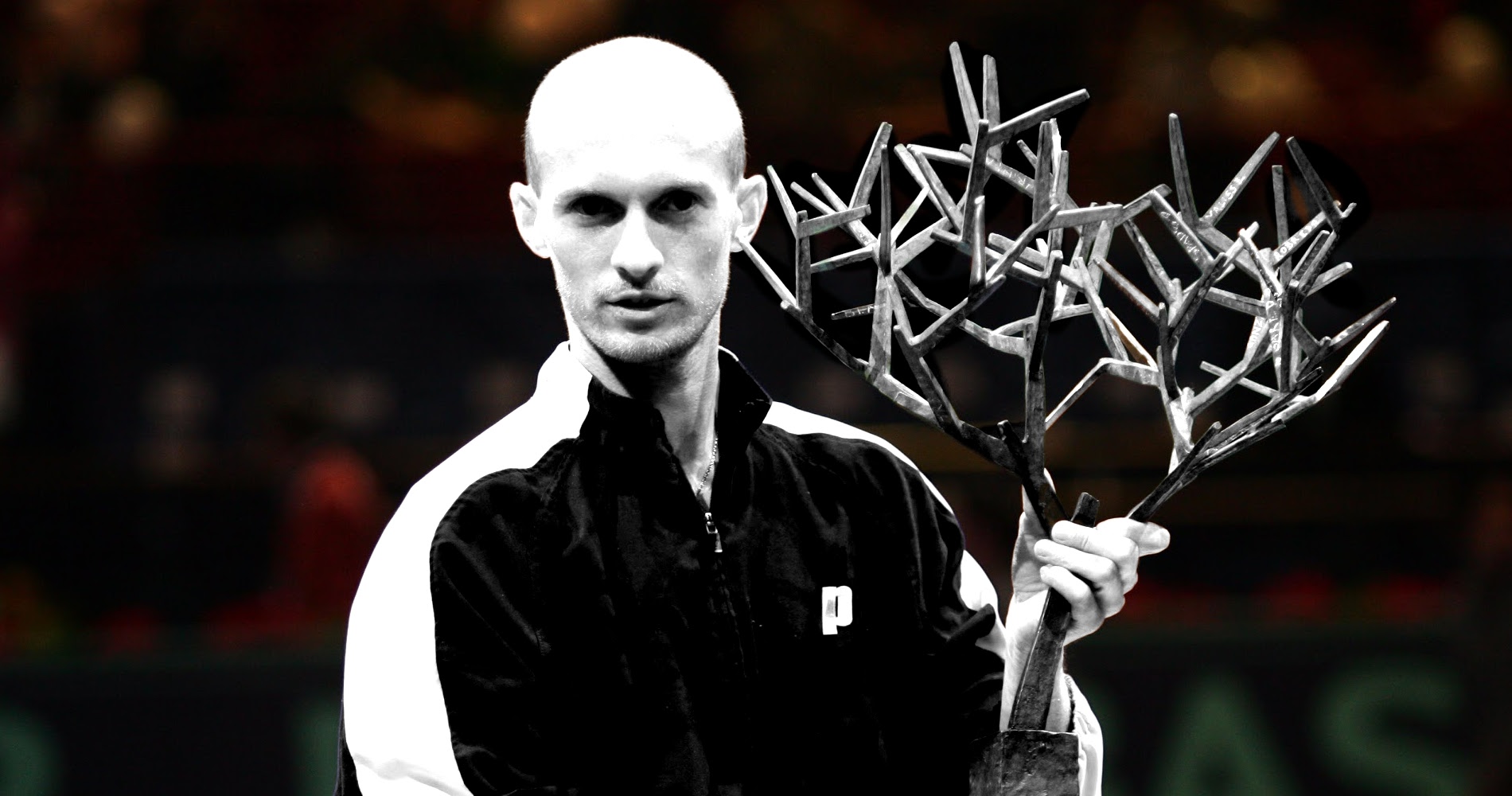 On this day, November 5, 2006, Russian Nikolay Davydenko clinched his first Masters 1000 crown in Paris, defeating Dominik Hrbaty in the shortest best-of-five final in the tournament’s history (6-1, 6-2, 6-2). Even though many of the top players skipped the event in order to prepare for the Masters Cup, the Russian displayed an impressive level of play all week long, and his triumph propelled him to No 3 in the ATP rankings, the highest in his career.

Nikolay Davydenko was born in 1981 in Russia (then USSR). He turned pro in 1999, and he broke into the top 100 in late 2001. He then claimed his first ATP title in January 2003 in Adelaide (defeating Kristof Vliegen in the final, 6-2, 7-6). The same year, he entered the top 50, after winning a second tournament in Estoril (defeating Agustin Calleri in the final, 6-4, 6-3). In 2004, he added two more titles to his list of achievements, including the prestigious Kremlin Cup (where he beat Greg Rusedski, 3-6, 6-3, 7-5). Davydenko finished the year as world No 28, but his breakthrough season at the top level was 2005. That year, he reached the quarterfinals at the Australian Open (lost to Andy Roddick, 6-3, 7-5, 4-1, ret.) and the semi-finals at Roland-Garros (defeated by Mariano Puerta, 6-3, 5-7, 2-6, 6-4, 6-4). He qualified for the Masters Cup, but fell to David Nalbandian, 6-0, 7-5 in the semis and finished the year as world No 5. The Russian remained in that sport for almost a year, and had a solid 2006 season where he claimed five titles (including a second Kremlin Cup, defeating fellow Russian Marat Safin in the final, 6-4, 5-7, 6-4), reached the quarterfinals at both the Australian Open and Roland-Garros, and reached the final four at the US Open (lost to Roger Federer, 6-1, 7-5, 6-4). Davydenko played at a very fast pace and took the ball on the rise. His consistency in this game style earned him the nickname “ball machine” from Tommy Haas.

Arrived in Paris as world No 5, Nikolay Davydenko was the 4th seed in the draw, but after the last-minute withdrawal of the three top-seeded players (Roger Federer, Rafael Nadal and David Nalbandian), the Russian became the favourite. Davydenko confirmed his status as the favourite from the get-go. Parked on the baseline, hitting the ball on the rise while aiming at the lines, the world No 5 blanked Christophe Rochus in the first round (6-0, 6-0), before crushing fellow Russian Dmitry Tursunov in the second round (6-2, 6-2). In the quarterfinals, it was Mario Ancic’s turn to be swept off the court (6-3, 6-3). “There’s nothing to do when he plays like this, apart from running or maybe sitting aside and watching him play”, commented the Croatian. In the semi-finals though, Davydenko dropped a set against Tommy Robredo, world No 7, but prevailed easily in the decider (6-3, 5-7, 6-2).

His opponent in the final, Dominik Hrbaty, was exceeding expectations by making it to the final. The world No 27 eliminated the defending champion Tomas Berdych in the quarterfinals (6-4, 1-6, 6-2), and in the semi-finals, Tommy Haas abandoned after the Slovakian took the first set, 6-4.

The final proved to be one of the most one-sided finals in the tournament’s history, and it was the shortest. Davydenko won the first five games before taking the first set 6-1, and in the second set, he took a 4-0 lead, before winning 6-2. Hrbaty managed to stay level until 2-2 in the third set, but that was as much drama as the French crowd got witnessed on that day. In 90 minutes, Davydenko sealed his victory, 6-1, 6-2, 6-2, claiming his first Masters 1000 crown.

At the Masters Cup, Davydenko would be eliminated in the round robin. In the following years, he would reach Grand Slam semi-finals again in 2007, at Roland-Garros and the US Open, but was stumped by Roger Federer. He would claim two other Masters 1000 crowns, one in Miami in 2008, and the second one in Madrid in 2009, getting the upper hand over Rafael Nadal in  both. His career would peak at the 2009 Masters Cup, where he would claim the most important title of his career, beating Juan Martin del Potro in the final (6-3, 6-4). After this triumph, the Russian would decline and remain a top 50 player until his retirement, in 2014.

Dominik Hrbaty would never reach an ATP final again. He would leave the top 100 at the end of 2007, and he would never make his way back into it. At the end of 2010, holding the 417th ATP rank, he would officially retire from professional tennis.