Every day, Tennis Majors takes you back in time to an important moment in the history of the sport. On this day, Oct. 11, 1940, Wimbledon was bombed during World War II. 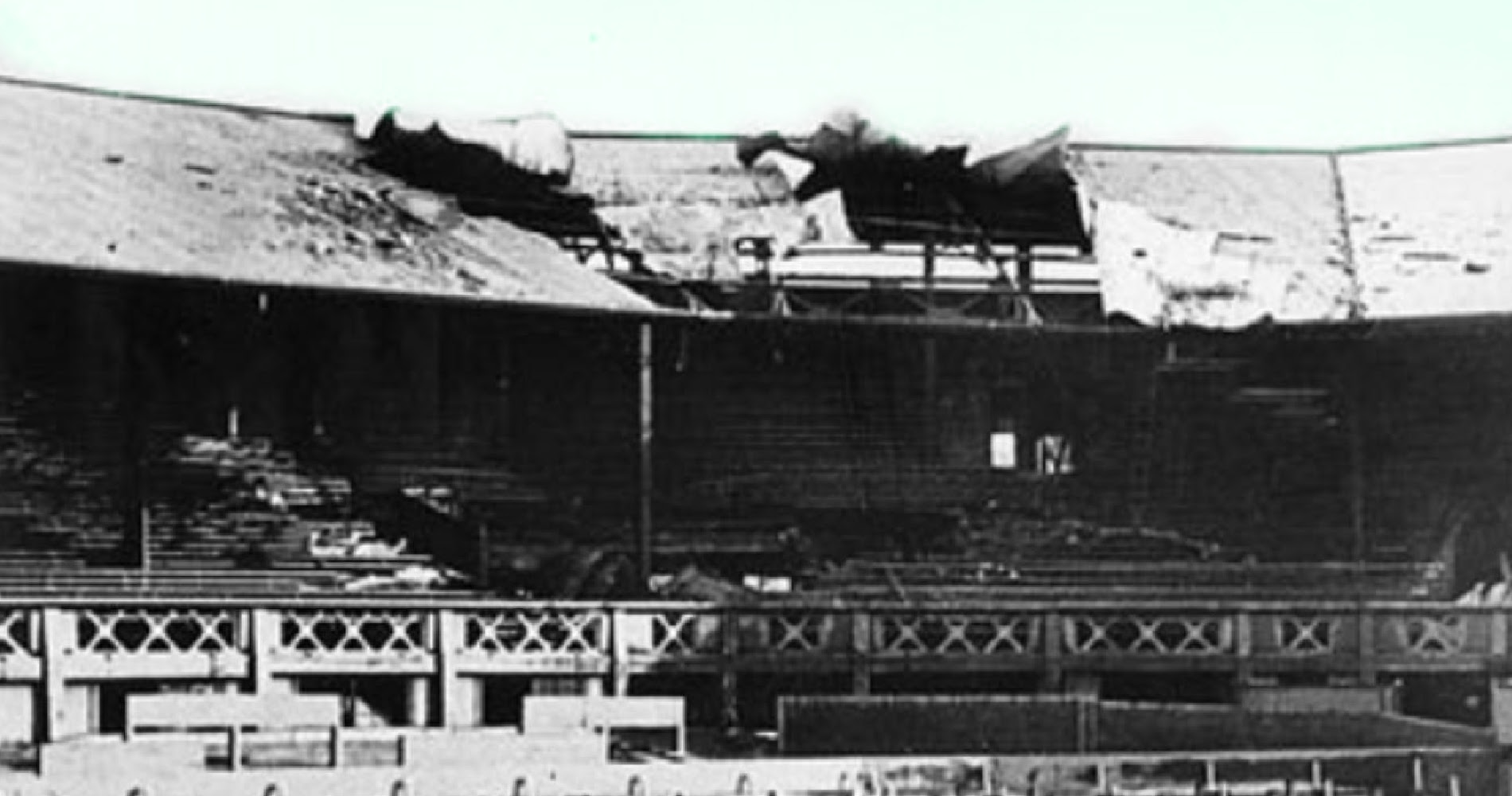 On this day, October 11, 1940, in the heart of the Blitz (the name used by the British press to describe the German bombing campaign against the United Kingdom), the All-England Lawn Tennis Club was hit by several bombs. One of them tore through the roof of a Centre Court stand, destroying 1,200 seats. It would take nine years before the AELTC could fully repair its main court, although the Championships would restart in 1946.

The All-England Lawn Tennis Club (originally “lawn tennis and cricket”) was founded in 1868, and its original location was Worple Road in the borough of Wimbledon. The first Tennis Championships were held there in 1877, but as the event grew in popularity the club was forced to move to a bigger location in 1922. That year, the Championships were held for the first time on Church Road, and, although this first edition was plagued by rain, the tournament settled there until today.

The main court of the new premises was the legendary Centre Court, which opened with a capacity of 14,000 spectators. Gerald Patterson was the first player to triumph after he read the famous Kipling poem carved above its entrance (“If you can meet with triumph and disaster / And treat those two impostors just the same”).

The last player to triumph at Wimbledon before World War II was Bobby Riggs, in 1939. War erupted less than two months later, in September 1939, and — after the Germans had defeated both Poland and France — they turned against the United Kingdom in 1940, at the end of summer. After the Royal Air Force prevailed in The Battle of Britain, the Nazis started a famous bombing campaign, which the British press named “The Blitz” (meaning “lightning”, in German), which began on September 7. From that day, London was systematically bombed by the Luftwaffe for 56 of the following 57 days and nights.

In these days, the All-England Club changed purposes. According to John Barrett, author of Wimbledon: The Official History, “One of the car parks was ploughed up to grow vegetables. Another housed pigs, chickens, ducks, geese and rabbits in temporary wooden homes, while the main concourse echoed to the marching feet of detachments of the London Welsh and London Irish regiments.” Some of the buildings were also used by fire, ambulance and first-aid services.

Unfortunately, on October 11, war hit the All-England Club in a more violent way. The borough of Wimbledon was often targeted by German raids, being home to two factories important to the war effort. That night, the club, which had been spared so far, ran out of luck as five bombs hit the property. Two fell on the golf course at Wimbledon Park, one landed in Church Road at the north-east entrance, and one demolished the club’s tool house and one fell on Centre Court. The roof was torn, and 1,200 seats were destroyed by the explosion.

During the entire war, the grass courts were maintained at the All-England Club. As soon as June 1945, barely a month after the end of World War II, a tournament featuring players from the armed services was held, hosting no less than 5,000 spectators. The actual Championships were not resumed before 1946, before the Centre Court was fully repaired, and the first post-war champion was Frenchman Yvon Petra. The club’s board faced other challenges while holding such an event in such times, mainly because of rationing.

In 1979, a renovation was conducted on the Centre Court to add 1,000 seats to its capacity, but the biggest transformation took place in the 2000’s, when a retractable roof was built. Unveiled in April 2009, it put an end to the famous Wimbledon rain delays.