Every day, Tennis Majors takes you back in time to relive a tennis event which happened on this specific day. On this day in 2007, three-time Grand Slam champion Lindsay Davenport completed her comeback after giving birth to her son with an unexpected title

On this day, September 16 in 2007, Lindsay Davenport triumphed in Bali, her first tournament after she gave birth to her son Jagger, three months earlier. To claim the title, the former world No 1 eliminated world No 3 Jelena Jankovic in the quarter-final, before defeating world No 12 Daniela Hantuchova, in the final (6-4, 3-6, 6-2). Although she would continue her spectacular return to the game by winning three other tournaments, the American would not be able to break into the top 10 again, and would retire at the end of 2008, after becoming pregnant with her second child.

Lindsay Davenport was born in 1976. She turned professional in 1993, and during that season, she claimed her first title at the European Open in Switzerland, reached the fourth round at the US Open, and beat Gabriela Sabatini, world No 6, in Philadelphia (6-4, 6-2), to finish the year as world No 20. In 1994, she entered the top 10 and finished runner-up at the WTA Championships (defeated by Sabatini, 6-3, 6-2, 6-4), but in 1995, disturbed by family issues, she gained weight and failed to remain a top 10 player. The following year, she worked hard on her physical conditioning and claimed her biggest title at the time at the Olympic Games in Atlanta, where she defeated Arantxa Sanchez-Vicario in the final (7-6, 6-2). 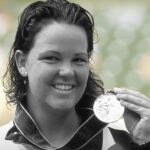 In 1997, she won no less than six titles, and reached the semi-final at the US Open, beaten by Martina Hingis (6-2, 6-4). She reached the top of the rankings in 1998, becoming world No 1 after a fantastic year during which she lost in the semi-finals at both the Australian Open and Roland-Garros before claiming her first Grand Slam title at the US Open, taking revenge against Hingis (6-3, 7-5).

Daniela Hantuchova was born in 1983. The Slovak entered the top 100 in 2001, and her breakthrough season, which also proved to be the best in her entire career, was in 2002. That year, she unexpectedly triumphed at Indian Wells as the world No 26, defeating world No 7 Justine Henin in the fourth round (6-3, 6-3) and world No 4 Martina Hingis in the final (6-3, 6-4). Later, she reached the quarter-finals at both Wimbledon and the US Open, each time defeated by Serena Williams in straight sets.

In January 2003, she reached world No 5, her highest ranking ever, after reaching the quarter-finals at the Australian Open (lost to Venus Williams, 6-4, 6-3). In the following years, she was unable to hold on to her top 10 ranking, and her ranking even dropped to world No 62 at the end of 2004. Back in the top 20 in 2005 and 2006, she surprisingly never went past the fourth round at a Grand Slam tournament in these years. In 2007, she claimed her second career title, at Indian Wells again, beating Svetlana Kuznetsova in the final (6-3, 6-4). In September that year, she was the 12th best player in the world.

The place: The island of Bali

The Indonesian Open was established in 1994. Always held on hard courts after the US Open, it was held at different venues over the years, first in Surabaya, then Kuala Lumpur, before landing in Bali in 2001. It’s roster of champions included Elena Dementieva (2003), Svetlana Kuznetsova (2004) and Lindsay Davenport (2005).

The facts: Davenport in shock after winning the title

During Lindsay Davenport’s pregnancy, there had been much speculation about her potential return to the game. In July 2007, a month after the birth of her son, Jagger, she announced her comeback in September. The American participated in three tournaments until the end of the season before a full-time return to the tour in 2008.

The first of the three tournaments on her schedule was Bali. In her opening match, the former world No 1 reassured her fans she was on form: her fierce groundstrokes were sharp enough to dismiss Eleni Daniliidou (world No 37), 6-2, 6-2. In the quarter-final, she faced a much tougher challenge in Jelena Jankovic, ranked No 3 in the world, who had reached the semi-final at Roland-Garros and the quarter-final of the US Open. Although she dropped the second set, Davenport got through Jankovic 6-4, 2-6, 6-2. After a semi-final easily won against Sara Errani, world No 90 (6-1, 6-3), she was to face Daniela Hantuchova in the final. The Slovakian, who had started the season with a great victory at Indian Wells, had not been in great form in the weeks leading up to Bali, where she had not faced any top 100 player before the final.

With two players offering up contrasting game styles, the final turned out to be an interesting mind game. While Hantuchova was trying to move Davenport around to prevent her from dictating the game, the American tried to shorten the rallies as much as possible with her heavy hitting. After they split the first two sets, the former US Open champion eventually overpowered her opponent in the final set, sealing her win, 6-4, 3-6, 6-2.

“It’s just overwhelming and exciting,” said Davenport, according to Reuters.com. “Obviously, playing my first tournament back was unsure physically how I would respond and I swear this is probably the first tournament I’ve played in four years where I didn’t have anything wrong with my lower extremities. I think a lot just had to do with being excited to be back out there and being fresh to play. But I never would have expected this to happen so I’m a little bit in shock.”

What next? Davenport wins two more titles in 2008

In the following weeks, Davenport would reach the semi-final at the China Open (defeated this time by Jankovic, 6-3, 7-5), and claim a second title at the Bell Open in Canada (defeating Julia Vakulenko, 6-4, 6-1). She would begin 2008 with two more tournament wins, in Auckland and Memphis, but the rest of her season would not match this promising start, and she would not achieve any remarkable Grand Slam results. At the end of the year, she would announce her second pregnancy, and this time, she would not return to the game in singles. In total, the American claimed 55 singles titles, including three Grand Slams, and remained world No 1 for 98 weeks. She had also claimed 38 WTA doubles titles and had topped the doubles rankings as well. 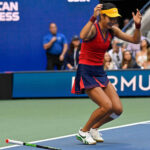