September 17, 1960: US Nationals finals bounce back after Hurricane Donna delay

A quartet of legendary players had to wait a week after the semi-finals to play the US Open final on this day in 1960.

On this day, September 17, 1960, the US National Championships finals were played a whole week after the semi-finals, as New York was hit by Hurricane Donna. Both the men’s and women’s finals were scheduled on the same day – Neale Fraser claiming his last Grand Slam title, while Darlene Hard eventually triumphed at the US Nationals after having previously lost in the final. It was the longest delay ever seen in a major tournament. 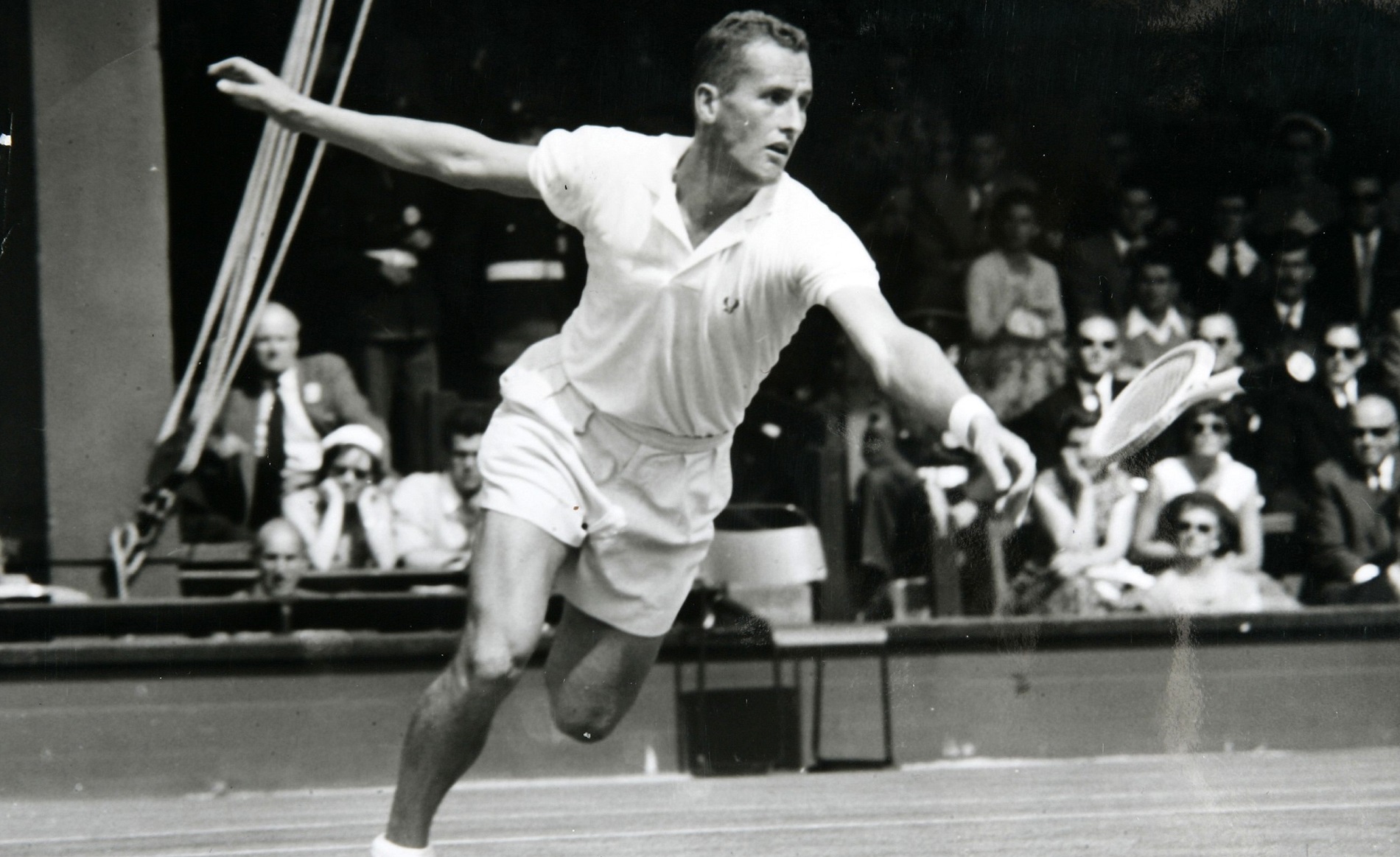 Rod Laver was born in 1938, in the town of Rockhampton, Australia. The lefty from Queensland obtained his first remarkable success in 1957, when he became both the Australian and the US champion in juniors. He made himself famous in 1959, reaching the three finals at Wimbledon (singles, doubles and mixed doubles) and being a part of the Australian team who won the Davis Cup. In 1960, he claimed his first Grand Slam title at the Australian Championships, held that year in Brisbane, and he finished runner-up at Wimbledon a second time.

Darlene Hard was born in 1936 in Los Angeles, California. In singles, she had obtained numerous great results in Grand Slams since 1955. She finished runner-up twice to Althea Gibson, the first time at Wimbledon in 1957 (lost 6-3, 6-2), and the second time in 1958 at the US Nationals (lost 3-6, 6-1, 6-2). In 1960, she conquered her first Grand Slam title at Roland-Garros, defeating Yola Ramirez in the final (6-3, 6-4). Hard was even better in doubles, where she had already accumulated eight major titles.

Maria Bueno, from Brazil, was born in Sao Paulo in 1939. In 1959, she was considered the world No 1 after she triumphed at Wimbledon (defeating Darlene Hard, 6-4, 6-3) and at the US Nationals (beating Christine Truman, 6-1, 6-4). In 1960, defeated by Darlene Hard in the semi-finals at Roland-Garros, she successfully defended her title at the All England Club, beating Sandra Reynolds, 8-6, 6-0. She also held three major crowns in doubles.

The US Open (known as the US Nationals before 1968 and the start of the Open Era) was established in 1881, and, although it is the only Grand Slam to have been played every single year without an interruption since its beginning, it moved several times throughout the 20th century. First held in August 1881 on grass courts at the Newport Casino, on Rhode Island, the tournament moved to New York in 1915, where it was held at the West Side Tennis Club at Forest Hills.

Everything had started normally at the 1960 US National Championships. It was not before the semi-finals were completed, on September 10,  that things were turned upside down. After Fraser and Laver, as well as Hard and Bueno, progressed to the finals, Hurricane Donna was raging, and although its eye didn’t approach the West Side Tennis Club, it caused enough rain to make playing impossible for seven days. Never before in tennis history have players waited so long to finish a Grand Slam tournament.

On September 17, the grass courts were eventually suitable for play at Forest Hills. Fraser, the defending champion, defended his title, beating Laver in a battle of lefties, 6-4, 6-4, 10-8, achieving the feat of winning the US Nationals without dropping a single set. It was the third time the two Aussies faced each other in a Grand Slam final in 1960, and Fraser took the lead, 2-1, having won at Wimbledon after losing to Laver in Brisbane.

The women’s final was more competitive. In 1959, Darlene Hard had lost to Maria Bueno in the Wimbledon final, and later, in the US Nationals semi-finals. The two players knew each other very well – they had even won the US Nationals doubles titles together. Hard, who had accumulated much confidence by triumphing at Roland-Garros in June, took the first set (6-3). The defending champion didn’t give up so easily and won a close second set, 12-10. In the decider, the American eventually prevailed, 6-4, claiming her second Grand Slam crown.

While Neale Fraser would not claim any more major titles, Rod Laver would become the greatest player of his time, completing the calendar Grand Slam twice: the first one in 1962 as an amateur, and the second one in 1969, in the Open Era. In the meantime, he would have also become the best professional player in the 1960s. 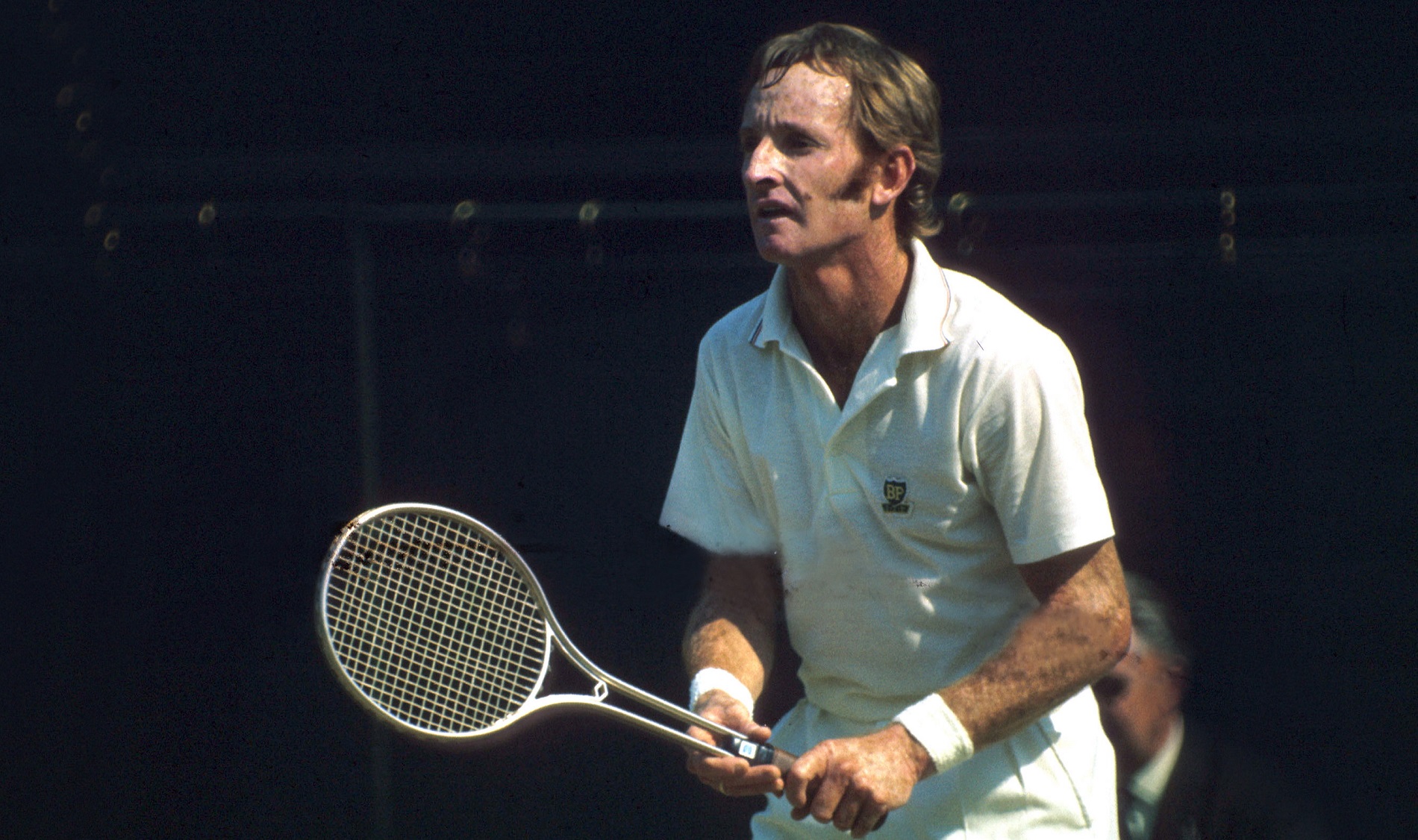 Darlene Hard would defend her US Nationals title in 1961, claiming the last of her three Grand Slam crowns. At the end of her career, she would hold 13 major crowns in doubles, five of these partnering Maria Bueno. Bueno would win four more major tournaments in singles, the last one at Forest Hills in 1966.