September 28, 2000: The day the Williams sisters won the gold medal

Every day, Tennis Majors takes you back to one of the most iconic moments in tennis history. On September 28, 2000, the Williams sister won the Olympic gold medal at Sydney, the day following Venus’ title in the singles’ draw. 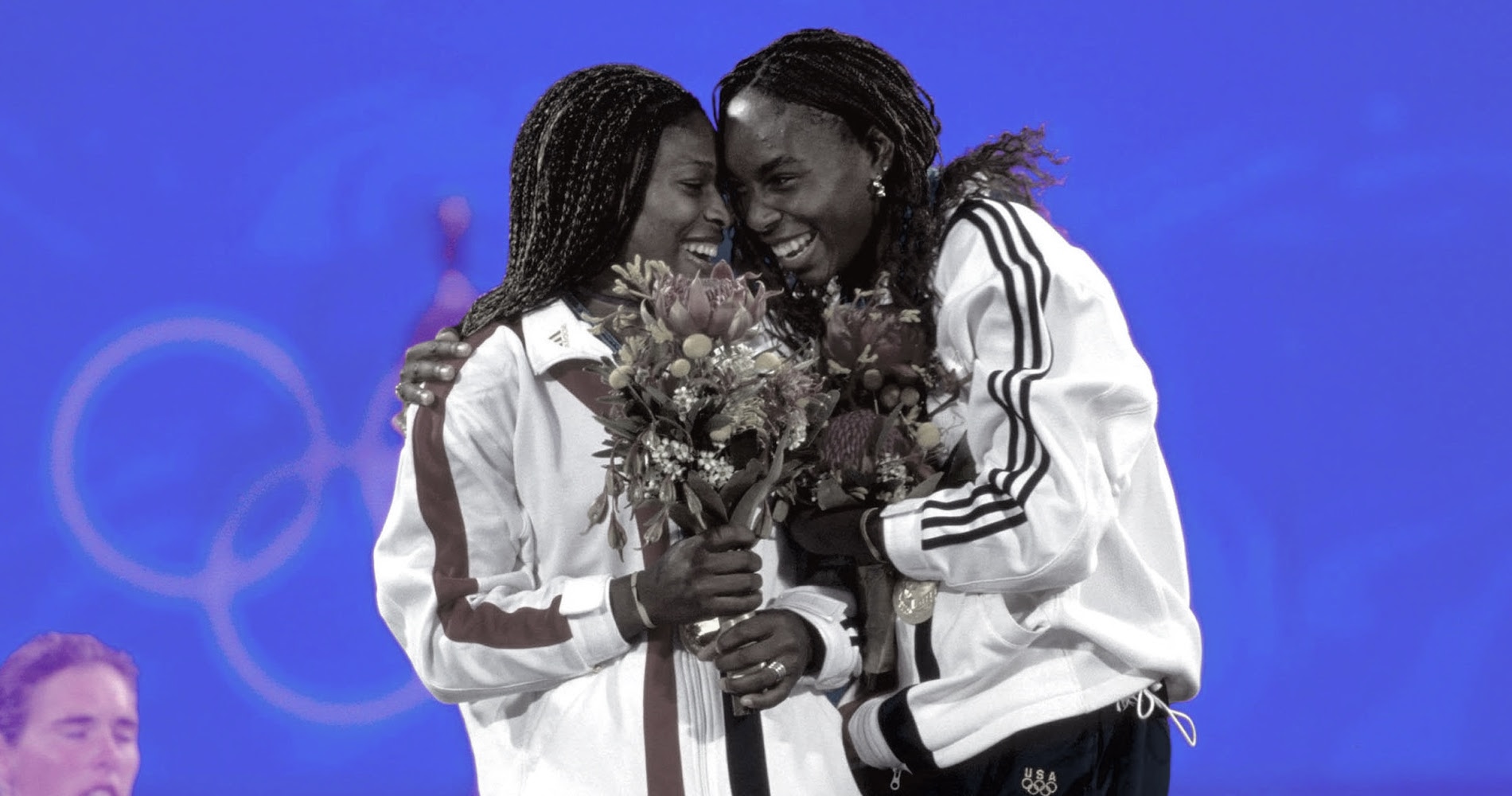 The Williams sisters at the top of the world: What happened exactly on that day

On this day, September 28, 2000, the Williams sisters triumphed in doubles at the Olympic Tournament in Sydney, 24 hours after Venus had already clinched the gold medal in singles. To achieve that feat, the American sisters dismissed Kristie Boogerts and Miriam Oremans, for the Netherlands, 6-1, 6-1, to finish a tournament during which they had only dropped one set. The Williams triumph was also the continuation of the United States in women’s olympic events : for the third consecutive time, after 1992 and 1996, all gold medals had been claimed by the American team.

The American team : the Williams sisters

Venus Williams was born in 1980. Coached by her father Richard, she was heralded as tennis prodigy since her first steps on the tour, in 1994. However, it was not until 1997 that she broke into the top 100, obtaining her first significant result in Palm Springs, reaching the quarterfinals after defeating world No 9 Iva Majoli (7-5, 3-6, 7-5). She drew a lot of attention to herself thanks to her powerful groundstrokes, mixed with her charisma and the heavy promotion made by her father. Her younger sister, Serena, was also beginning a career in professional tennis, and their father had boldly predicted that one day, they would face each other in a Grand Slam final.  After a first major final loss at the 1997 US Open against Martina Hingis (6-0, 6-4), Venus fulfilled her potential in 2000, triumphing at both Wimbledon and the US Open, each time defeating Lindsay Davenport in the final. She was now world No 2. 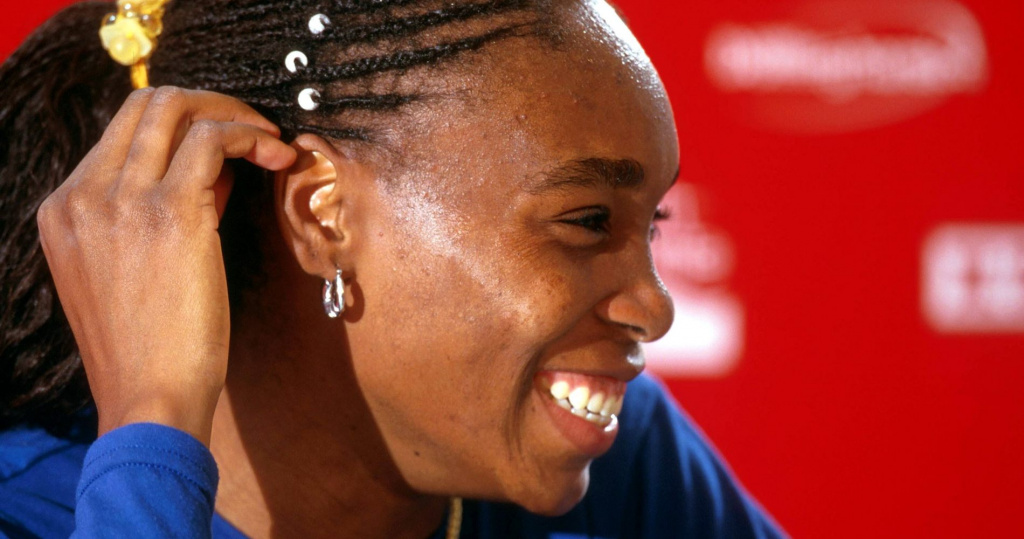 Serena Williams, born in 1981, was the youngest of the Williams family. Her older sister Venus, at the start of her career in 1997, had declared that her main rival for world No 1 would be her younger sister Serena. At the time, the tennis experts did not know whether she was joking or just being provocative. They soon discovered how serious Venus was. In 1998, aged only 16, she beat several top 10 players, including world No 3 Lindsay Davenport in the quarter finals of the Sydney Open (1-6 7-5 7-5), and reached the quarter finals several times to end the season as world No 20. 1999 was her breakthrough year. She claimed her first title in Paris Coubertin, at the age of 17, defeating local player Amélie Mauresmo (6-2 3-6 7-6). In Miami, she defeated world No 1 Martina Hingis in the semi-finals (6-4 7-6), only to finish runner-up to Venus in the first ever all-sister final in tennis history. After a disappointing French Open, an injury forced her to pull out of Wimbledon. But in the summer, she won a third tournament in Los Angeles and at the US Open, she astonished the tennis world by claiming her first Grand Slam title before her older sister, beating Hingis the final (6-3, 7-6). Together, Venus and Serena had already claimed three Grand Slam crowns in doubles : Roland-Garros and the US Open in 1999, and Wimbledon in 2000.

Kristie Boogert was born in 1973. Although she had never gone past the third round of a Grand Slam tournament, she climbed as high as world No 29 in 1996. In singles, she had only reached the final of a WTA tournament once, in 2000, in Budapest (lost to Tathiana Garbin, 6-2, 7-6). In doubles, she had claimed three titles, all in 1996, thus reaching the 16th rank on the WTA ranking.

At the 2000 Sydney Olympics, Venus Williams had already confirmed her new hold on the tour. After triumphing at Wimbledon and the US Open, she had claimed the gold medal in singles, defeating Elena Dementieva in the final (6-2, 6-4). She was the third consecutive American woman to seize the Olympic Gold in singles, after Jennifer Capriati in 1992 and Lindsay Davenport in 1996. Now, another challenge awaited her in the doubles event, which she played with her sister Serena, who, although she was world No 8, had not been able to enter the singles draw as one country could only sign up three players : for the USA, it had been Lindsay Davenport (world No 1), Venus Williams (world No 2) and Monica Seles (world No 5). 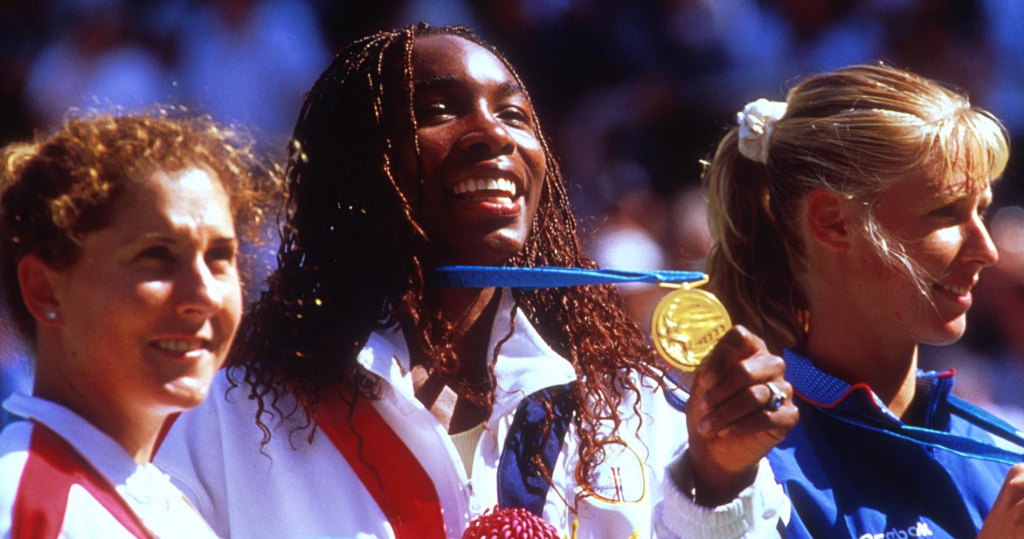 Venus and Serena were qualified for the final, where they could set three milestones. First of all, they could become the first sisters to clinch the Olympic Gold in doubles. Venus could also become the first player since Helen Wills, in 1924, to triumph both in singles and doubles at the same Olympic Games. Eventually, they could clinch a third consecutive American title in doubles, after Gigi and Mary Joe Fernandez, who were cousins, had triumphed in 1992 and 1996.

In the final, against Miriam Oremans and Kristie Boogert, the Williams sisters showed no mercy. After only 49 minutes of play, Serena slammed a last overhead to seal the victory, 6-1, 6-1.

“For me, this is almost bigger than singles,” said Venus, according to ESPN.com. “To have a victory like this with Serena, my sister and best friend, doesn’t happen very often. (…) To be a part of history is really important.”

Meanwhile, Serena was also pleased with the outcome.

“It was a happy moment for me Wednesday, watching Venus win. It was the same kind of feeling today. Every year I can win a Slam. This is every four years, and you never know what’s going to happen.”

This Olympic success was only the start of the Williams sisters’ unbelievable list of achievements. As their father had predicted, they would become world No 1 and world No 2 and face each other in numerous major finals. Venus would claim 7 Grand Slam titles in singles, and 14 in doubles, partnering her sister. Serena would secure 23 Grand Slam crowns in singles, and one of her most amazing feats would be known as the Serena Slam :  she would win four consecutive major titles in 2002 and 2003, each time defeating her sister Venus in the final.

At the 2008 Olympics, in Beijing, Venus and Serena would obtain another gold medal in doubles. Although their triumph in Sydney was already a great achievement, the Williams sisters would reproduce it in 2012, in London, triumphing in doubles after Serena had won the singles event.