September 12, 2009: The day Kim Clijsters became the first wildcard to win the US Open

Every day Tennis Majors looks back to the biggest moments in tennis history. On September 12, 2009, Kim Clijsters, who had just come back on the Tour after a two-year hiatus, won the US Open without even holding a WTA ranking 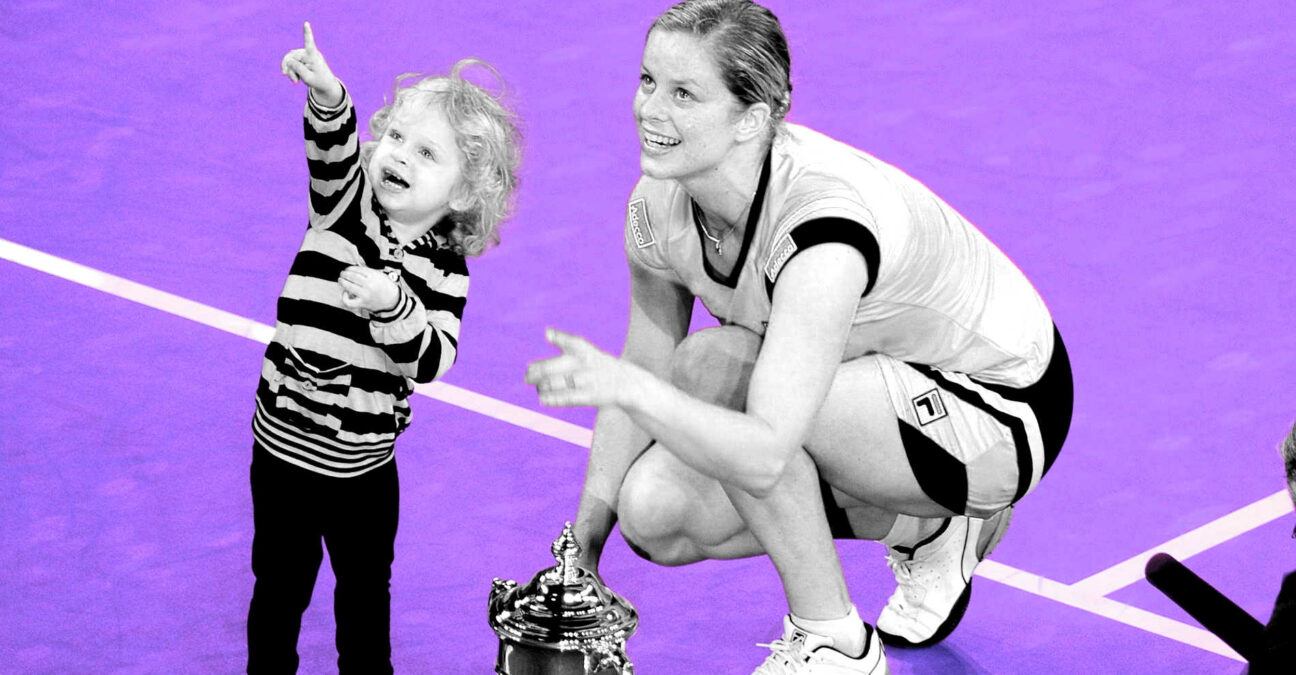 On this day, September 12, 2009, Kim Clijsters, who had temporarily retired from tennis in 2007 and had only attended two events before the US Open, defeated Caroline Wozniacki in the final 7-5, 6-3 to become the first woman to win a Grand Slam after having been invited into the main draw as a wildcard. The Belgian was also the first unseeded female player in the Open era to lift the trophy at Flushing Meadows, and she was the first mother to claim a major title since Evonne Goolagong at Wimbledon in 1980.

Kim Clijsters, born in 1983, had been one of the best players in the world since she reached the French Open final in 2001, where she was defeated by Jennifer Capriati after a breathtaking two-and-a-half-hour match (1-6, 6-4, 12-10).  She won her first major title in 2002, at the WTA Finals, held in Los Angeles, defeating Serena Williams in the final (7-5, 6-3). Her game style was mainly aggressive, with the ability to dictate the game from the first shots, but she was also known for her exceptional movement and her trademark splits, sliding even on hard court, retrieving every ball. In her peak year 2003, she became the first Belgian to reach world No 1. That year, she competed in 21 singles events, reaching the semi-finals in all but one of them, advancing to 15 finals, and winning nine titles with a record of 90–12. The only thing she didn’t manage to achieve was claiming a Grand Slam title: she played the semi-finals at the Australian Open and Wimbledon, and she was runner-up at both the French and the US Open, being defeated each time by fellow Belgian Justine Henin. In 2005, after a great summer, she finally won her first Grand Slam Title at the US Open, defeating Mary Pierce in the last round (6-3, 6-1). As the winner of the US Open Series, Clijsters doubled her prize money, receiving a $2.2 million prize (at the time, the largest in women’s sports history). To general astonishment, she announced her retirement in May 2007, in order to start a family, but two years later, she came out of that retirement. She played her first event at Cincinnati thanks to a wildcard, and as she defeated world No 6, Svetlana Kuznetsova, to reach the quarter-finals, she gave everyone a warning that she was there to compete for the big titles.

Born in 1990, Caroline Wozniacki, a Danish player with Polish roots, made her professional debut in 2005. Two years later, she entered the top 100, but her breakthrough year was 2008. That year, relying on great consistency and exceptional footwork, she claimed her three first WTA titles (the most important one in New Haven, where she defeated Ana Chakvetadze in the final, 3-6, 6-4, 6-1) and reached the US Open fourth round (lost to Jelena Jankovic, 3-6, 6-2, 6-1). Thanks to these results, she finished the year as world No 12, and she kept improving in 2009, adding three more titles to her list of achievements and climbing as high as world No 8.

The US Open (known as the US National Championships before 1968 and the start of the Open Era), was established in 1881, and, although it is the only Grand Slam to have been played every single year without an interruption since its beginning, it moved several times locations throughout the 20th century. First held in August 1881 on grass courts at the Newport Casino, on Rhode Island, the tournament moved to New-York in 1915, where it was held at the West Side Tennis Club, at Forest Hills until 1977 (with the exception of years 1921-1923, when the event was moved to Philadelphia). In the years 1975-1977, the event was played on clay. In 1978, the US Open left the West Side Tennis Club, which was now too small for such an important event, for the USTA National Tennis Center, located in Flushing Meadows, New-York. At the same time, the decision was made to change the surface to hard courts. The Tennis Center was one of the biggest tennis complexes in the world:  its center court was the Arthur Ashe Stadium, which had a capacity of 23,000 spectators.

The facts: Clijsters had the momentum and the drive to win again

When the 2009 US Open began, Kim Clijsters had not been defeated at Flushing Meadows since 2003 and her loss in the final to her forever rival, Justine Henin. In fact, the Belgian, who had skipped the event in 2004, had claimed her first Grand Slam title here in 2005, and, injured in 2006, she had then retired from the game, missing the 2007 and 2008 editions. However, two years later, after having given birth to her first child, Clijsters decided to come back on the Tour. Her first results were encouraging: in her first two tournaments, she defeated two top 10 players (Svetlana Kuznetsova and Victoria Azarenka), and when, thanks to a wild card, she entered the US Open draw without a WTA ranking and therefore, unseeded, not many players wanted to be in her part of the draw.

The first seed to fall against Clijsters was No 14, Marion Bartoli, in the second round (5-7, 6-1, 6-2), but her first big upset took place in the round of 16, where she defeated the third seed, Venus Williams (6-0, 0-6, 6-4). A few days later, the unstoppable Belgian also defeated Serena Williams, in a match where the American got so angry at the officials that she was defaulted on match point (6-4, 7-5). Thanks to that feat, Clijsters was the first player to beat both Williams sisters in the same tournament twice (the first time was in Miami, in 2002). It was the first of many records set by Clijsters in that tournament.

In the final, the Belgian faced Caroline Wozniacki, a 19-year-old Danish girl who had recently broken into the top 100, and who had gone past the fourth round of a Grand Slam tournament for the first time in her career. Her defensive game style couldn’t stop Clijsters from dictating the game, which the former world No 1 did with great focus and great consistency to prevail in straight sets, 7-5, 6-3, after one hour and 33 minutes of play.

“I can’t believe this has happened, it’s still so surreal, that in my third tournament back I won my second Grand Slam,” Clijsters said, according to the New York Times, after having lifted the trophy in front of her 18-month-old daughter, Jada.“It’s a great feeling to have, but it’s confusing in a lot of ways that it happened so quickly.”

The first wild card to ever win a ladies Grand Slam tournament (a feat achieved only once on the men’s Tour, by Goran Ivanisevic, at Wimbledon, in 2001), Clijsters was also the first unseeded female player in the Open era to triumph at the US Open, and the first mother to clinch a major trophy since Evonne Goolagong, in 1980.

“We tried to plan her nap time a little bit later,” she joked, talking about her daughter. “It’s the greatest feeling in the world being a mother.”

What next: Clijsters wins more Grand Slams; Wozniacki becomes No 1

Kim Clisjter’s new career saw her competing in fewer tournaments, in order to maintain a family life, but was extremely successful. She would still claim two more Grand Slam crowns, a third one at the US Open in 2010, and a fourth and last one at the Australian Open 2011, being the first player to claim more Grand Slam titles after becoming a mother than before. That year, she would also reclaim the world No.1 spot from Caroline Wozniacki, for only one week. Her body would then start giving up again, and she would suffer from her shoulder, ankle and abdominal muscles. Her appearances would become rare and she would retire a second time after Wimbledon 2012. In 2020, Kim Clijsters would try  a second come-back, which she would begin in Dubai (defeated by Muguruza, 6-2 7-6), but it would be interrupted by the coronavirus crisis.

In 2010, Caroline Wozniacki would reach world No 1, a spot she would hold for 71 weeks throughout her career. After been criticised for years for failing to claim a Grand Slam title, she finally triumphed at the 2018 Australian Open, defeating Simona Halep in the final (7-6, 3-6, 6-4). She would retire after her third-round loss at the 2020 Australian Open.