The top-ranked players don’t often miss a Grand Slam, but when they do, it can be good news for the rest of the field. And there have been some very unusual reasons why the top stars have skipped a Major – find out more. 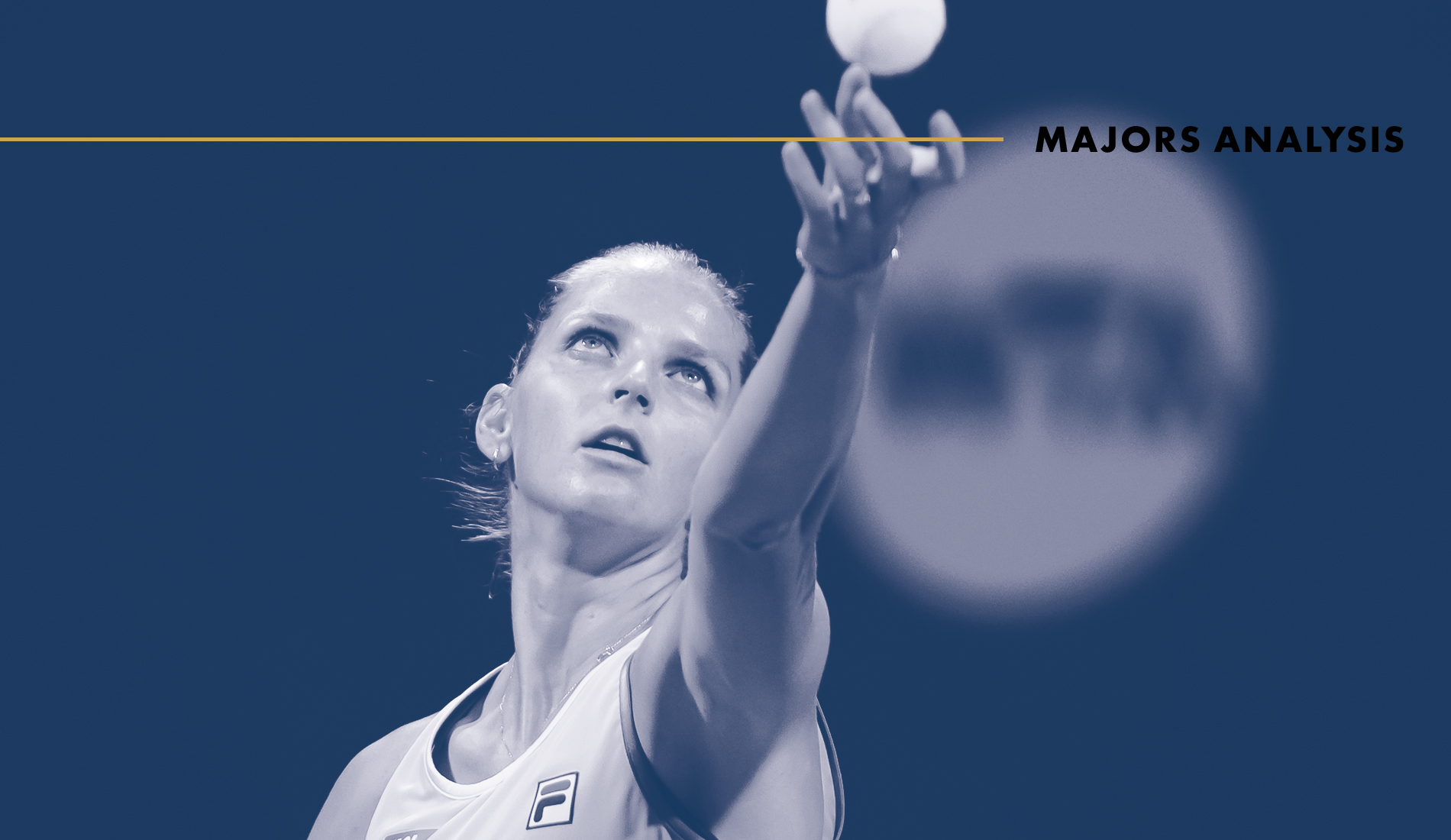 Ashleigh Barty opted to miss the US Open this year due to understandable concerns over travelling in the middle of the global coronavirus pandemic.

But the world No 1 missing a Grand Slam isn’t unusual – in fact, it’s happened 18 other times since rankings began.

And Karolina Pliskova should take heart from the history.

Serving for the first win at @usopen 🎾 pic.twitter.com/XGdhQXAd9I

In the absence of the world No 1, the tournament’s top seed has won the title nine times, and been the runner-up five times.

Having said that, the last world No 1 miss out was a decade ago. That was the year when Serena Williams cut her foot on some glass in a restaurant in Munich and was forced out of the 2010 US Open.

But in the 1970s, the top-ranked woman in the world missed plenty of Slam events.

The Australian Open was often hit hard by the absence of stars, who did not want to head to the other side of the world and rack up such an expensive journey. That was particularly the case when it was scheduled for December and they would have to miss out on festive celebrations at home.

But when Chris Evert was world No 1, she – along with plenty of her colleagues – opted to play in World TeamTennis, right up until 1978. And that meant they all missed out on at least one Slam by necessity. Philippe Chatrier, president of the French Tennis Federation, banned any WTT players from taking part in the French Open.

Martina Navratilova missed the Australian Open in 1978 and 1979, plus Roland-Garros in 1979 and 1980. (And Pliskova will be relieved that she has already avoided the fate of the top seed for the 1979 Australian Open. Top seed Virginia Ruzici of Romania was knocked out in the first round, losing to Australian Mary Sawyer 6-0, 2-6, 4-6.)

After the Australian Open in 1980, though, the women’s World No 1 was present and correct at all the Slams up until Wimbledon in 1991. Monica Seles, enjoying a dominant year and having already picked up two Slam trophies, withdrew from the tournament two days before her debut in SW19. The late notification of her absence meant she picked up a $6,000 fine. There was plenty of speculation around the reason for her not showing up before she finally revealed she had a stress fracture in her left leg.

Seles missed Roland Garros two years later after the shocking incident where she was stabbed on court at a tournament in Hamburg. She did not return to action until July 1995.

Injury prevented Steffi Graf from competing in two Grand Slams during her reign as world No 1 – the 1995 Australian Open with a calf injury, and the same tournament a year later with a foot problem, although by that point she was co-No 1 with Seles.

All smiles, all class…

Justine Henin was the next world No 1 to miss out on a Slam, forced out of Wimbledon 2004 on doctors’ order after she contracted mononucleosis. At the start of 2007, she pulled out of the Australian Open, citing family reasons, and announced her separation from her husband a few weeks later – retiring the following year.

Current world leader Novak Djokovic is, of course, in New York this year. 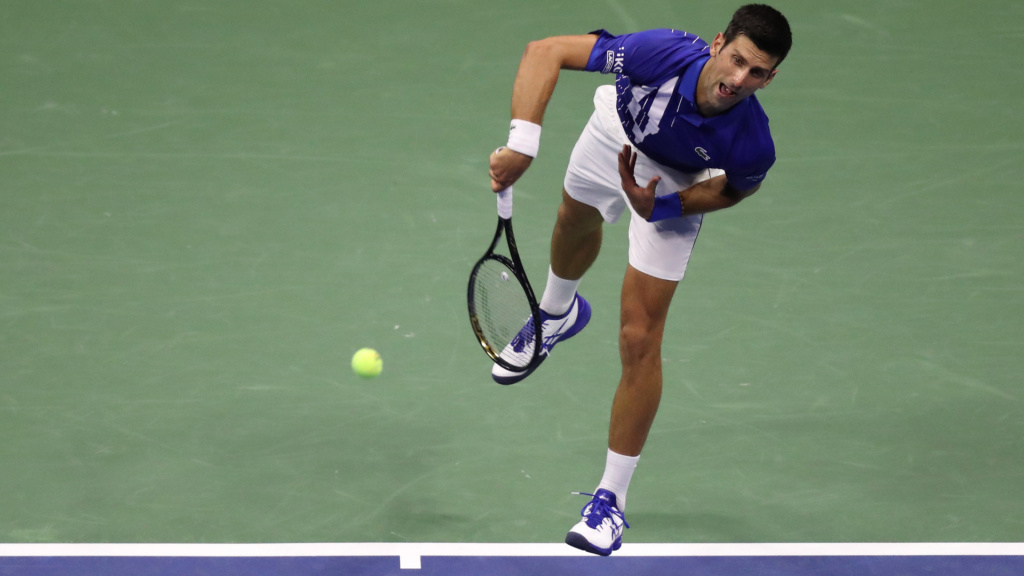 However, the men’s world No 1 has been absent from a Slam 21 times – but not in the past decade. Rafael Nadal was the last one to miss out – skipping Wimbledon as defending champion in 2009 due to knee problems. That subsequently allowed Roger Federer the chance to reclaim top ranking.

During the 1970s, the male players had the same issues as their female counterparts with the timing of the Australian Open and the sanctions imposed on them by the French Open for playing World TeamTennis.

Cutting it fine with suspension

In the 1980s, John McEnroe had a chequered attendance record at Slams during his spells at the top of the rankings. He missed the Australian Open in 1981 and 1982 due to the scheduling, playing there for the first time in 1983. Then he picked up a wrist injury a couple of days before the 1984 edition. (He was fortunate to be eligible at all following his suspension for yelling abuse at an umpire in Stockholm a few weeks previously.)

Ivan Lendl skipped Roland-Garros in 1990 to focus on his preparation for the upcoming Wimbledon, the only Grand Slam he hadn’t won. (It so nearly paid off, too. He won the warm-up event at Queen’s, beating both McEnroe and Boris Becker, but couldn’t get past eventual champion Stefan Edberg at Wimbledon, losing to him 1-6, 6-7, 3-6 in the semi-final.)

Pete Sampras missed both the Australian Open and the US Open in 1999 due to injury and fatigue. Gustavo Kuerten missed Wimbledon in 2001, officially due to a calf injury – but the freshly-crowned French Open champion also complained at the time that the seeding system in SW19 penalised clay-court specialists like him, taking into account his record on grass.

So all in all, there are plenty of reasons why a world No 1 might have to miss one of the showpiece events of the year – although Barty is the first to have to make that decision due to a global health crisis. Fingers crossed that next year all the top stars will be able to be back in the same venue and fighting for the big trophies again.