Every day, Tennis Majors takes you back in time to relive a tennis event which happened on this specific day. On June 7, 2009, Roger Federer finally got his hands on the Roland-Garros title to complete the career Grand Slam 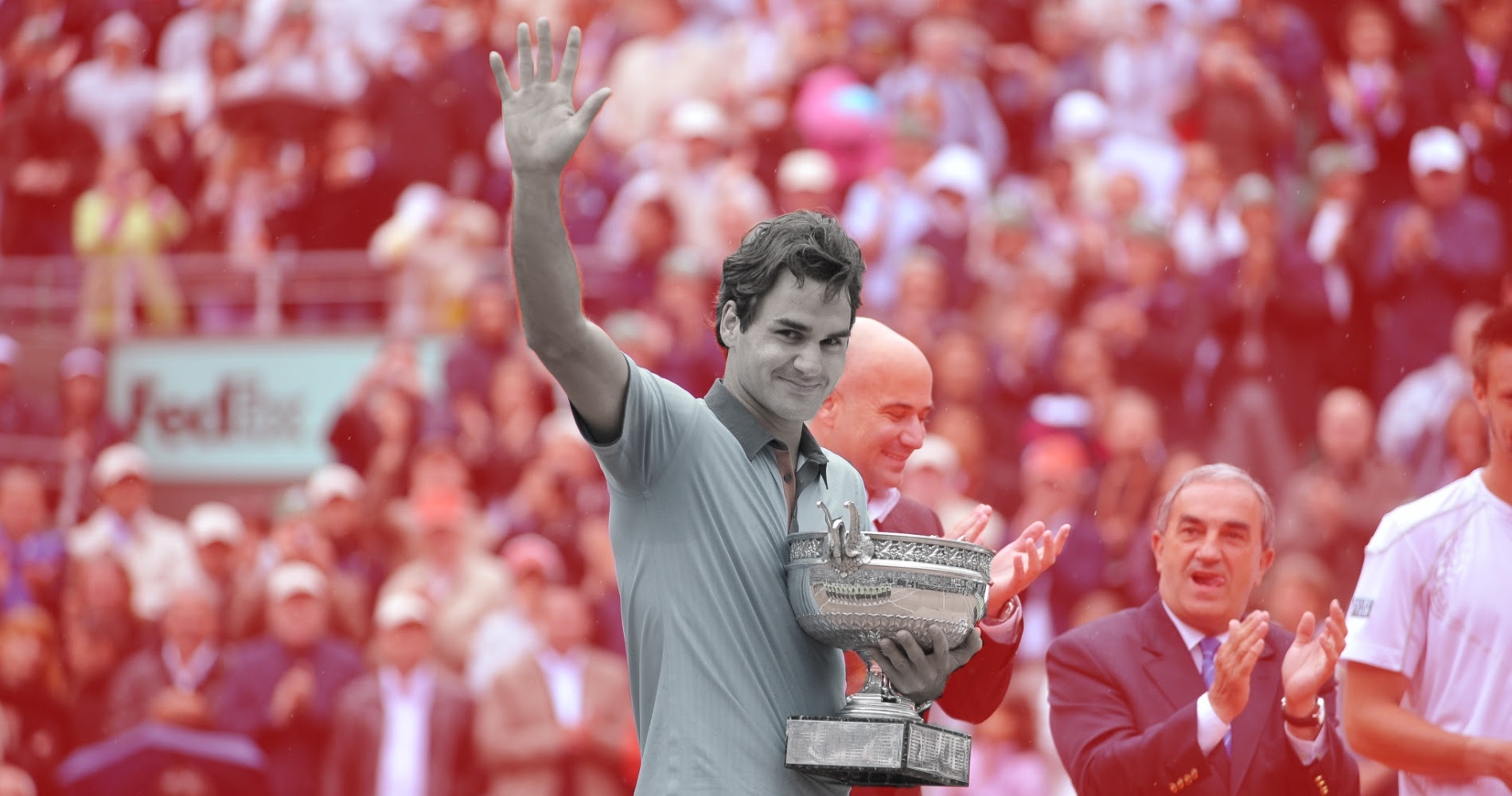 Roger Federer – On this day

What happened exactly on that day: Federer equaled Sampras

On this day, June 7, 2009, Roger Federer beat Robin Soderling 6-1, 7-6, 6-4 to finally win Roland-Garros, after having been defeated in three consecutive finals by his biggest rival Rafael Nadal. On his way to victory, he took advantage of Nadal’s surprising loss in the fourth round but also won two close five-set matches himself (in the fourth round and the semi-final). By doing so, he broke the curse to seal a career Grand Slam and also equaled Pete Sampras’ record of 14 Grand Slam titles. He had simply become the G.O.A.T. (Greatest of all time).

When the Spaniard went as far as knocking him off the world No 1 spot he had held for 237 consecutive weeks, Federer probably thought he had reached rock bottom. If this was the case, then he was wrong. Rock bottom came only at the 2009 Australian Open, when Federer lost again to his nemesis in the final, in five sets (7-5, 3-6, 7-6, 3-6, 6-2), and he could not hold back his tears during the trophy ceremony.

At this stage in 2009, Federer had also been defeated by Djokovic, Andy Murray and Stan Wawrinka. For the first time since 2000, the Swiss had not claimed a single title in the first four months of the year. Journalists had started to talk about decline but Federer claimed the title in Madrid, beating Nadal on clay only for the second time, reminding them that, as a 13-time Grand Slam champion, he was still alive and that he had not given up on his quest for Roland-Garros.

Robin Soderling, from Sweden, was born in 1984. He claimed his first title on the tour in Lyon in 2004, at the age of 20. With his powerful serve and menacing forehand, he was predicted to quickly become a top 10 player. He was often betrayed by his emotional outbursts and his results on the tour had not matched the expectations around him.

At the start of the 2009 Roland-Garros event, three months before his 25th birthday, world No 25 Soderling had only won three tournaments on the tour, Lyon being the biggest one, and he had never reached the fourth round at a Grand Slam event.

The story took place in Roland-Garros, Paris. The stadium, located in the west of Paris at the edge of the Bois de Boulogne forest, had been hosting the French Grand Slam since 1928. It was the first and now the only Grand Slam to be played on clay, the slowest surface, which made it the hardest tournament to win from a physical perspective. With the prominence of baseliners like Gustavo Kuerten, Juan Carlos Ferrero, and of course later Rafael Nadal and his extraordinary topspin, winning Roland-Garros became the biggest challenge for players like Federer who played aggressively and did not shy away from attacking the net. His clay court game was still among the best on the tour, as only one player, Rafael Nadal, had managed to defeat him in Roland-Garros in the last four years.

The last four editions of Roland-Garros had seen the same scenario repeating itself for Federer when he tried to claim the last Grand Slam title missing from his résumé. One could think that he suffered from the Roland-Garros curse, like others before him, such as John McEnroe, Stefan Edberg or Pete Sampras, except his curse was different, it was Nadal. Federer did not struggle with clay, he struggled to beat the Spaniard. Every year, he tried to conquer Roland-Garros and every year Nadal didn’t just prevent him from doing so, he crushed his heart in the process. But in 2009 everything was different. The unlikely Swede, Soderling, had stunned Nadal in the fourth round, just a week prior. The road to the Roland-Garros title had suddenly opened for Federer.

But as Nadal disappeared from the draw, something else took his place to make Federer’s journey harder; pressure. Federer knew that with his nemesis gone this might be the only opportunity for him to seize the title. The day after Soderling upset the Spaniard, Federer almost followed him home and had to come back from two-sets-to-love down against Tommy Haas (6-7, 5-7, 6-4, 6-0, 6-2). In the semi-final, a young Juan Martin del Potro also pushed him into a dangerous fifth set, but the Swiss eventually edged him out (3-6, 7-6, 2-6, 6-1, 6-4).

Now, only two things could prevent Federer from lifting the Coupe des Mousquetaires and completing a career Grand Slam; pressure and Robin Soderling.

Unlike many players who had achieved major upsets in Grand Slam tournaments, the Swede had managed to stay focused. Becoming the first player to ever beat Nadal at Roland-Garros was his biggest feat so far, but Soderling didn’t set himself any limits. In the quarter-finals, he destroyed the No 10 seed Nikolay Davydenko (6-1, 6-3, 6-1), and in the semi-finals he survived a difficult five-set contest against Fernando Gonzalez (6-3, 7-5, 5-7, 4-6, 6-4). He was now in the Roland-Garros final; and with his high-risk game and his tank full of confidence, the Swede was eager to take on Federer.

It is general knowledge that a Grand Slam final is always a special experience. It was the first one for Soderling, while Federer had already played 18 of them. More experienced, the Swiss started the match on a solid basis, putting 75 percent of first serves into court, while Soderling, very tight, was struggling. Just 23 minutes later, Federer had sealed the first set, 6-1.

In the second set, Soderling sharpened his forehand and offered some more serious resistance to push Federer into a tie-break. With a drizzle starting, Federer relied on his serve, firing four aces to claim the tiebreak 7-1.

An early break in the third set gave him the lead until the end. In the entire match, Federer served 16 aces, which was quite a performance in only three sets, played under particularly humid conditions. At 5-4, a forehand volley at deuce gave the Swiss match point. He was now only one point away from not only fulfilling his dream, but also the dream of millions of his fans who had been desperately waiting for that moment for five years.

Federer took his time before serving, waiting for the crowd to calm down and making sure he had his nerves under control. He chose to go for Soderling’s forehand, and drew a return that sailed straight into the net. Federer kneeled on the Centre Court with teary eyes; after facing so many disappointments on this very court, he was finally a Roland-Garros champion. The Swiss had become the second player, after Andre Agassi, to achieve a career Grand Slam on four different surfaces. Ultimately, with this 14th Grand Slam title, he had equaled the all-time record held by his idol, Sampras.

What next? Federer reaches 20 Slams while Soderling’s career cut short by health issues

Federer would triumph at Wimbledon a few weeks later, breaking Sampras’ record with a 15th Grand Slam title as he reclaimed the No 1 ranking on the ATP tour. The Swiss would reach a last final in Roland-Garros in 2011, where Nadal would beat him again (7-5, 7-6, 5-7, 6-1). 27 years old at the time, Federer’s decline had already been proclaimed several times by pundits.

But 11 years later, in 2020, the Swiss would continue to remain a part of a power trio dominating the game, known as the Big Three. Federer would claim five more Grand Slam titles to set an unbelievable record in men’s tennis of 20 titles.

Soderling would seize the momentum and become a steady top 10 player over the next two years. Federer would also eliminate him in the fourth round at Wimbledon and in the US Open quarter-finals in 2009, but in 2010 Soderling would make a similar splash in Paris once again, this time upsetting Federer himself in the quarter-finals (3-6, 6-3, 7-5, 6-4). He would go on to the final to face Nadal that year but this time the Spaniard would prevail in straight sets, 6-4, 6-2, 6-4.

In 2011, the Swede would cross Nadal’s path earlier in the draw, in the quarter-finals, and would fall in three sets again (6-4, 6-1, 7-6). The same year, he would claim his last title in Bastad, defeating David Ferrer in the final (6-2, 6-2), which would remain his last match. Diagnosed with mononucleosis, Soderling would never recover enough fitness to compete on the tour. After delaying his comeback for four years, he eventually announced his retirement in 2015. 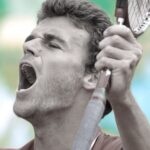