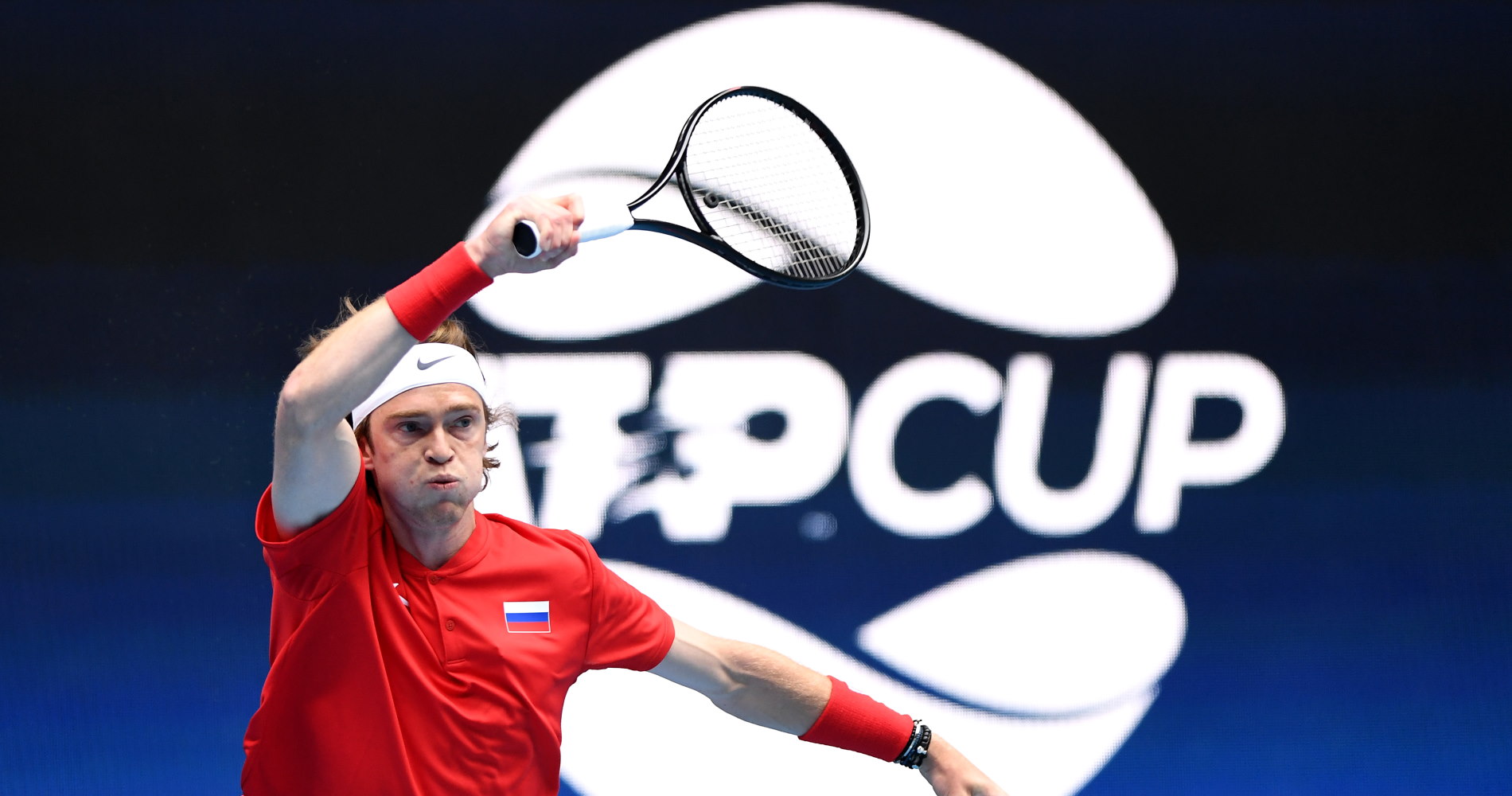 Andrey the GIANT 💪@AndreyRublev97 rolls past Fabio Fognini 6-1 6-2 to give Russia the 1-0 lead over Italy. #ATPCup pic.twitter.com/fZ22A62DLM