Federer – Sandgren : Anatomy of a miracle

Tennys Sandgren squandered an incredible seven match points on his way to a devastating loss against Roger Federer in the Australian Open quarter final. But how did this happen, and was he to blame for ‘choking’ or does Federer deserve the plaudits for hanging in there? 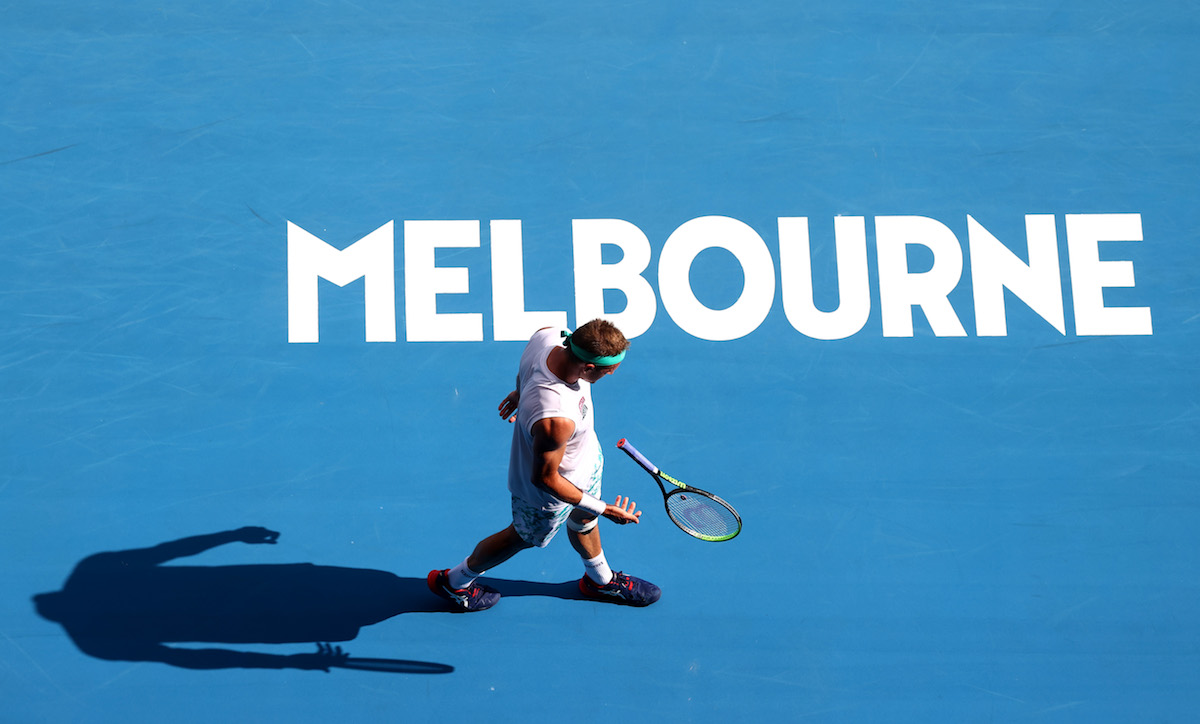 Of course, Sandgren would have been exhausted following his epic encounter against Fabio Fognini in the fourth round, but it was Federer who looked down and out and was clearly nursing injury before mounting his comeback.

With so many of the so-called ‘Next Generation’ young tennis brigade waiting in the wings to knock the ‘Big Three’ of their perch in the coming years, this may have been Sandgren’s one big opportunity to make a Grand Slam semi-final. So how did it all go wrong?

In Mats Wilander’s post-match analysis for Eurosport, Federer won because he ‘refuses to retire’ and simply had too many options in his game even when limping around the court to outfox Sandgren with different serves, spins and variety to place doubt in a nervous opponent’s mind. Crucially, for Wilander, the key for Federer was not to take risks and keep the ball in play, as typified in saving match point number 5, with Sandgren being too cautious and Federer opting to steal into the net and put away the forehand volley.

What may also irk Sandgren somewhat when he does come to look back upon this defeat, if indeed he can bring himself to, is the fact that he had four Federer second serves to look at.

And, although the Swiss is a master of spin and placement, he certainly had a good look at a couple of them and perhaps could have done more with the return, or taken more of a gamble.

“He played them well. Obviously he played them well,” said Sandgren in the post-match press conference. “I could have played them better. I’ve run through them a bunch of times. He was aggressive on one, passive on a few, came in on one, could have put the volley in a different spot. He read it well, hit two good passes. Put me in an awkward spot on the last one I had. Missed the approach. He probably would have passed me anyway. It was in a bad spot. Yeah, you know, all credit to him for sure.”

This tweet by the American journalist Ben Rothenberg from The New-York Times is spectacular. It is more than that with those details : on the 7 points played, Federer shot the ball 39 times : no unforced error and 1 winner was enough to make the miracle happen.

So, one can also say it’s also down to experience, and after all, this is Roger Federer we’re talking about. Not just another player who has pulled off a miracle of an upset. Just one of the greatest of all time doing what he does best on the biggest stage of all. Not that Sandgren will take any comfort from that.

When asked whether he could have done anything differently, Sandgren was measured in his response.

“Maybe go for a backhand cross-court full power. Probably had eight or nine that I played pretty good, but maybe I could have opened it up a little bit more. I was hitting my backhand well the whole day. Maybe I could have done more with that.”

What’s the rule here folks- a double shot for each match point you didn’t convert?

Lonely walk isn'it? Sandgren was so close, didn't do many wrong things during the match. But luck was not by his side. Still. an amazing run in Melbourne. pic.twitter.com/DfVvaBXx1J