Ugo Humbert, who saved four match points in the semi-finals, capped off his Antwerp run with the title on Sunday. It was still a great stay in Antwerp for Alex de Minaur, who won UTS3 the previous weekend. 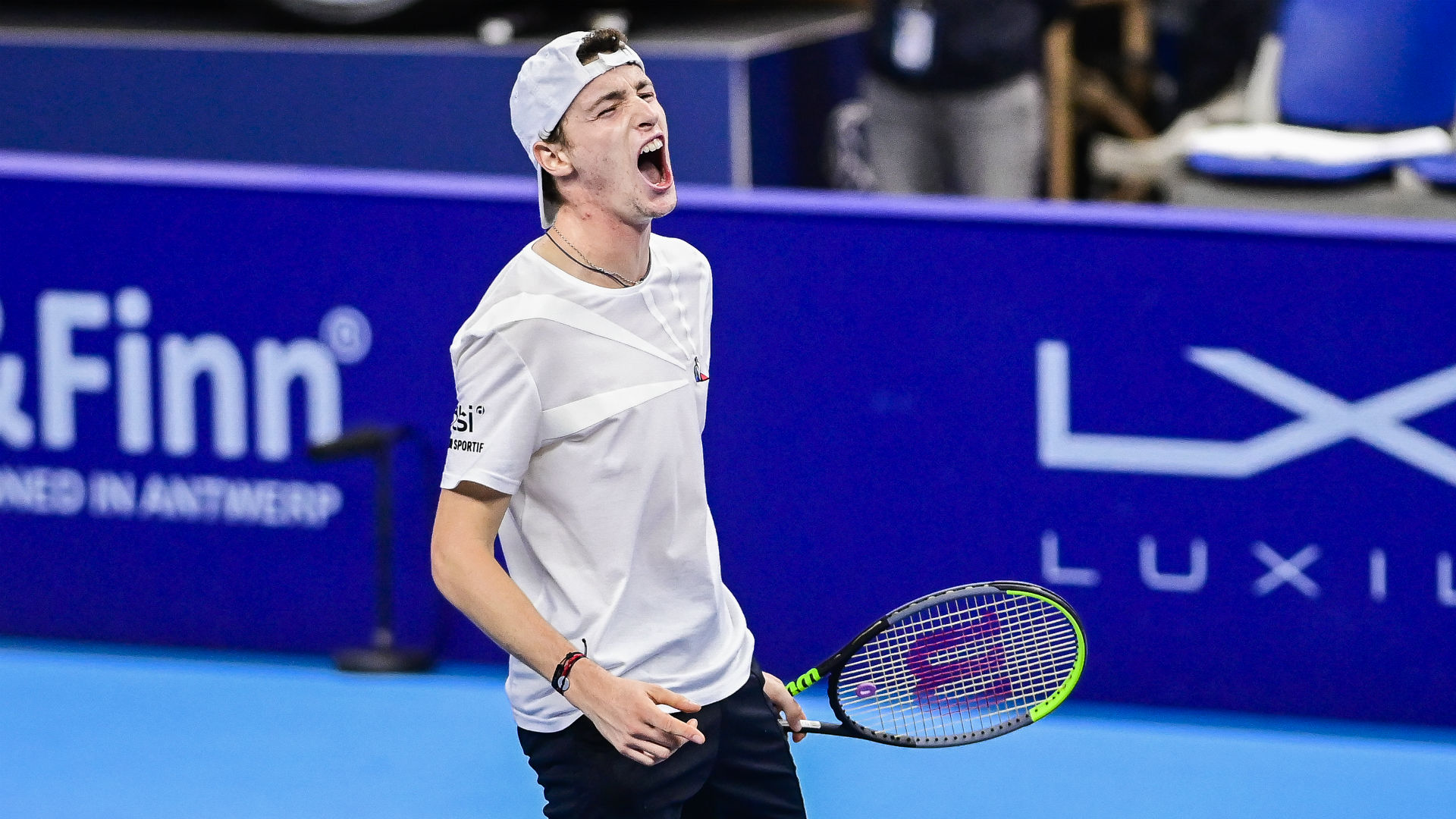 It was career title No 2 for Humbert, who had previously triumphed earlier this season in Auckland. This one came at the European Open in Antwerp, where the 22-year-old Frenchman got the best of Alex de Minaur 6-1, 7-6(4) after one hour and 37 minutes. Humbert saved both of the break points he faced, holding all 10 of his service games.

Although Sunday’s final was mostly straightforward, it certainly wasn’t smooth sailing for the world No 38 the entire way….

An instant classic in the semi-final saw Humbert emerge victorious against Britain’s Dan Evans following a three-hour, 12-minute tussle. After falling behind a set early, Humbert had to fight back with his back against the wall in the second, saving a total of four match points — including three in a row from 6-3 down in the second-set tiebreaker. He took the momentum to break early in the third and wrapped up an improbable comeback 4-6, 7-6(7), 6-4.

The other semi-final between De Minaur and Grigor Dimitrov wasn’t bad, either!

Humbert’s hopes for Australian Open seeding Humbert went into the week ranked No 38 in the world. With the Antwerp title, he will rise to No 32, which is important because that would guarantee him a seeded spot at the Grand Slams, starting at the Australian Open in Melbourne in January.

Demon’s hot form Coming off a UTS3 victory that saw him become the youngest champion at the event, De Minaur seemed to have fallen in love with the Antwerp venue. The Australian was able to ride the form he found in the quick-fire format to reach the final of the European Open one week later.

Raonic’s injury concerns Milos Raonic has been all too familiar with injuries throughout his career. Following a stellar showing in St Petersburg that saw him make the semi-finals, the Canadian had to pull out before his quarter-final in Antwerp against Dimitrov. The injury was reported as an abdominal strain.

Humbert saved an incredible 26 of 32 break points throughout his five matches during the tournament. He also played three tiebreakers in Antwerp and won all of them – 7-2 in the quarter-finals against Lloyd Harris 9-7 in the semis against Evans and 7-4 in the title match against De Minaur. Humbert is 6-0 in his last six tiebreakers on the ATP Tour.

• The punchline, by angry Karen Khachanov

Karen Khachanov was the centre of attention in his match against Evans, during which he had an on-court outburst at chair umpire Adel Nour. After a forehand that was several inches inside the baseline, Nour overruled it from the chair. There was no Hawkeye in Antwerp, so there was nothing Khachanov could do about the situation.

Even Evans acknowledged the absurdity, but he benefitted from another call that went his way at 7-7 in the second-set tiebreak. That prompted the Russian to kick the net and hit his racquet against the umpire’s chair after losing the second set. An early break in the third spelled the end for Khachanov, who apologised afterwards, even though it was perhaps Nour who had even more to apologise for.

• Picture of the week : Zizou Bergs, what a thrill

One of the biggest stories of the week was Belgium’s own Zizou Bergs. At 21 years old, ranked No 528, and having never played a match on the main tour, Bergs was relatively unknown prior to the 2020 European Open. But he made a name for himself by upsetting Albert Ramos-Vinolas in round one and then pushing Khachanov in a tight three-setter. Bergs captivated the crowd (before fans were disallowed on Saturday and Sunday) with both his play and his emotion.

• Question for the future : Humbert or de Minaur ?

Whose overall career stock are you buying: Humbert’s or de Minaur’s?

One year younger than Humbert at 21, De Minaur has enjoyed far more Grand Slam success. He has reached at least the third round at three of the four, including fourth round (2019) and quarter-final (2020) performances at the US Open. Despite Sunday’s setback, De Minaur still leads Humbert in ATP titles (three to two). Humbert, however, is a bigger and more powerful player who can take matters into his own hands whereas De Minaur is always going to be a counter-puncher. Tennis coach Kamau Murray – who was commentating on Sunday’s final for Tennis Channel – picked Humbert for this question. But it’s very much up for debate, because both up-and-comers clearly have a lot of upside.