Felix Auger-Aliassime outlasts Thiago Monteiro in four tight sets at the US Open on Tuesday. He will face Andy Murray in an intriguing second-round contest. 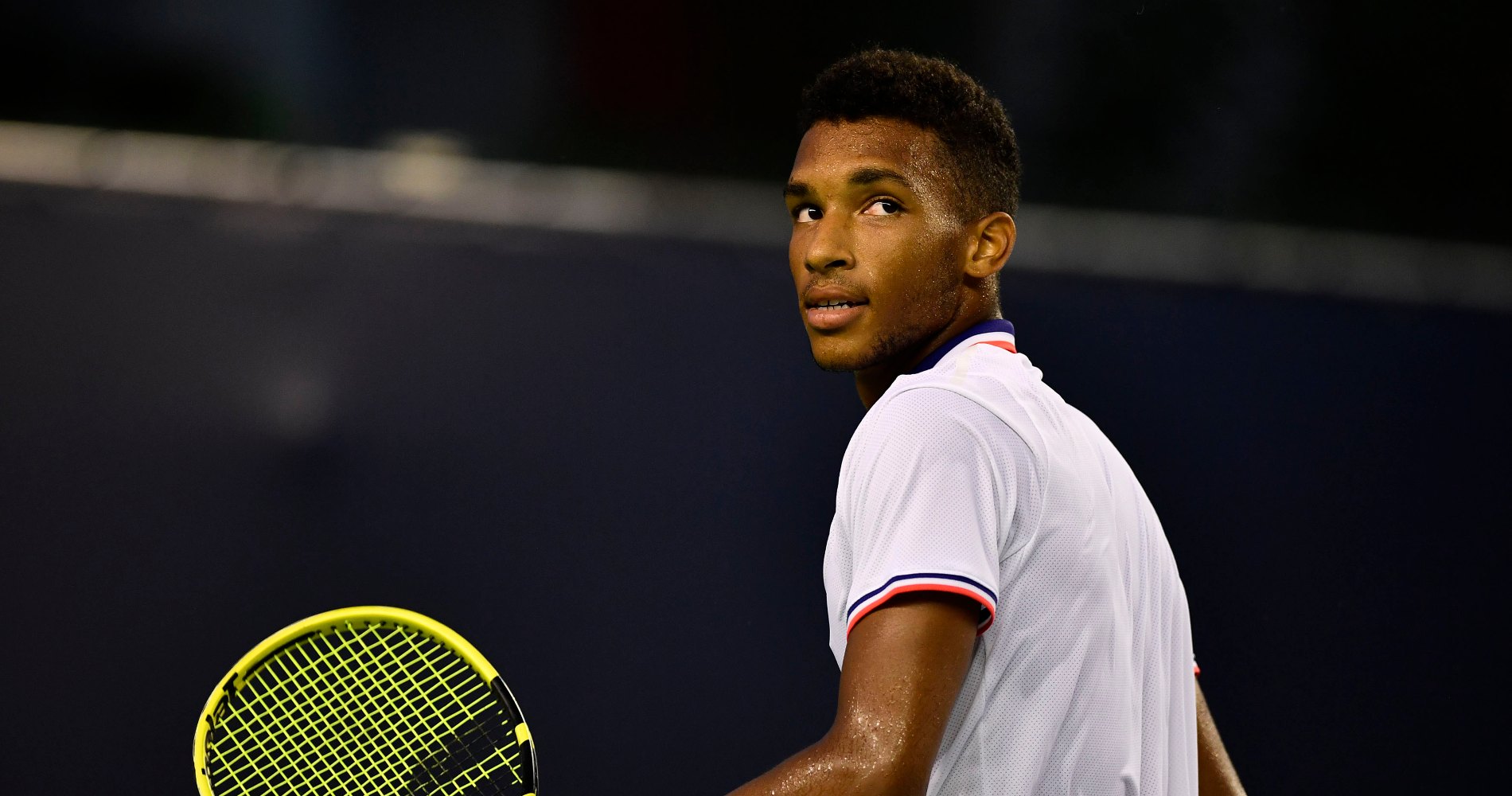 It will be Felix Auger-Aliassime vs. Andy Murray in the second round of the 2020 U.S. Open. Get your popcorn ready!

Of course, the second-round matchup in this section of the draw could have just as easily turned out to be Thiago Monteiro vs. Yoshihito Nishioka. Shortly after Murray came back from two sets down and saved a match point to beat Nishioka, Auger-Aliassime held off Monteiro in a four-set thriller. The 20-year-old saved one set point in the third and three more in the fourth to battle his way past the finish line.

“I would have been ready for a fifth set,” Auger-Aliassime assured. “I felt good physically. I felt like I had still some juice in the tank. But, yeah, (it took) a bit of luck, (and) obviously a bit of mental strength trying to stay in there. I felt like he played great tennis in the tiebreaks. I didn’t feel like I gave it to him (in the second set).

“That fourth set, it’s the famous phrase of giving one more ball, throwing one more ball at your opponent. It paid off really well for me today. That was the case. Yeah, a bit of luck and a bit of grit. It went my way, so I’m happy.”

The world No. 21’s reward is a first-ever meeting with Murray, which will take place on Thursday and likely in Arthur Ashe Stadium. That is actually where Auger-Aliassime watched the British legend play back in 2011. The Canadian attended the event as a fan and saw Murray’s third-round victory over Feliciano Lopez.

“I was just a kid.” he reflected. “We got tickets for the US Open center court, Arthur Ashe Stadium. Andy was playing Lopez (in a) night match. I got to see him there in the third round. That was a big memory of mine. It’s crazy [that now] there’s not going to be a kid in the stadium watching, it’s actually going to be me playing. Yeah, it’s a nice feeling.

“Of course he’s a great champion,” Auger-Aliassime continued. “I’ll be expecting the best from him next match. I don’t want to put into my head or consider that because of the injuries or because of the surgeries he’s had, the comeback he’s made, that this puts me in an advantage or makes a difference on the outcome of the match. I’m going to prepare myself for a battle…. Obviously we’re all glad I think to see him back. I watched the whole way of his recovery. It’s good to see him playing good again and healthy. It’s an honor for me to face up with a guy like Andy.”

Murray had high praise for his upcoming opponent, as well.

“He hits a big ball; he moves well. I hit with him once only in Beijing last year. I think that was the only time I’d hit with him…. He’s getting up to the top of the game. He’s a top, top young player. He’ll have an excellent, excellent career for sure. He’s been really good since he was very young. Yeah, he’s developed fast.”