Sofia Kenin blitzed Anastasija Sevastova to give the USA the perfect start, while Serena Williams battled past Jelena Ostapenko. 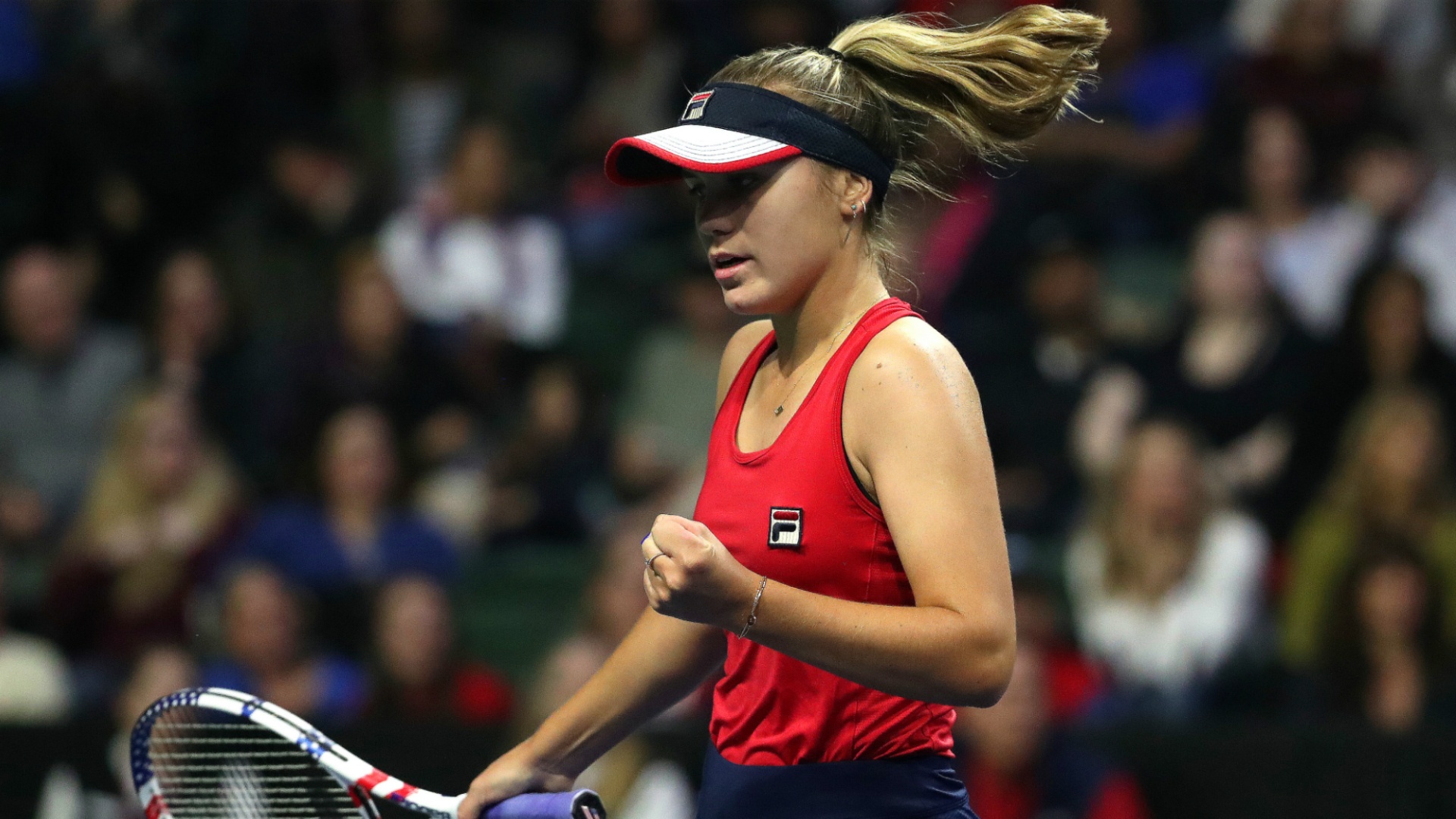 Australian Open champion Sofia Kenin and Serena Williams gave the United States a 2-0 lead over Latvia in their Fed Cup qualifier on Friday.

Barely a week after breaking through for her first grand slam title in Melbourne, Kenin was in the American state of Washington to represent her country.

The world number seven and 21-year-old surged past Sevastova before 23-time major winner Williams eventually saw off Ostapenko in the second rubber to improve her win-loss record at the Fed Cup to 14-0.

How did @SofiaKenin make that?

“It’s been a long journey. It wasn’t easy,” Kenin said. “But I was super happy to come here and play with the team.”

It was a tough day for former world number one and two-time grand slam champion Naomi Osaka, who was reduced to tears after losing to unheralded Spaniard Sara Sorribes Tormo.

Osaka, whose title defence at Melbourne Park was sensationally ended by teenager Coco Gauff in the third round, was swept aside 6-0 6-3 against Sorribes Tormo.

The other ties – Netherlands against Belarus, Romania versus Russia and Belgium against Kazakhstan – are deadlocked at 1-1.