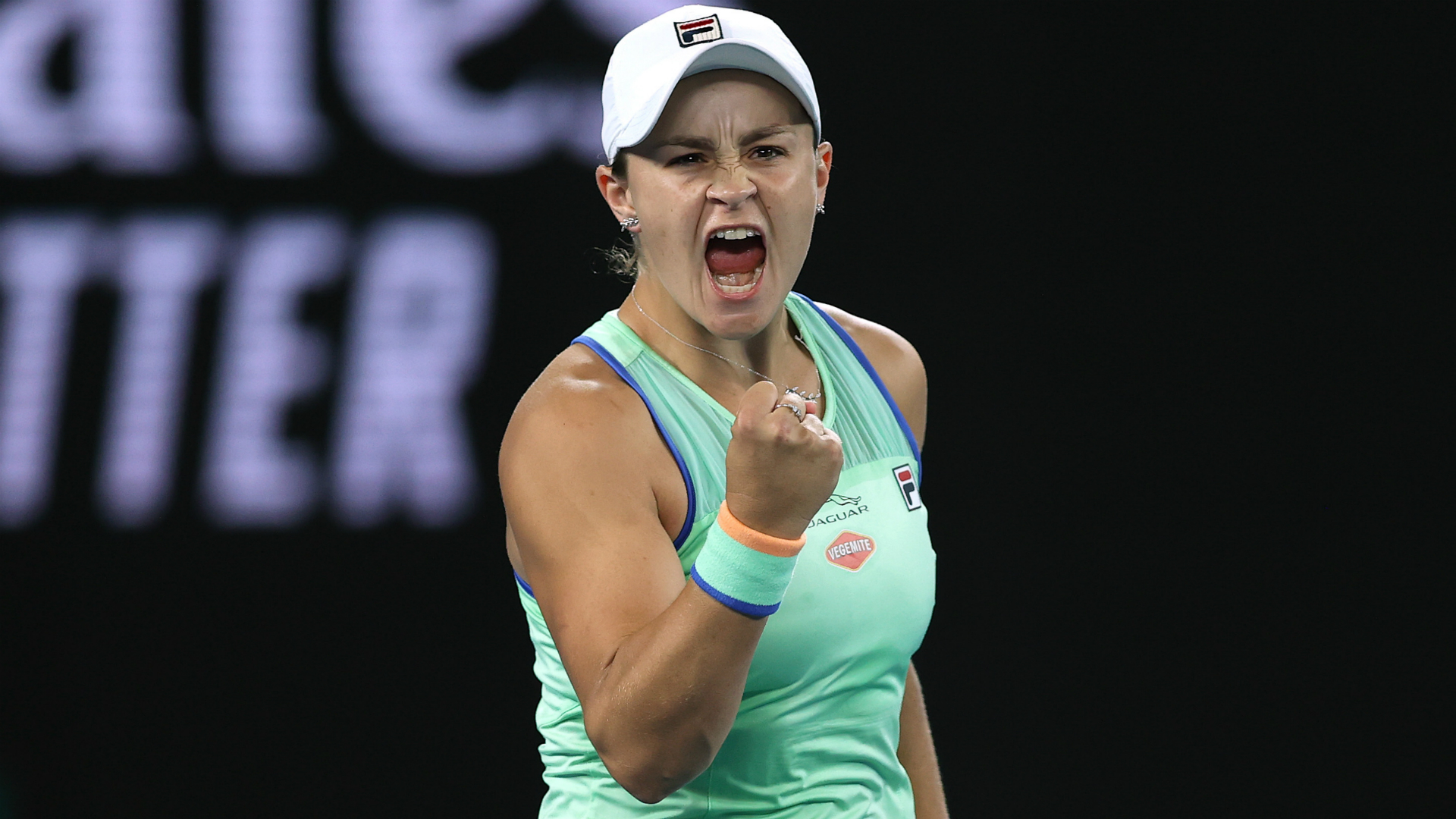 Ashleigh Barty avenged her fourth-round defeat at Wimbledon to Alison Riske by overcoming the American in three sets in the Australian Open fourth round.

The world number one battled to victory in an hour and 36 minutes to book a quarter-final meeting with Petra Kvitova, who came from a set down to beat Maria Sakkari.

Coco Gauff saw her brilliant week end in disappointment as she lost to compatriot Sofia Kenin, who is into the last eight of a grand slam singles tournament for the first time.

Qiang Wang, who stunned Serena Williams in round three, was defeated in straight sets by Ons Jabeur – another woman making major history in Melbourne.

NO REWARD FOR RISKE AS BARTY BATTLES ON

Australia’s hope for a home champion continues after Barty recovered from a miserable second set to defeat Riske for the first time.

Riske won their first encounter in Eastbourne in 2016 before taking victory at Wimbledon last year, but Barty ended that losing streak with a 6-3 1-6 6-4 success.

Barty was clinical in the opening set against too many errors from Riske, but the 29-year-old rallied in the second, breaking twice and dropping just five points on her own serve to force the decider.

At 5-4, Barty set up match point with a backhand pass and Riske produced just her second double fault to hand victory to the favourite.

“It was third time’s a charm for me tonight,” said Barty. “I just had to hang in there. It was very tough from both ends playing very differently. I just had to give myself a chance.”

Barty will face Kvitova next in a repeat of last year’s quarter-final, the Czech having fought from a set down to defeat Sakkari.

American sensation Gauff dethroned defending champion Naomi Osaka in the previous round and she looked on track to reach the quarters in Melbourne.

Wang eliminated 23-time slam singles champion Williams in the third round, however, she was unable to back it up on Sunday.

Jabeur, who hit 29 winners, became the first Arab woman to ever make a slam quarter-final.

Last year’s finalist @Petra_Kvitova is the first through to a fourth #AusOpen quarter-finals as she dashes Sakkari’s hopes 6-7(4) 6-3 6-2.#AO2020 pic.twitter.com/SDVSZ6A4tp

Playing in front of a vocal Green contingent supporting Sakkari, Kvitova said: “When I was shaking the hand with the umpire, I told him it was like a soccer match today. I mean, it’s nice on one side. On the other side, it’s the tennis, and it’s not a Fed Cup. It’s strange. But it didn’t bother me at all.”