The 50th anniversary of her Grand Slam being celebrated, controversial Margaret Court received applause at the Australian Open. 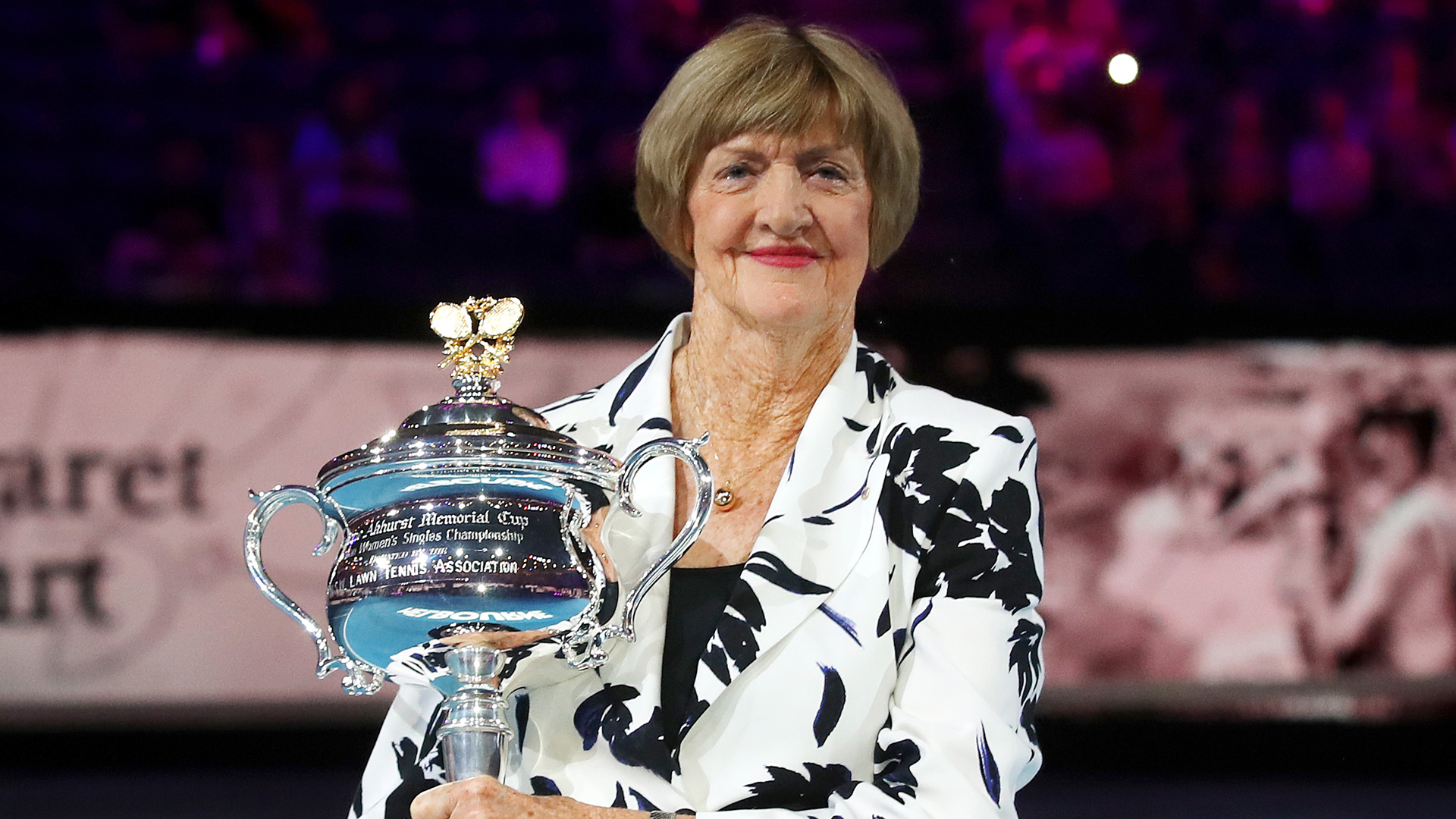 Margaret Court received a surprisingly warm ovation during a special ceremony at the Australian Open on Monday.

The controversial 77-year-old Australian was honoured during a ceremony to celebrate the 50th anniversary of her Grand Slam, winning all four majors in 1970.

Court has previously been criticised for comments on race, homosexuality and the transgender community.

However, the 24-time grand slam singles champion was greeted by applause and cheers during the presentation on Rod Laver Arena.

She was presented with a replica Australian Open trophy by Rod Laver, who received a huge cheer.

Court remains the record holder for most grand slam singles titles, with Serena Williams stuck on a tally of 23 that she will not add to in Melbourne this year.

Another tennis great, John McEnroe, criticised Court in a video posted by Eurosport on Twitter earlier on Monday.

“It’s the 50th anniversary of Margaret Court’s Grand Slam, and Tennis Australia is facing a dilemma: what do they do with their crazy aunt?” the seven-time major champion said.

“They finally decided to invite her, but it came with a twist, ‘we will recognise what she did in 1970, but we won’t celebrate the person’.

“Huh? Well it doesn’t work that way. You can’t separate the person from her achievements.”