Australian Open 2020: Djokovic in emotional Kobe Bryant tribute: He was my mentor and it is heartbreaking

Kobe Bryant was at the centre of Novak Djokovic’s thoughts as he paid tribute to the basketball star after beating Milos Raonic. 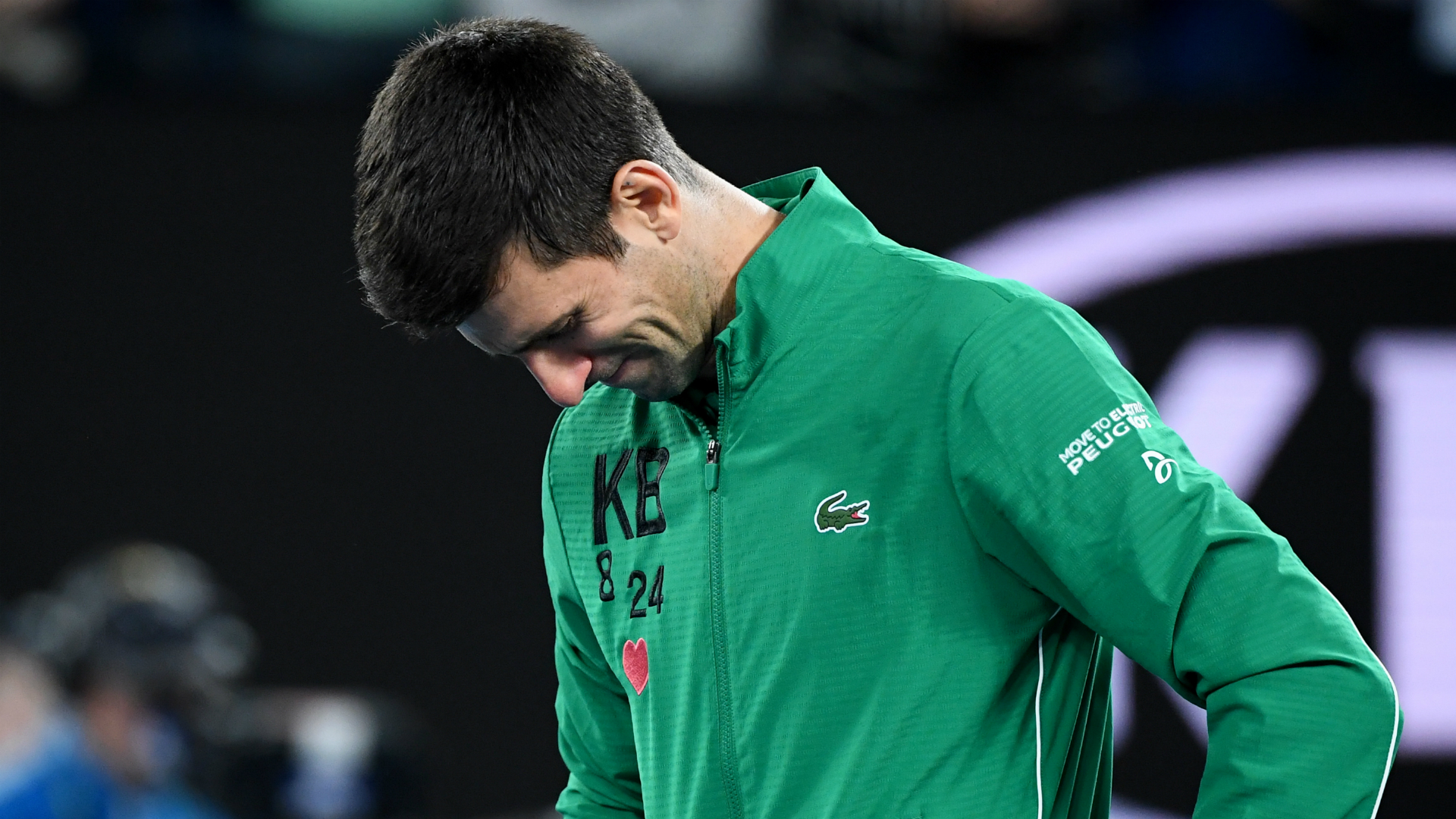 Novak Djokovic was fighting back the tears as he paid tribute to Kobe Bryant after reaching the Australian Open semi-finals.

NBA legend Bryant, who was killed in a helicopter crash in California on Sunday, had a close relationship with the 16-time grand slam champion.

During his on-court interview with John McEnroe, he found it difficult to maintain his composure when he was asked about Los Angeles Lakers great Bryant, whose daughter Gianna also died in the accident.

“It really caught us by surprise,” Djokovic said as he wore a top that included the initials ‘KB’, a love heart and the basketball great’s shirt numbers, eight and 24.

“He was one of the greatest athletes of all time, he inspired myself and many other people around the world and I had that fortune to have a personal relationship with him over the last 10 years.

“When I needed some advice and some support, he was there for me.”

Djokovic had to stop speaking as he got upset when adding: “He was my mentor, my friend and it is just heartbreaking to see and hear what has happened to him and his daughter…”

“He was there for me” @DjokerNole pays tribute to his late friend and mentor Kobe Bryant. #AO2020 | #AusOpen pic.twitter.com/k8sRHcBATw

A sign of the close relationship between the two sporting greats was highlighted when Djokovic had discussed Bryant at length shortly before the accident when he spoke to the media ahead of beating Diego Schwartzman in the previous round.

The Serbian had said the basketball star was a crucial inspiration when he endured a period of poor form and problems off the court in 2017 and 2018 when he was recovering from an elbow injury.

Djokovic had explained: “I was going through the injury with my elbow and struggling to mentally and emotionally handle all of these different things that were happening to me.

“I was dropping in the rankings and then having to work my way up. He was one of the people who was really there for me.

“He was there to give me some very valuable advice and guidelines to kind of believe and trust in myself, trust the process that I’ll be back.

“I’m very grateful to him for being there for me, for being very supportive. I love Kobe – who doesn’t? He’s an amazing guy and one of the best basketball players and athletes of all time.”

My heart truly mourns over the news today. Kobe was a great mentor and friend to me. You and your daughter will live forever in our hearts. There are not enough words to express my deepest sympathies to the Bryants and every family suffering from this tragedy. RIP my friend pic.twitter.com/VRmgaOaITT