Warm words from both players after Rafael Nadal’s win over Nick Kyrgios appeared to indicate a softening of relations between the two. 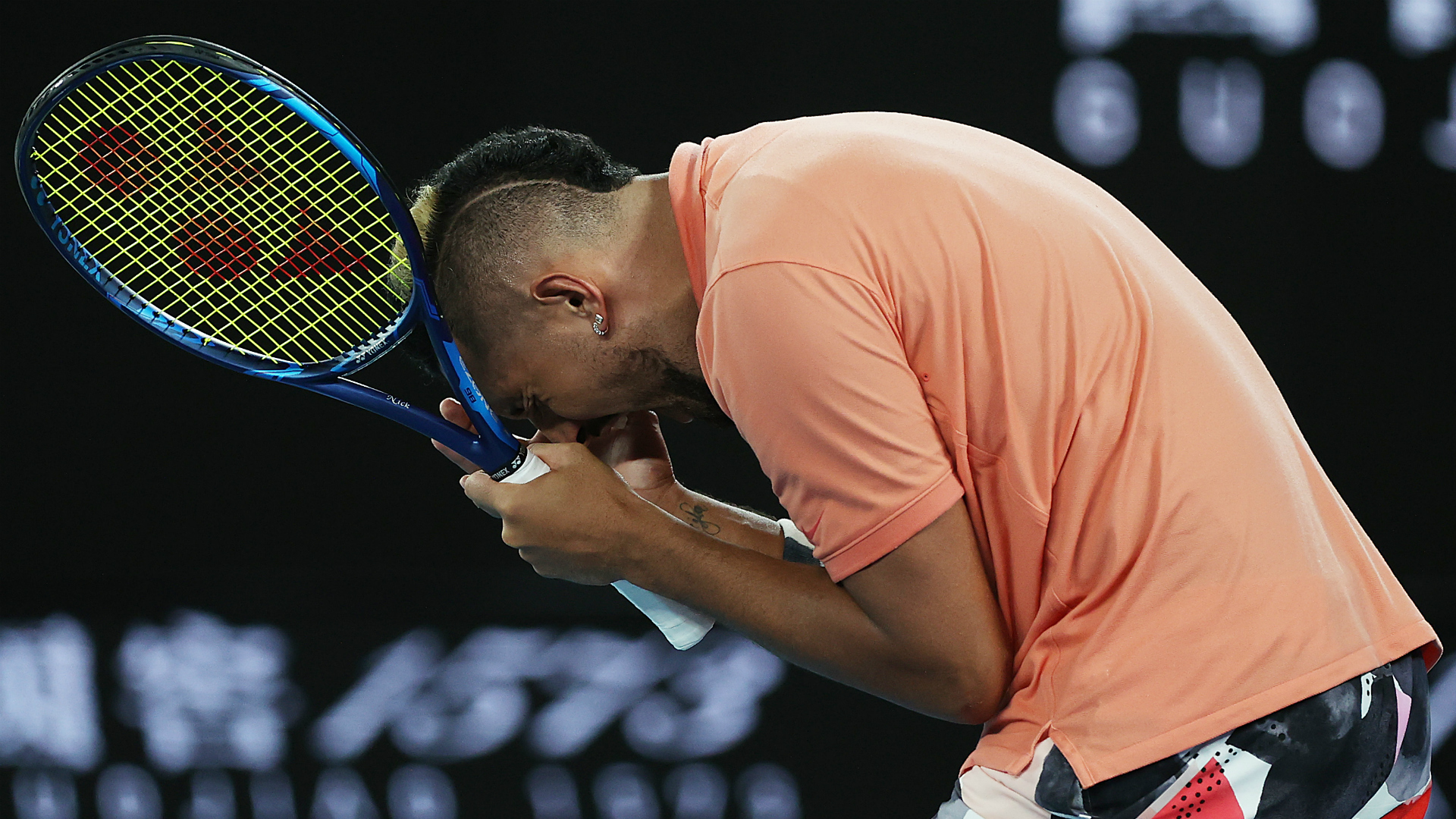 Nick Kyrgios conceded he was “shattered” to have a lost his tense fourth-round match against Rafael Nadal at the Australian Open, but spoke of his appreciation for the world number one.

Amid an apparent softening of relations between the two rivals, Nadal praised Kyrgios in his on-court interview after winning a close encounter 6-3 3-6 7-6 (8-6) 7-6 (7-4) in three hours and 38 minutes.

Having overcome a worthy opponent, Nadal said the 24-year-old could contend at any tournament if he maintains his level of performance.

The scoreline was the same as when he beat Kyrgios at Wimbledon last year, but the Australian felt he was much closer to securing an upset victory this time.

“I mean, I appreciate it,” Kyrgios said when he was asked about Nadal’s comments.

“I’ve known that for the last four years but the trouble for me is being able to actually just produce the same attitude over and over again. Hopefully I can keep doing it. I’m just taking it day by day, trying to be positive, just bring positive vibes.

“Rafa was really good. Played too good. The court was really, really slow. I just couldn’t get a ball past him.

“I was trying to serve and volley, trying to dropshot. Eventually I would have to win the point three times to win a point. That’s just the champion he is, the player he is.

“He makes you play the extra ball. He played well, considering how slow [the court] was. He served really well, hit his backhand slice really well. He just played the bigger points better than I did.

“I’m shattered to have lost. Obviously these are the matches that I want to win the most. I had chances. I was a couple of points away from the third set and the fourth set.

“It felt a lot closer this time, especially in the 5-5 game in the third set where I was at deuce a couple times. He played some unbelievable points. I felt like if I got that third set, I would have really, really been on top of him.

“I was kind of feeling the match turn a little bit. If I break in that game, I thought I was going to raise my intensity, my energy. I definitely felt a lot closer this time around. The one at Wimbledon, I felt like I wasn’t playing as good.”

Kyrgios has been pleased with his progress on and off the court over the past month after an emotional period where he inspired fundraising efforts for the bushfire crisis in Australia.

And his tournament is not yet over with a mixed doubles campaign alongside Amanda Anisimova ongoing.

Kyrgios added: “Overall all this summer has been fun. My focus shifts to mixed now.

“I just want to go out there and have fun. I’m still in the tournament. I’m not going to take it for granted, another day at the Australian Open.

“I think I’m playing better tennis than I was [in making the 2015 quarter-finals]. You look at my draw back then to the opponents I played this time around, probably a lot tougher this time.

“I felt good. I actually felt fresh. I was ready to go five if it needed to get there.

“I feel like I’ve made progress as a human. A tennis player, I don’t really care about as much, but I feel good and for sure I want to keep going in this direction.”