Australian star Ash Barty was in good spirits, despite her straight-sets loss to Sofia Kenin at Melbourne Park on Thursday. 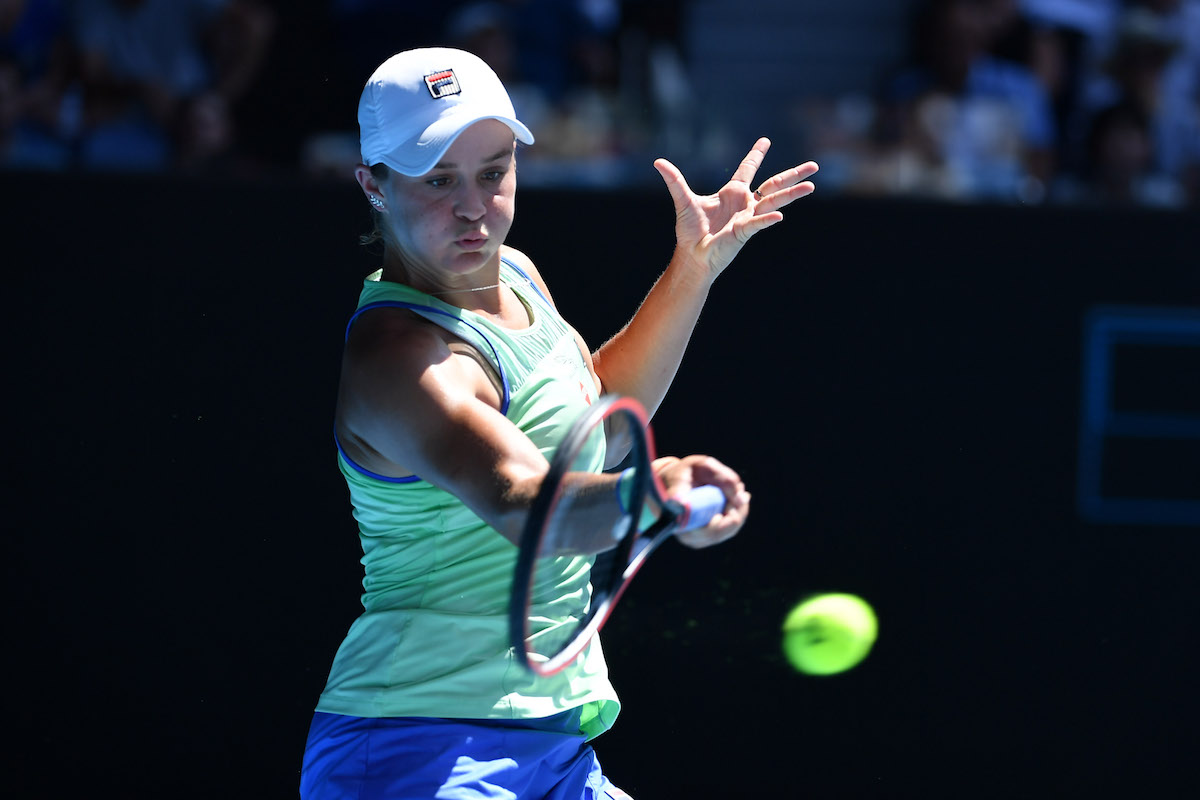 It was all about perspective for world number one Ash Barty, who spoke to the media holding her baby niece after sensationally losing in the Australian Open semi-finals.

Barty had a great opportunity to become the first Australian woman since 1980 to reach the final in Melbourne, however, the top seed was upstaged 7-6 (8-6) 7-5 by Sofia Kenin on Thursday.

All eyes were on Barty throughout the tournament at Melbourne Park, having arrived as the WTA’s top-ranked player, WTA Finals winner and French Open champion.

Barty was unable to go all the way amid the hype, but the Australian star was in good spirits afterwards.

Barty and 14th seed Kenin were forced to endure scorching conditions, with the temperature just short of 40 degrees Celsius.

The Rod Laver Arena roof remained opened throughout as the heat stress scale hovered towards five, which would have meant a suspension in play and roof closure.

Barty, though, refused to use the weather as an excuse after wasting two set points in each of the first and second sets.

“I’ve grown up in Queensland. I’ve played in summers, played in the sun a long time. I know Sofia has also grown up in Florida,” Barty said. “Everyone is playing in the same conditions. It didn’t help or hinder me. It kind of is what it is.”

Barty added: “I think [it was] a match where I didn’t feel super comfortable. I felt like my first plan wasn’t working. I couldn’t execute the way that I wanted. I tried to go to B and C. I think I had to dig and find a way.

“I mean, I’m two points away from winning that in straight sets, which is disappointing. Knowing I had to fight and scrap, I still gave myself a chance to win the match.”

She continued: “It’s disappointing. But it’s been a hell of a summer. I mean, if you would have told me three weeks ago that we would have won a tournament in Adelaide, made the semi-finals of the Australian Open, I’d take that absolutely every single day of the week.”