Australian Open 2020: Pliskova, Svitolina crash out as Halep eases through

More seeds were sent crashing in the Australian Open on Saturday as Karolina Pliskova and Elina Svitolina suffered straight-set defeats. 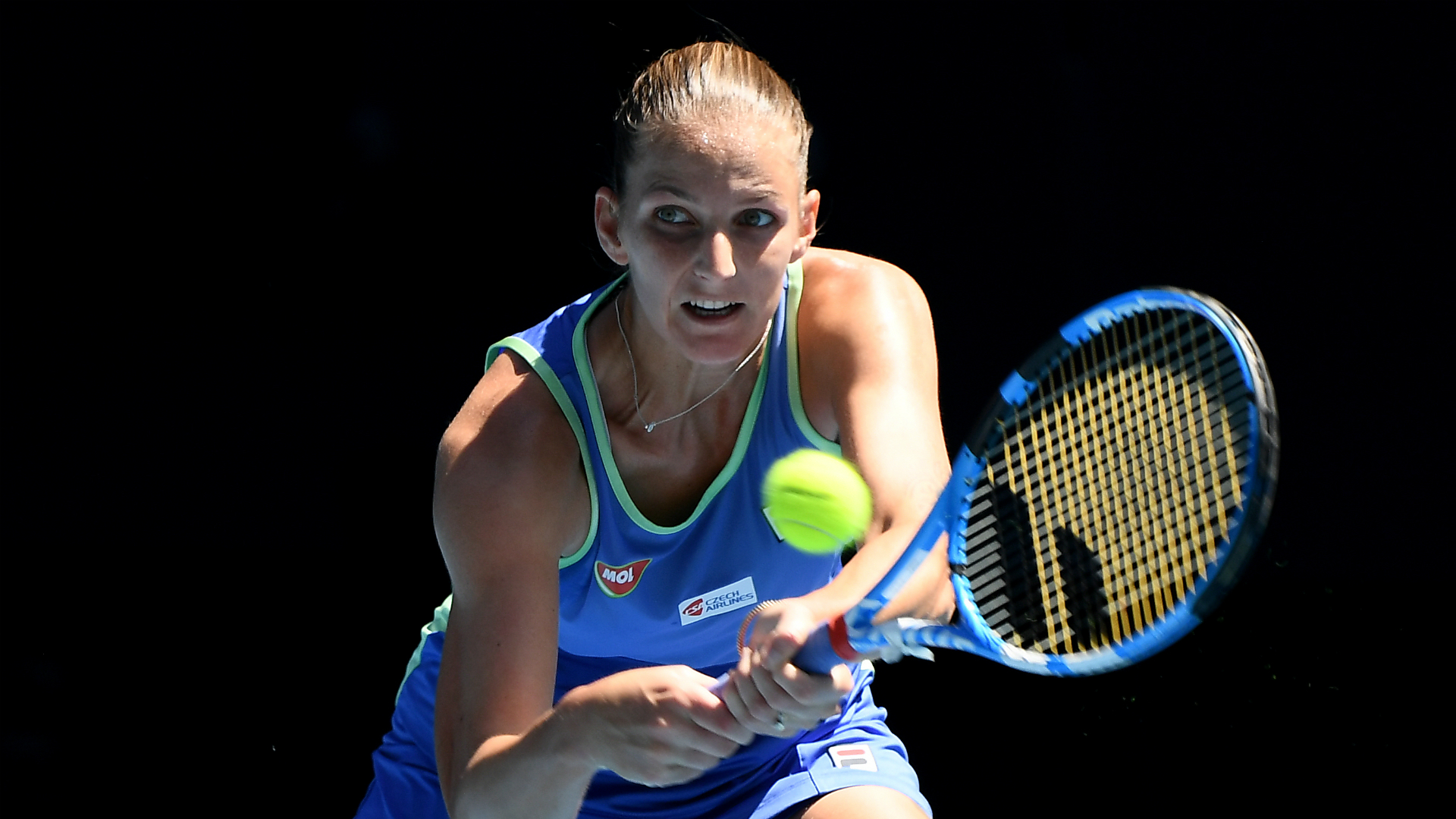 Second seed Karolina Pliskova and fifth seed Elina Svitolina were high-profile casualties in the third round of the Australian Open on Saturday.

There was no sign of a slip-up from former world number one Simona Halep, however, as she made serene progress to the next round by easing past Yulia Putintseva.

A gorgeous night for some tennis. #AO2020 | #AusOpen pic.twitter.com/JaFY4wQ1At

After defending champion Naomi Osaka and 23-time grand slam winner Serena Williams were eliminated on Friday, Pliskova joined the star duo in dropping out of the tournament.

“I think she was playing very well. Maybe the best she played against me so far in the last couple matches,” Pliskova told reporters. “But let’s say I was [at] about 40 per cent of my game, so of course then she can feel so much better if I just don’t play enough [of] what I can play.

“That’s how it is. I think especially [in] the important moments she always served well so I had a couple chances here and there. But I think she just played better than me.”

Svitolina did not fare much better as she lost to Muguruza in 67 minutes, the Spaniard – now ranked 32 in the world – hitting 31 winners to advance 6-1 6-2.

What amazing touch! @GarbiMuguruza finesses her way to the set and now a break lead 2-1 in the second. #AO2020 | #AusOpen pic.twitter.com/wagObKcGnU

It was another tough day for seeds as Bencic (6) and Vekic (19) failed to progress beyond the third round in Melbourne.

US Open semi-finalist Bencic was swept aside in just 49 minutes, humbled 6-0 6-1 by 28th seed Kontaveit on Margaret Court Arena.

“I think every grand slam there are seeded players losing, so I think this grand slam was even the best because no top-10 player lost in first round,” she said in a news conference. “It’s the same at every grand slam. There are upsets, and I think it’s normal, because it’s tennis, and tennis is very unpredictable.”

Kontaveit will face Swiatek after the 18-year-old stunned Vekic 7-5 6-3.

Halep thwarted in-form Putintseva 6-1 6-4 to move through to the second week of the slam for a third consecutive year.

Fourth seed Halep – runner-up in Melbourne two years ago – needed one hour, 18 minutes to progress to the fourth round.

“I give everything I have to win and actually I’m really, really happy that I’m in the second week now” — @Simona_Halep #AO2020 | #AusOpen pic.twitter.com/wJDHKQ6CWy

Kerber was pushed but the three-time major winner clinched a spot in the fourth round for the fifth successive season after two hours, eight minutes.

Next up for Halep is 16th seed Elise Mertens, who required three sets to overcome CiCi Bellis.

Mertens was two points from victory in the second set after taking a 5-4 lead in the tiebreak but failed to close it out. However, she managed to keep her run alive by reeling off the next six games in succession.

Joining Mertens in the next round was Dutch ninth seed Kiki Bertens, who made the second week of the Australian Open for the first time.

Bertens claimed a 6-2 7-6 (7-3) victory over Zarina Diyas and has a meeting with Svitolina’s conqueror Muguruza to look forward to.