We take a closer look at Rafael Nadal’s form ahead of his Australian Open clash with Nick Kyrgios. 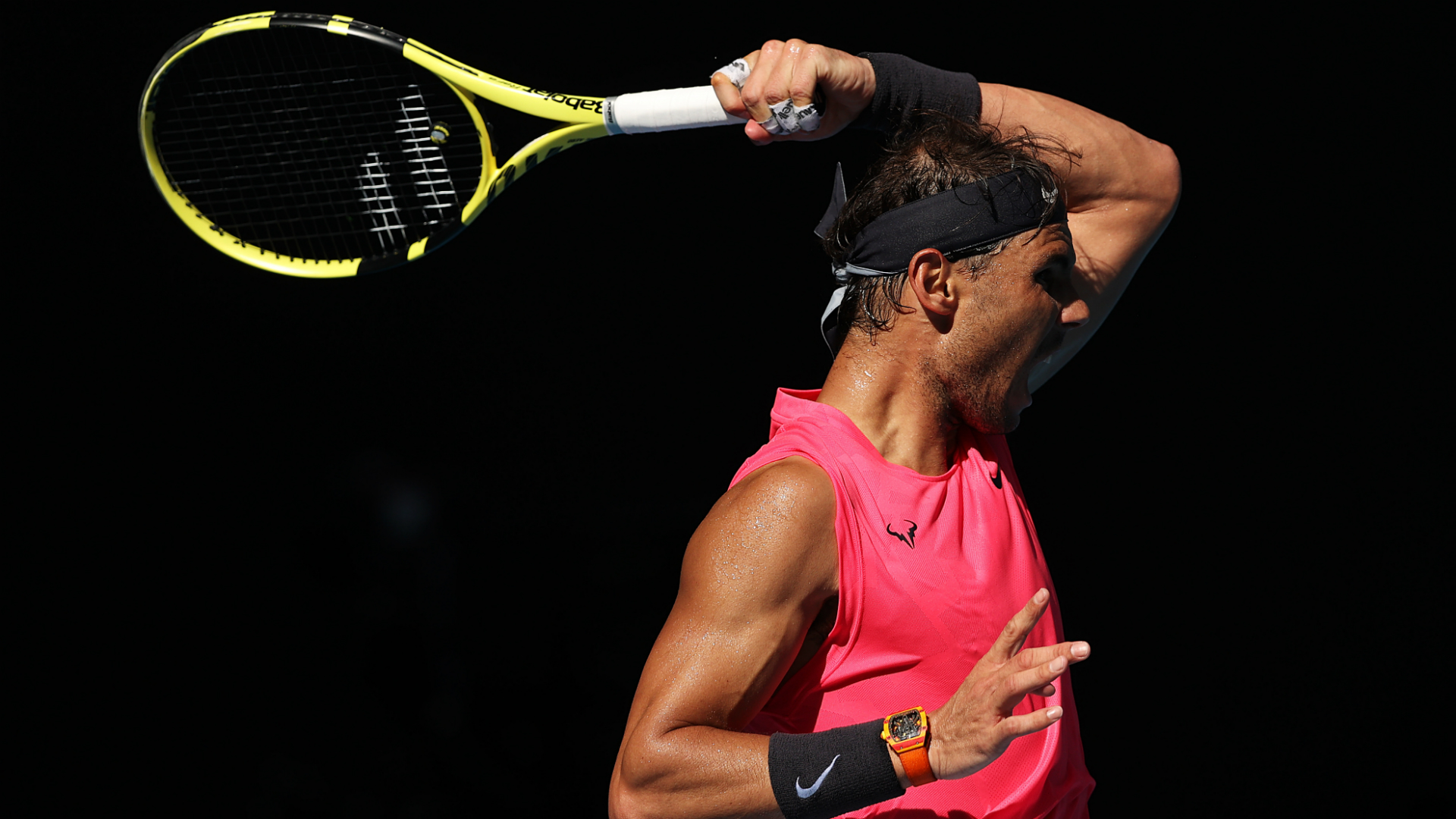 Tennis’ biggest feud takes centre stage when world number one Rafael Nadal clashes with Nick Kyrgios in the last 16 at the Australian Open on Monday.

Nadal and Australian star Kyrgios have been outspoken in their opinion of each other amid a fractured relationship, stemming from last year’s Mexican Open.

Rod Laver Arena will play host to the blockbuster showdown, with Nadal looking to maintain his charge towards a record-equalling 20th grand slam title.

We take a closer look at Nadal as the 33-year-old prepares for the fourth round at Melbourne Park.

Nadal has barely raised a sweat in the opening week of the tournament, but he took his game to a new level against Davis Cup team-mate Pablo Carreno Busta on Saturday. Nadal’s relentless power and precision left his countryman helpless on Rod Laver Arena, where the top seed hit 42 winners and just seven unforced errors. It was also the 47th time Nadal advanced to the fourth round at a major.

That was breathtaking to watch at times.

Won 100% of his second serves and hit 9 winners to just 3 unforced errors.

It is the showdown everyone wanted – Nadal v 23rd seed Kyrgios amid their frosty relationship and feud. Maligned Australian Kyrgios earned his ticket to the last 16 the hard way via a marathon five-set contest against Karen Khachanov. Kyrgios coughed up a two-sets-to-love lead before finally overcoming 16th seed Khachanov after four hours, 26 minutes on Saturday.

A rematch of last year’s US Open final could be on the horizon. If Nadal gets past Kyrgios and then either fifth seed Dominic Thiem or 10th seed Gael Monfils in the quarter-finals, Flushing Meadows runner-up Daniil Medvedev might stand in the way of the Spaniard and back-to-back Australian Open finals. Nadal overcame Medvedev in a memorable five-setter in New York.

“Every day is a different story. But, of course, it’s important to make steps forward. It’s clear that I made an important one [on Saturday].”