Alexander Zverev rallied past Stan Wawrinka 1-6 6-3 6-4 6-2 in the quarter-finals at Melbourne Park on Wednesday. 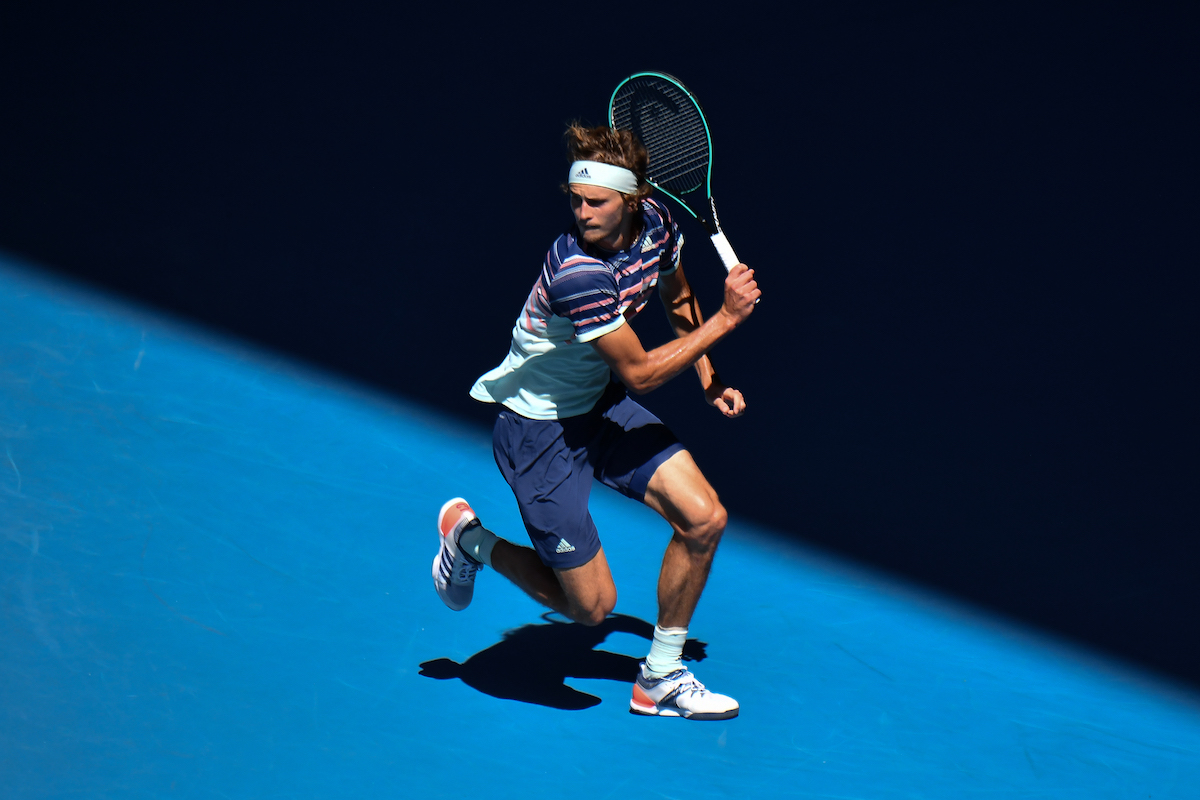 Zverev, 22, was annihilated in a lopsided opening set but the seventh seed rallied past three-time major champion Wawrinka 1-6 6-3 6-4 6-2 in Melbourne on Wednesday.

Already enjoying his best Melbourne Park run, highly rated Zverev has yet to deliver on his enormous potential at slam level, but the 11-time ATP Tour champion became the first German since Tommy Haas (2009 Wimbledon) to progress to a major semi.

Zverev, who has promised to donate his entire prize money should he win the tournament, will face either world number one Rafael Nadal or Dominic Thiem in the final four.

It was a jaw-dropping start from the near-flawless Wawrinka as the veteran – without a semi-final appearance since the 2017 French Open – steamrolled Zverev in a 24-minute opening set.

Stan in motion a beautiful sight on RLA

Imposing, powerful and precise, Wawrinka raced out to a 5-0 lead through 16 minutes against Zverev – who was powerless after shanking a forehand into the upper tier of Rod Laver Arena.

Wawrinka – struck down by injuries in recent years – won 100 per cent of his first serves and hit seven winners as Zverev lost a set for the first time this tournament.

While the first set was one-way traffic, the second was anything but as Zverev flicked the switch and wrestled back momentum.

Zverev, who was coming off just 11 points, went from tallying 10 unforced errors in the first to just two in the second set to claw himself back in the contest, also winning all 18 of his first serves.

Having not earned a break point chance in the opener, Zverev finally broke through in the eighth game after Wawrinka fired a forehand into the net as he levelled the match.

It was a topsy-turvy third set – the pair exchanging breaks to begin with before Zverev broke in the fifth game to move ahead following Wawrinka’s backhand into the net.

Wawrinka saved a pair of set points at 5-3 but it only delayed the inevitable as Zverev took a two-sets-to-one lead and the latter rode his momentum in the fourth.

Zverev broke twice inside the opening three games of a one-sided set, with Wawrinka avoiding a bagel in a consolation for the 34-year-old.