Dominic Thiem knows what it will take to upset Novak Djokovic in the Australian Open final. 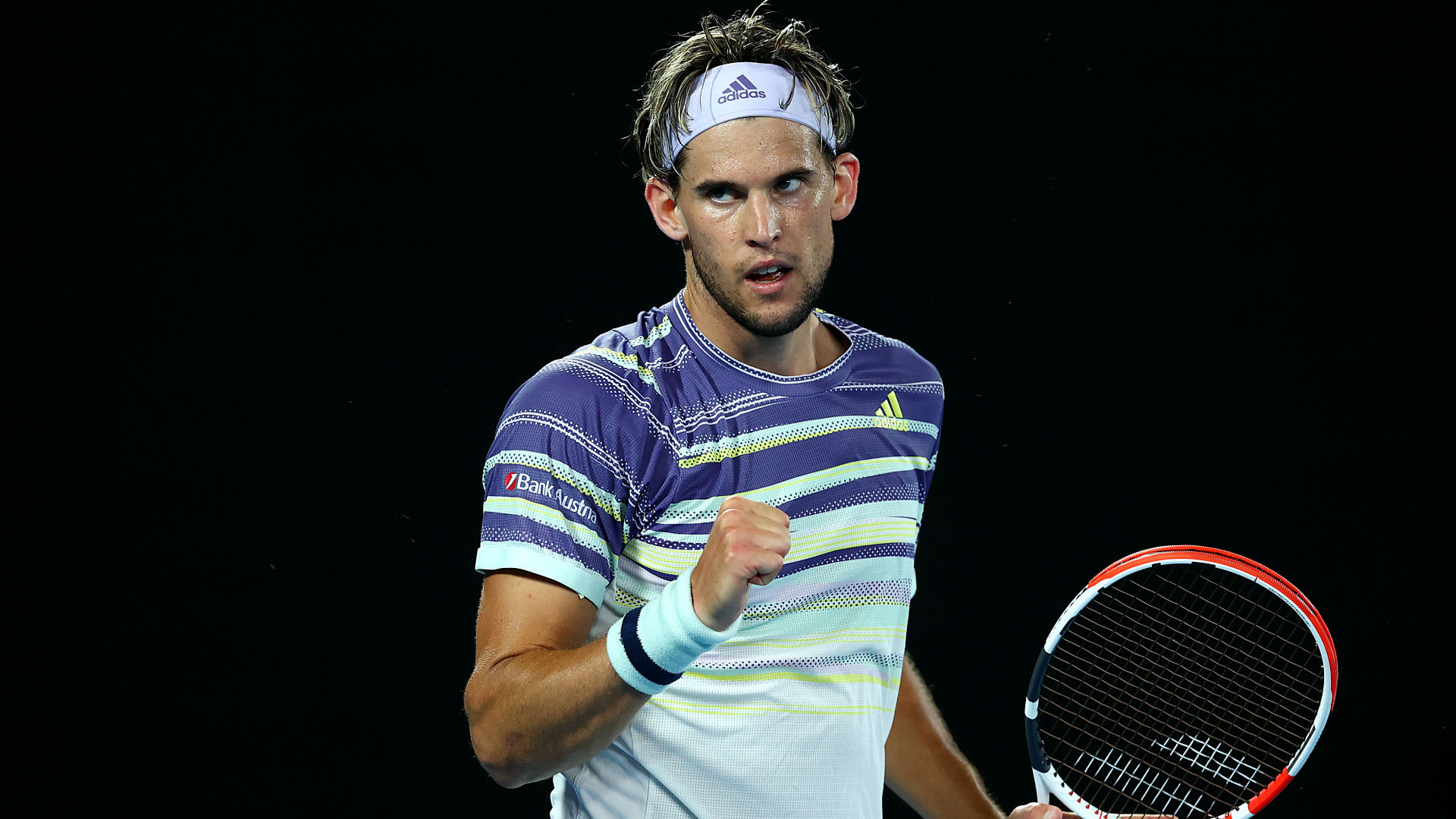 Dominic Thiem hopes to find the perfect balance between attack and defence against Novak Djokovic in the Australian Open final, but accepts it is a fine line.

The Austrian will face seven-time champion Djokovic in Sunday’s final, and goes into that clash on the back of four wins in his past five meetings with the Serbian great.

Thiem, 26, said controlled aggression was a key when taking on Djokovic, who will be playing a record eighth Australian Open men’s singles final.

“I think I have to keep a good balance. Of course, I have to risk a lot. I have to go for many shots,” he told a news conference.

“At the same time, of course, not too much. That’s a very thin line. In the last match against him, hit that line perfectly in London [at the ATP Finals].

“Of course, going to take a look at that match, how I played, and try to repeat it.

“But for sure he’s the favourite. I mean, he won seven titles here, never lost a final, going for his eighth one. I’m feeling good on the court. I’m playing great tennis, so try to be at my absolutely best on Sunday.”

A two-time French Open runner-up, Thiem’s run to the final in Melbourne has come as a surprise, having previously never been beyond the fourth round at the Australian Open.

“First of all, Indian Wells, that victory gave me so much relief and so much confidence because finally got my first Masters 1000 title on hard court,” he said.

“I mean, there in Indian Wells in the desert, it’s pretty similar to clay. It’s perfect for my game, balls bouncing so high.

“I told myself if I can be in the finals in London at the ATP Finals why not as well in a hardcourt slam?”@ThiemDomi, much more than a clay court player.#AO2020 | #AusOpen pic.twitter.com/uFgRavAMsp

“Then I think last fall in Asia, then in the indoor season, I made this huge step forward. I really developed my game I think in the right direction.

“I got more aggressive on hard courts, started to serve smarter and to return better. That also gave me a lot of confidence for this new year and for Australia because I told myself, ‘If I can be in the finals in London, the ATP Finals, why not as well in a hard-court slam?’ Since then I know that I’m also playing very well on the faster surfaces.”