Swiss maestro Roger Federer battled through five sets to join Novak Djokovic in the fourth round, but Stefanos Tsitsipas bowed out. 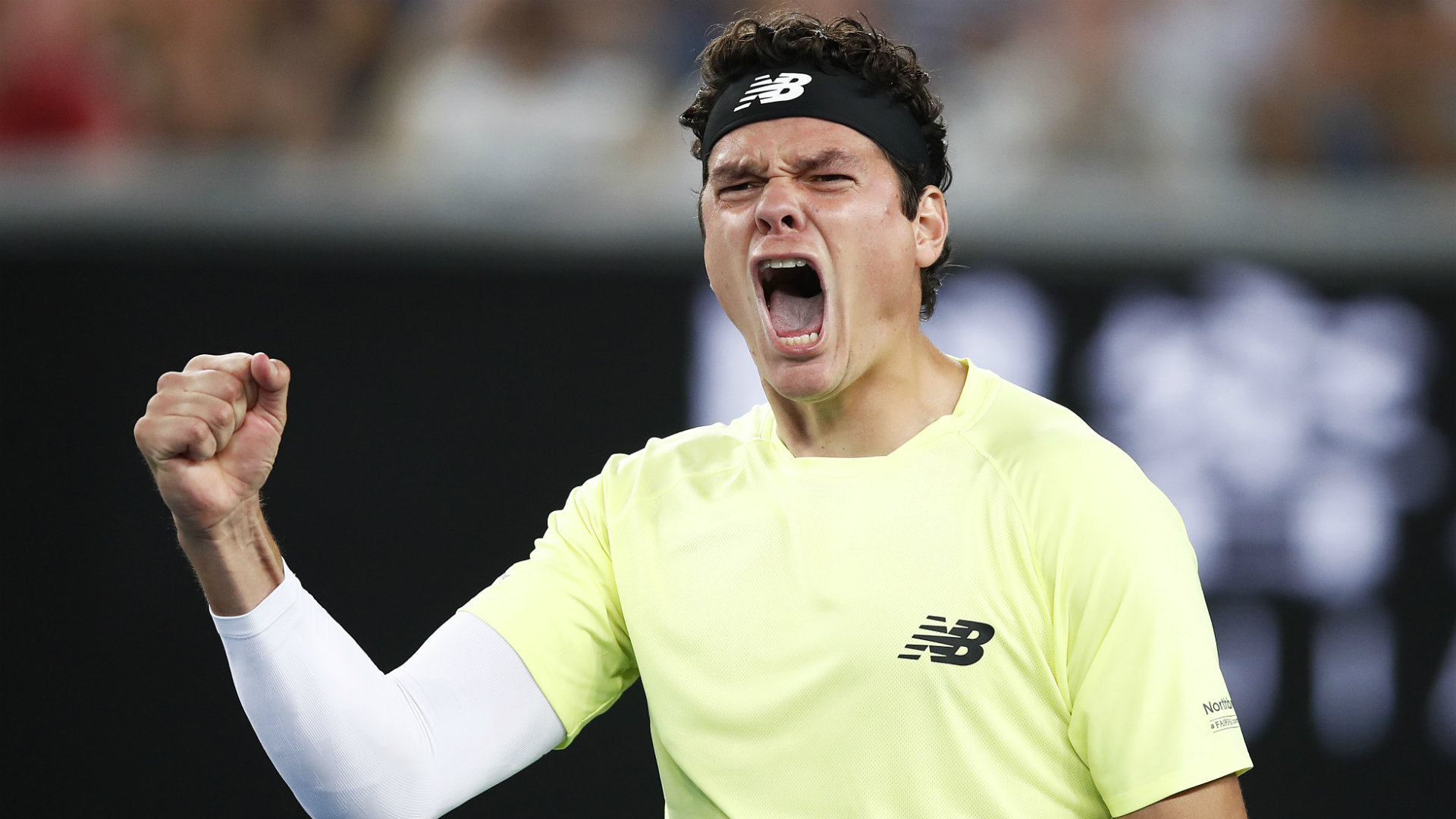 Stefanos Tsitsipas suffered a surprise Australian Open exit at the hands of Milos Raonic in the third round on Friday.

The Greek was beaten in straight sets and managed not a single break point against the relentless power and precision of the Raonic serve.

Roger Federer ensured his 100th match win at Melbourne Park was among his most memorable as he survived a gruelling five-set encounter with John Millman.

The six-time champion remains on course for a semi-final against Novak Djokovic, who was ruthless in seeing off the challenge of Yoshihito Nishioka.

Roberto Bautista Agut was edged out by Marin Cilic, and there were also wins for Diego Schwartzman, Marton Fucsovics, Tennys Sandgren and Fabio Fognini.

The 21-year-old struggled to make any inroads against the Raonic attack and was unable to muster even a solitary chance of a break against a player yet to drop serve in this year’s tournament.

“It’s one shot that you can get knocked down all the time, and you’re just there, getting punched in the face with one shot. You can’t do much,” Tsitsipas said of facing the Canadian.

“I’m not saying it’s luck. It’s a skill. I felt a bit stupid returning his serves.”

Defending champion Djokovic was in imperious form, dispatching Nishioka 6-3 6-2 6-2 to keep his quest for an eighth title on track.

Novak Djokovic described the victory as “one of the best serving matches I’ve had lately” and credited coach Goran Ivanisevic after firing in 17 aces and dropping just eight points on serve to reach the second week in Melbourne for the 12th time.

TON UP FOR FEDERER AFTER TIE-BREAK TURNAROUND

Federer’s 100th win at the Australian Open was secured at 0048 local time after a marathon encounter with Millman.

Federer fought back from a set down to lead but, after Millman forced a decider, momentum seemed to have swung his way in front of a crowd for once not overwhelmingly backing the Swiss great.

Millman led 3-0 and 8-4 in the final-set tie-break, but Federer rallied from the brink to earn the first match point and promptly took advantage when a Millman volley offered him a routine passing shot.

“Oh God, it was tough,” Federer told Jim Courier on court after the match. “Thank God it was a match tie-break, otherwise I would have lost this one.”

Federer will face Fucsovics in round four, the Hungarian having beaten Tommy Paul 6-1 6-1 6-4 in a one-sided match-up.

Sandgren meets Fognini in round four, the Italian making relatively light work of Guido Pella in a 7-6 (7-0) 6-2 6-3 victory.