After beating Rafael Nadal to reach his first Australian Open semi-final, Dominic Thiem feels he still needs to prove himself. 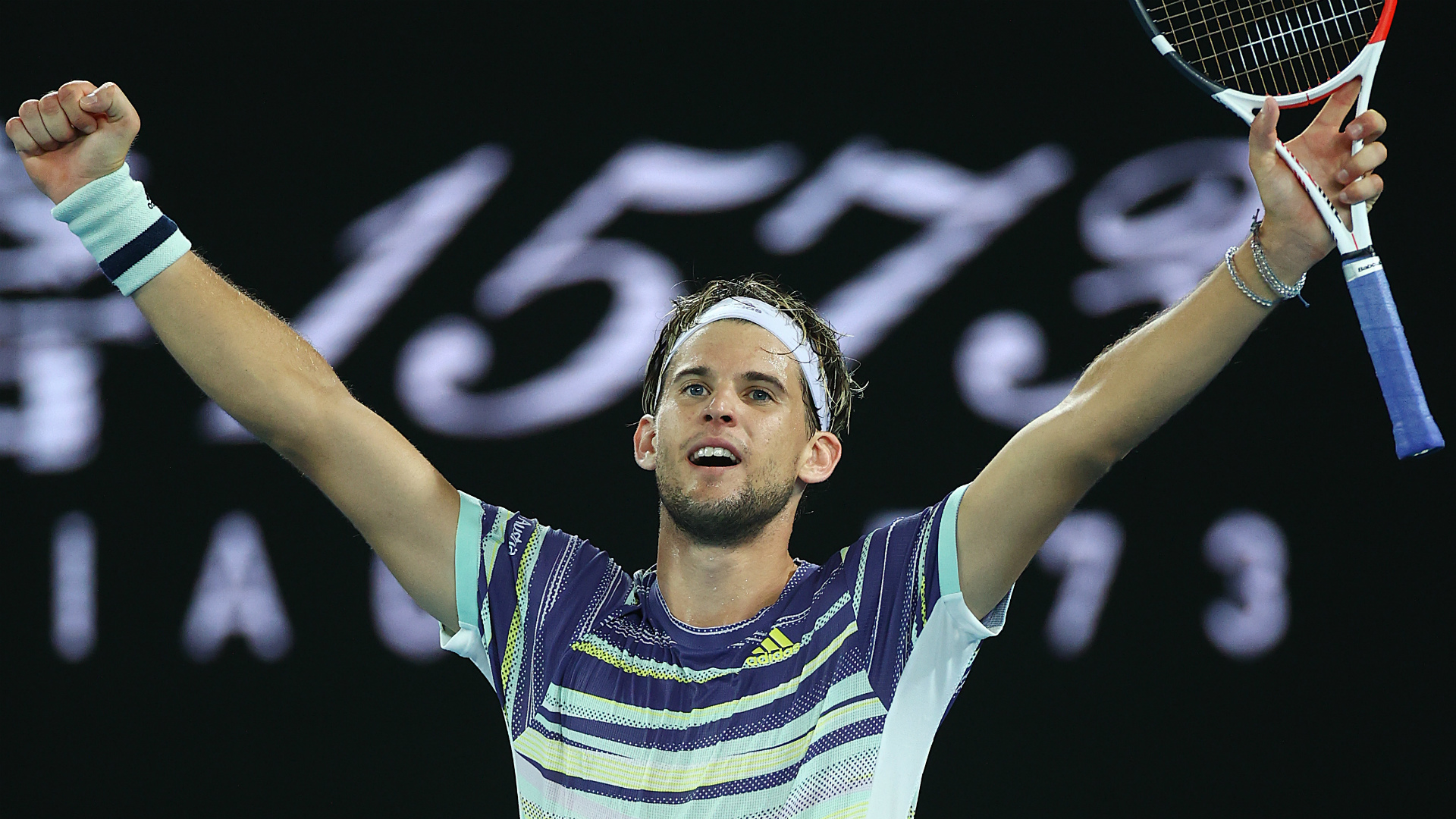 Dominic Thiem says he or Alexander Zverev must win the Australian Open to “break a barrier” at Melbourne Park after he dumped Rafael Nadal out at the quarter-final stage.

The Austrian, twice a runner-up to Nadal at the French Open, and Zverev will do battle on Friday for the right to face Novak Djokovic or Roger Federer in the final.

Zverev said he felt he had overcome one major obstacle by reaching his maiden major semi-final this week, but Thiem says the younger players still have a long way to go before there can be any talk of a changing of the guard.

“I don’t feel really like that I broke a barrier. It was just an unbelievable match, like an epic one, four hours 10 [minutes],” the 26-year-old said of his titanic tussle with 19-time major winner Nadal.

“That’s what I’m most happy about. Also, of course, that I’m for the first time in the semis of the Australian Open. That’s for me a barrier. But to really break a barrier, one young player has to win a slam.

“Yes, one of us going to be in the finals. But it’s still a very long way to go. I mean, the other semi-final is still two of the big three.

“I think we are a pretty long way from overtaking or from breaking this kind of barrier.”

It will be hard to wipe the smile off @ThiemDomi‘s face any time soon #AO2020 | #AusOpen pic.twitter.com/3x8ZvCvTEk

Thiem is relishing the opportunity to face Zverev, 22, with so much on the line and is expecting a tight contest against the seventh seed, who has won just two of their eight ATP Tour matches.

The fifth seed added: “We know each other. For me, it’s funny because it’s first time in a grand slam semi-final I face a younger guy. We’re good friends, I’m happy for him, as well, that he’s playing so good here.

“He made his breakthrough at a grand slam. We have no secrets from each other. We played so many times, also on very special occasions already, at the ATP Finals, semis, French Open quarters.

“It’s a nice rivalry we have. It’s great that we add an Australian Open semi-finals to this one and it’s going to be a close match again.

“If two top-10 players play each other in the semis of a slam, the deciding moments are very small, small margins. I’m looking forward to it. I try to regenerate as good as possible and then try to be 100 per cent ready for Friday.”