Victoria Azarenka survives a wild opening set before beating Ons Jabeur in the quarterfinals of the WTA’s premier event in Cincinnati. Azarenka will take on Johanna Konta for a spot in the title match. 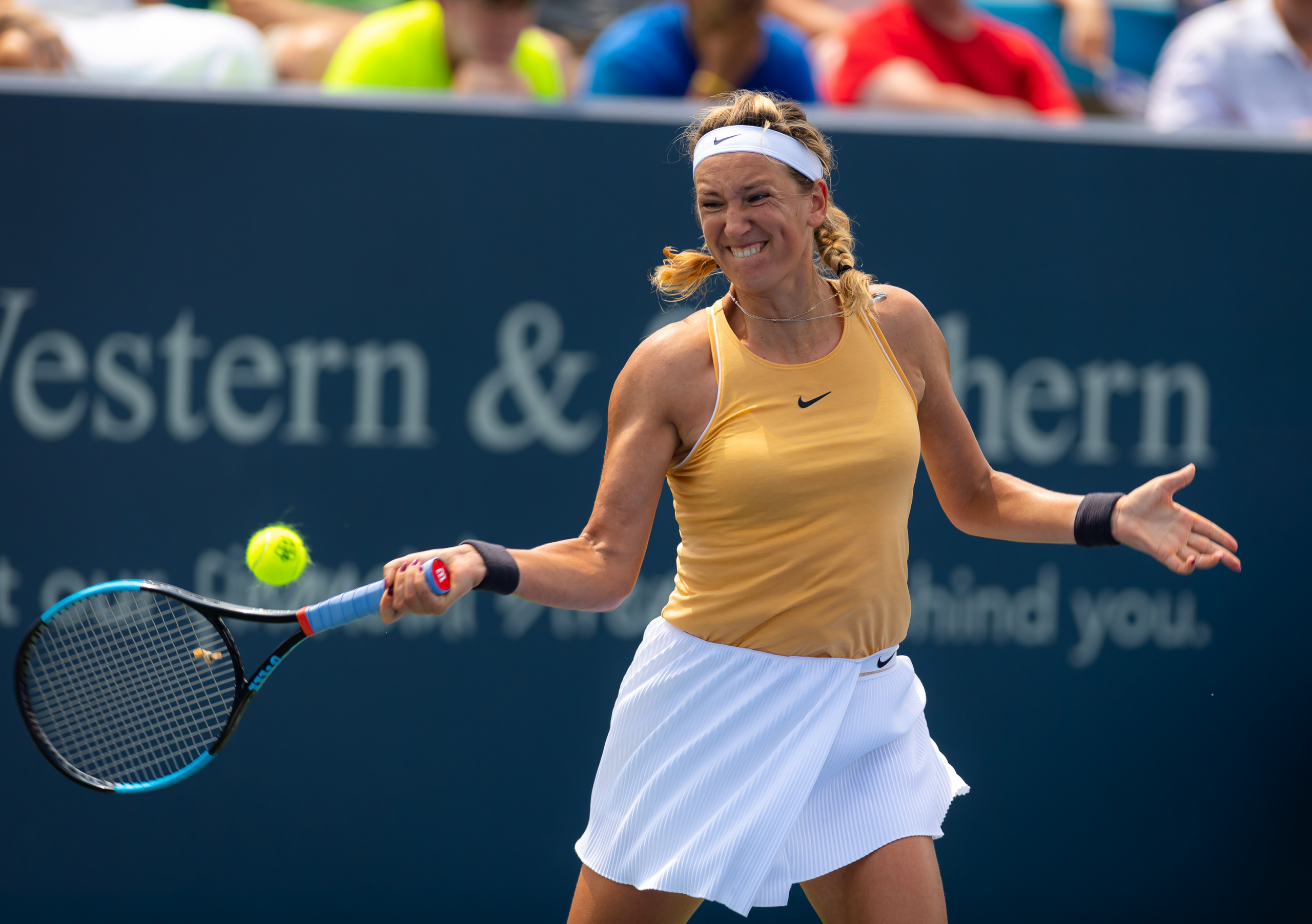 Victoria Azarenka saved four set points in the opening frame of play and then raced away from Ons Jabeur for a 7-6(9), 6-2 victory in the quarterfinals of the Western & Southern Open on Wednesday afternoon.

A wild first set saw Azarenka twice battle back from a break down. Jabeur even served for the opener at 5-4 and led 40-15 in that game, but she could not seal the deal. Soon a tiebreaker had to decide it, and this time it was Azarenka who played from ahead most of the way. However, the 31-year-old squandered three set points of her own from 6-3 up and eventually faced two more set points — at 6-7 and 7-8. Azarenka fought off those, as well, and finally clinched the set at 10-9 by forcing Jabeur into a backhand error with a big inside-out forehand.

It was all Azarenka the rest of the way. The world No. 59 from Belarus broke right away for 1-0 in the second and struck again in the fifth game before extending her advantage to 5-1. Jabeur did not completely capitulate, though, as the 39th-ranked Tunisian earned a break chance in the sixth game and then held easily for 2-5 — but there would be no comeback. Azarenka crossed the finish line with a routine service hold, punching her ticket to the semifinals after one hour and 44 minutes of play.

“It was definitely a tough match,” Azarenka assured. “It was very close. I was down set points and then I had some set points, and the tiebreak was really close. I felt it was really, really good quality. You know, she was pushing me. I had to come up with something [because there were no free] points. So we really had to bring the best today. Obviously there were tricky conditions; the wind was quite heavy today. So it wasn’t easy to manage with the variety that she was bringing, as well.”

Next up for Azarenka is Johanna Konta, who powered her way past Maria Sakkari 6-4, 6-3 in one hour and 32 minutes. Sakkari was making a quick turnaround after ousting Serena Williams 5-7, 7-6(5), 6-1 on Tuesday night. It proved to be too tough of a task for the 25-year-old Greek, and Konta was in no mood for mercy. The 15th-ranked Brit struck four aces without double-faulting and she never dropped serve, saving both of the break points she faced.