Barty battles back to set up Yastremska final

The Adelaide International final will see the world’s top player face one of the WTA Tour’s brightest stars. 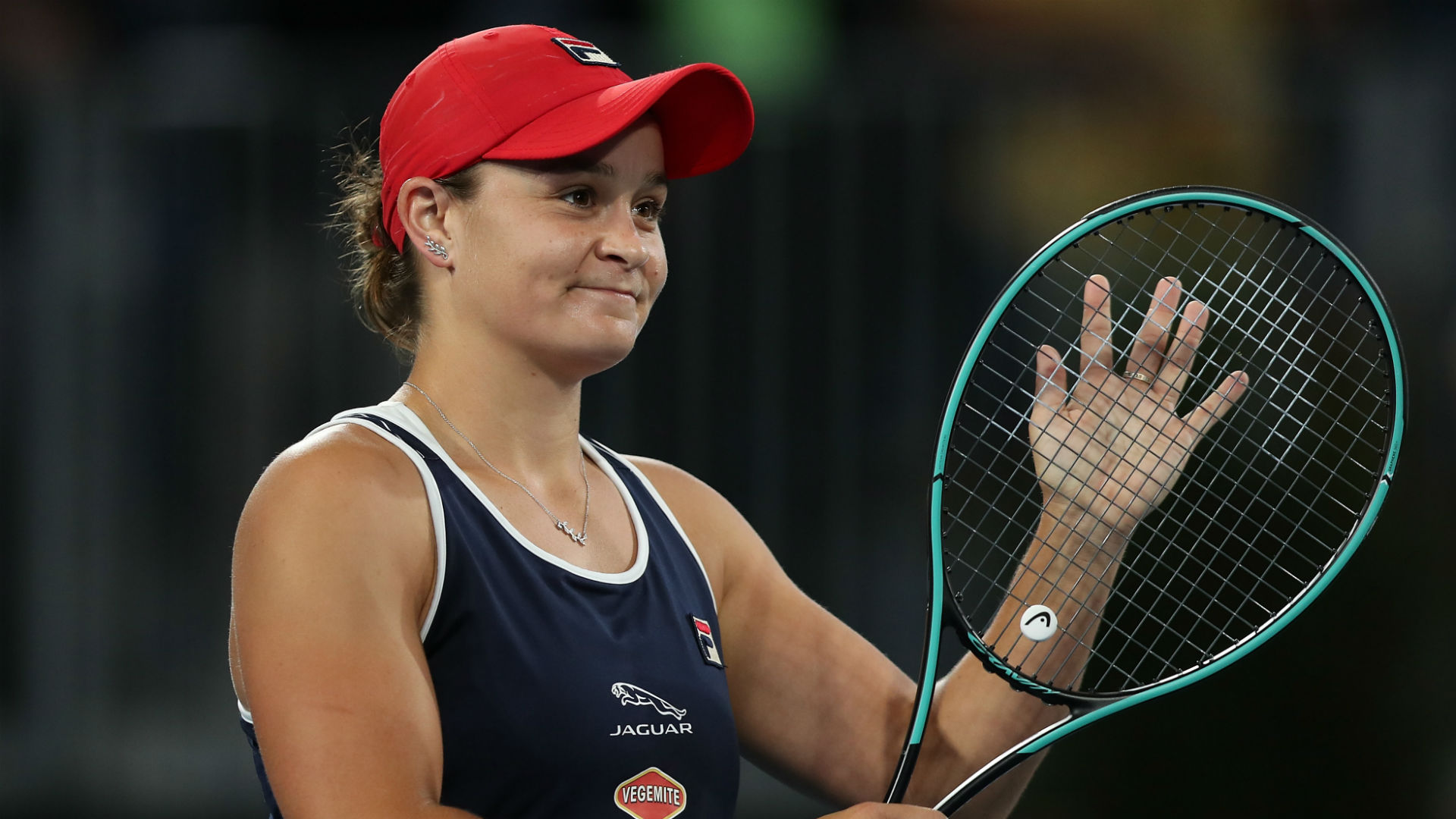 Ash Barty produced a superb comeback to reach the final of the Adelaide International, where she will face Dayana Yastremska in an enticing clash before she bids to win the Australian Open.

The world number one was forced to come through a testing last-four encounter with American Danielle Collins but got a victory that ensures she will remain top of the rankings after the first major of 2020.

Her power posed Barty plenty of problems and another shock appeared on the cards when Collins, who defeated Sofia Kenin and Belinda Bencic en route to the semis, claimed the first set.

Collins struggled on serve in the second set, however, and Barty was ruthless in capitalising as she raced into a 5-0 lead.

Barty broke for a 4-3 lead with a return winner, but Collins’ vicious backhand saw her hit straight back.

.@ashbarty gets the hard fought win over Collins!

The same shot proved her downfall in the decisive tie-break, though, a backhand error securing the match for Barty, who will turn her attention to one of the WTA Tour’s rising stars in Yastremska.

Ranked 24th in the world, the 19-year-old overcame world number 12 Aryna Sabalenka, adding the Belarusian to a list of scalps that has this week also included Angelique Kerber.

Sabalenka saw off Simona Halep in the quarter-finals but Yastremska had too much for her as the Ukrainian completed a 6-4 7-6 (7-4) success.

“Especially in the beginning of the year, I think it brings me some confidence before the grand slam, so it’s nice to be in the finals,” Yastremska said after reaching her first WTA Premier final.

“Here I started really to feel, with each game, that I’m playing better and better.”

Meanwhile, at the Hobart International, Zhang Shuai overcame Veronika Kudermetova to set up a final with Elena Rybakina, who beat 2015 champion Heather Watson.