Barty giving no credence to number one pressure

Naomi Osaka bowed under the pressure of being world number one, but Ashleigh Barty is not feeling it as she attacks at Wimbledon. 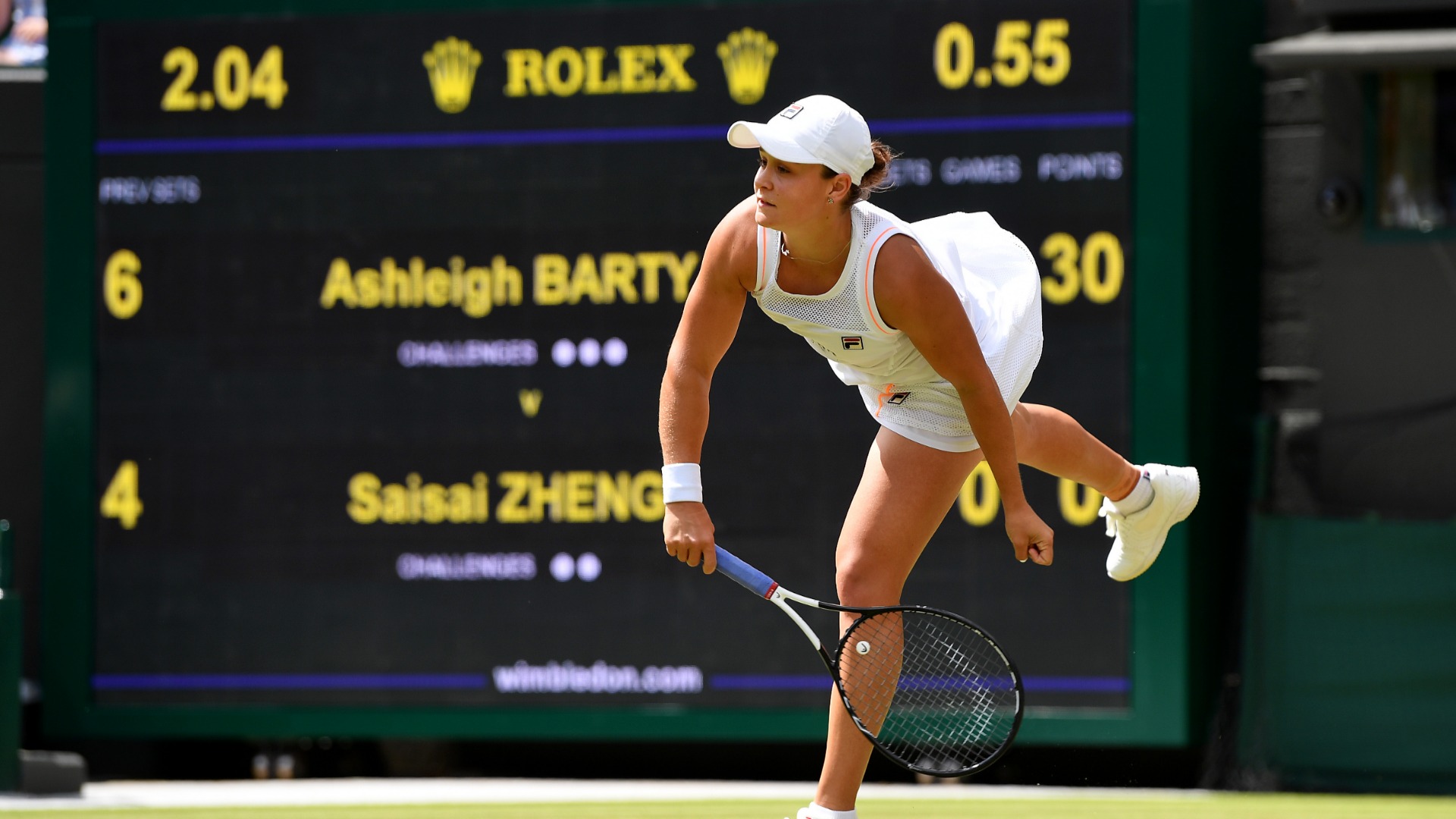 Ashleigh Barty insists she is feeling no added pressure at Wimbledon in her first tournament as the world number one.

The French Open champion succeeded Naomi Osaka as the WTA Tour’s top-ranked player at the Birmingham Classic, with the Japanese having endured a miserable stint since her Australian Open success in January.

Osaka acknowledged ahead of Wimbledon the role of number one brought “way more stress and pressure than I could have imagined” and her poor form continued with a first-round defeat at the All England Club on Monday.

But Barty triumphed against Zheng Saisai in straight sets the following day and appears keen not to worry about her ranking.

“I think, for me, it’s a little bit irrelevant,” she said after the 6-4 6-2 win. “The only pressure I have is what I put on myself, making sure I’m doing all the right things, preparing in the right way.

She added: “The first round is always very tough. It took time to get used to the conditions and the beautiful court with the new roof.

“It feels incredible. It is a little bizarre [to be number one], but this sacred turf we get to play on, you have to enjoy every minute of it.”

Barty will not look too far ahead, either, or allow herself to dream of a second consecutive grand slam title just yet.

“For me, it’s a possibility,” the Australian said. “But it’s certainly not something we’re thinking about.

“It’s about going match by match, trying to do the best that I can in every single tennis match that we play here. If we can give ourselves the opportunity, that would be great.”