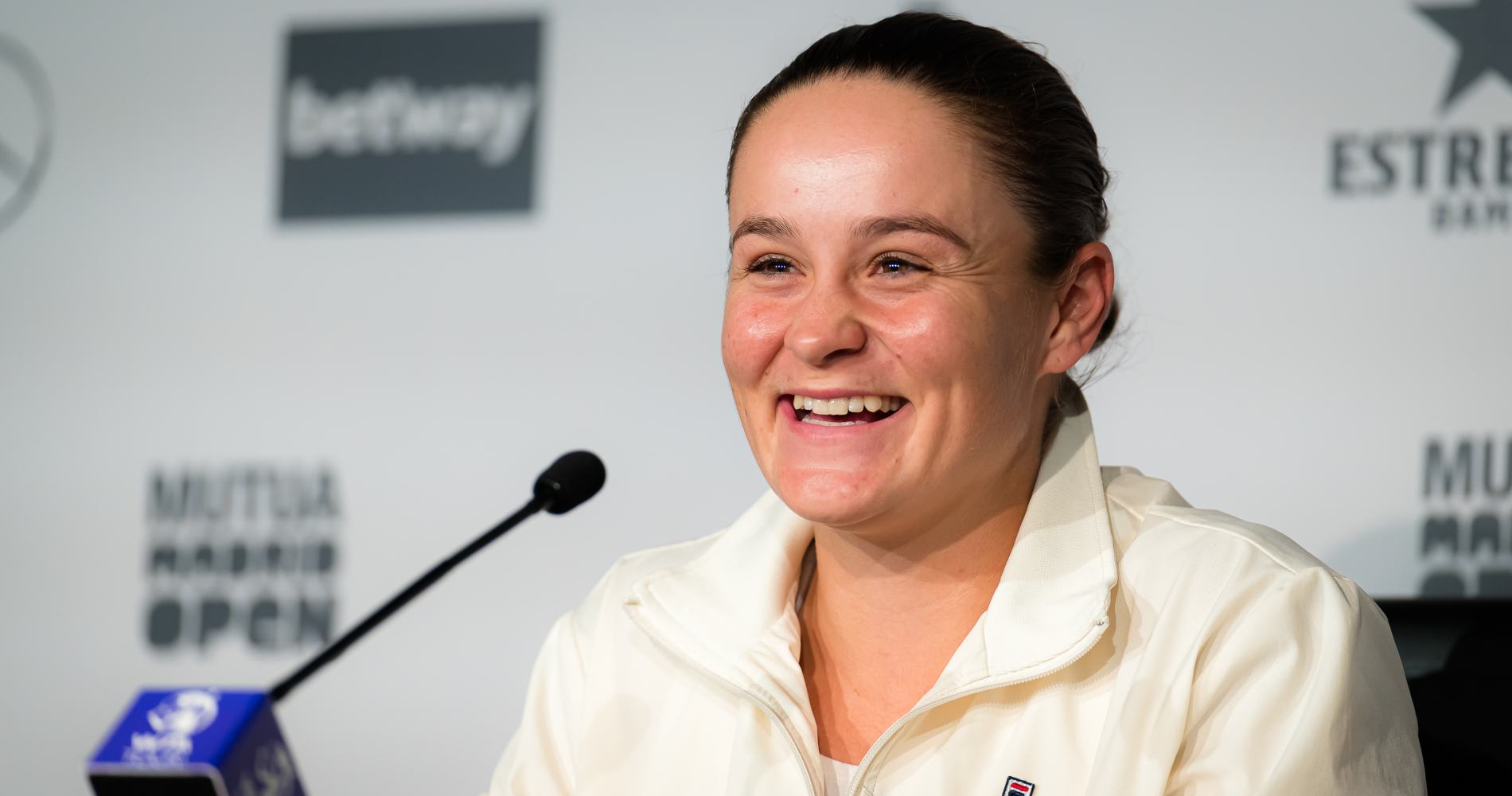 World No 1 Ash Barty may be ripping through the clay-court season but the Australian is already looking forward to Wimbledon and in particular, to playing in front of crowds again at the All England Club.

Wimbledon announced on Tuesday that they are planning to have a minimum of 25 percent fan capacity for this year’s Championships, having decided to cancel last year’s event due to the Coronavirus pandemic. The crowds allowed in could yet rise, depending on the continued success of the vaccine roll-out in the UK.

While the players will be in a strict bubble, staying in hotels and only allowed to leave to go to the All England Club, Barty said players should be thankful that they have the chance to play Wimbledon, even if things could be a little strange, with the possibility that, if the current government plans come to fruition, society could be operating in an almost normal way before the event begins.

Barty on Wimbledon: “We do what we have to do”

“It will be strange, without a doubt,” Barty said. “But to be a little bit strange, to still be able to play Wimbledon, is certainly my preference. It would be a shame to not be able to play that incredible tournament.

“I think as players, but certainly from my point of view, we do the right thing, we do what we have to do to enjoy the fact we get to play at Wimbledon. Hopefully then people are able to enjoy it with us. There may be some crowds. I haven’t heard of what the plan of kind of easing of restrictions are there, so I’m not sure what the plan is. We’re still a couple months way yet. Hopefully in the UK things can settle down, and some sort of normality outside would be brilliant for everyone.”

The decision byRoland-Garros to move back one week in the calendar means that there will be no grass-court event in Nottingham this year, which also means Barty will not be able to catch up with family, something she usually enjoys before Wimbledon.

“Yeah, typically we see them at Nottingham, they’re not far from there,” she said. “Won’t be playing in Nottingham this year unfortunately. I’m sure if they get an opportunity to come down south, they’ll be there in a heartbeat.”

World No.1 @ashbarty moves safely through to the second round of the @MutuaMadridOpen in exactly an hour 👇

Barty too good for Rogers again

Barty, who opened her clay-court season by winning in Stuttgart last week, having won on hard courts in Miami before that, picked up where she left off with a 6-2, 6-1 win over Shelby Rogers at the Mutua Madrid Open, her fourth win in four meetings with the American already in 2021.

“The rate that we’re going, we’ll play every month this year, just make it a tradition. We play each other once a month,” Barty joked. “Every time you step out on the court against Shelby, you really need to be switched on, play your very best because she has the ability to take the match away from you very quickly. It was important for me to start well, across the whole match. It was always going to be a big factor.”

No worries with protective tape on shoulder

And Barty said the presence of some kinesis tape on her right shoulder was nothing to worry about.

“I’m an old body now, mate,” she said, laughing. “Old and got to look after myself. No, just a little bit of support. A bit of WD-40 and we’re fine, we’re all good. Our schedule won’t change.”

Defending champion Kiki Bertens (from 2019), former champion Petra Kvitova and Roland-Garros champion Iga Swiatek all advanced but Elina Svitolina, the runner-up to Barty in Stuttgart last weekend, was beaten 2-6, 6-4, 7-6 by Jill Teichmann, the Swiss coming from 5-1 down in the third set and saving six points before winning the tiebreak 7-5.

Match Points #27 – Roland-Garros one week later: Why do the French think it will change anything?