Barty powers through as Kenin falls in Qatar 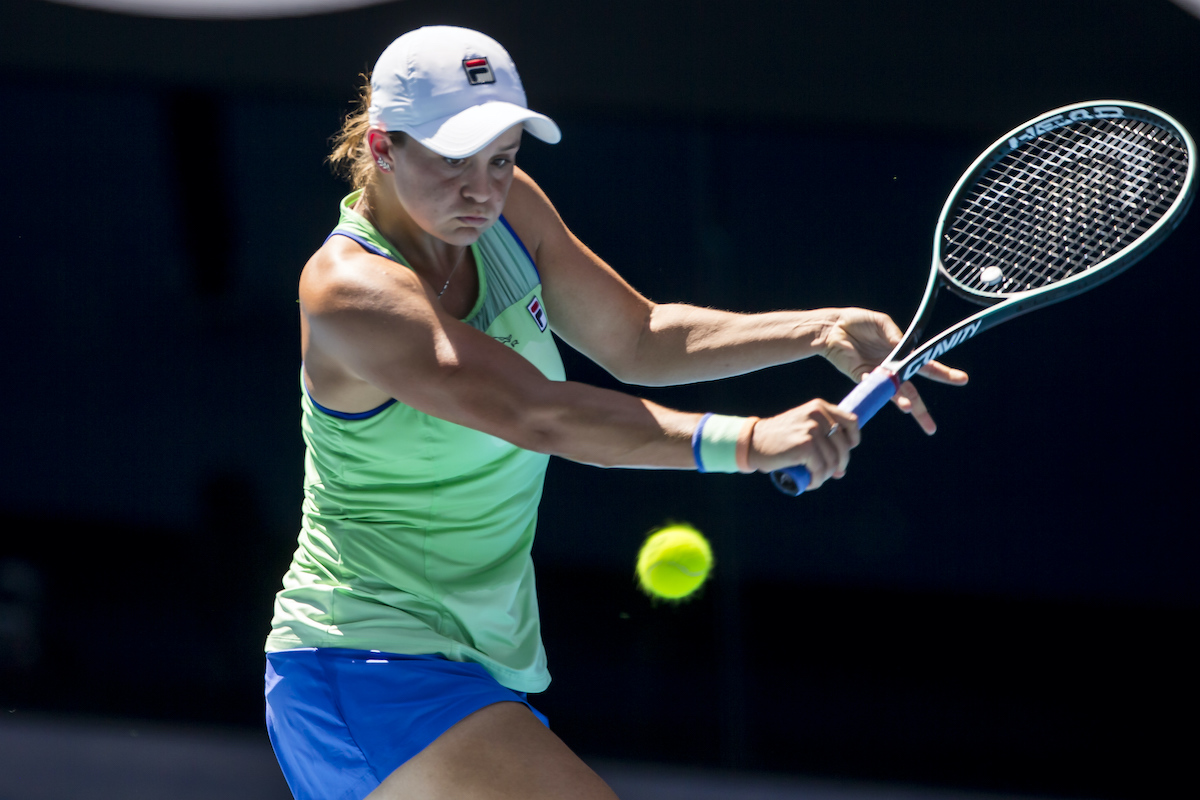 Ash Barty swept into the last 16 of the Qatar Open on Tuesday with a straight-sets dismantling of Laura Siegemund.

In her first match since the Australian Open, world number one Barty triumphed 6-3 6-2 in her opening match at the WTA Premier event.

Karolina Pliskova, Belinda Bencic and Petra Kvitova all advanced, while Melbourne runner-up Garbine Muguruza was in imperious form as she dispatched Ajla Tomljanovic for the loss of just three games.

There were also wins for Saisai Zheng over Vera Zvonareva, Ons Jabeur against Jennifer Brady, Maria Sakkari over Tereza Martincova and Svetlana Kuznetsova against Iga Swiatek.

BARTY BLASTS OUT OF THE BLOCKS

Playing for the first time since losing to Kenin in the Australian Open semi-finals, Barty produced a disciplined performance to beat Siegemund in 73 minutes.

Barty hit 19 winners to 16 unforced errors but admitted she lost focus at some key moments.

“Happy overall to be able to switch on when I really needed to. Disappointing to have a few lapses in concentration but also a credit to my opponent, she came up with some really good stuff in runs to be able to break me a few times,” she said.

How did Elena Rybakina find the corner here?! And it was on match point!

Kenin has now lost three times since lifting the first grand slam singles title of the season, the American slumping to a 6-3 7-6 (7-4) loss to Yastremska.

“It’s really frustrating,” she said. “Obviously coming off of Melbourne where I felt I was playing the best tennis of my life coming down to playing, not the worst tennis, but not playing the tennis I want to be playing.”

PLISKOVA CHARGES ON AS SEEDS PROGRESS

Pliskova was beaten in the quarter-finals in Dubai by Rybakina but looks determined to go the distance in Doha, producing an accomplished performance to oust Bernarda Pera 6-3 6-0.

Fourth seed Bencic was given a tougher time by Veronika Kudermetova before claiming a 6-4 4-6 7-6 (7-4) win that took more than two and a half hours.

Defending champion Mertens is out, though, falling to Yulia Putintseva 4-6 6-3 6-2.

Carlita! I will miss our battles.. hopefully we might fit another one in.