Ashleigh Barty defeats Iga Swiatek in two hard-fought sets at the Madrid Open on Monday. Barty is through to the quarterfinals to meet Petra Kviotva. 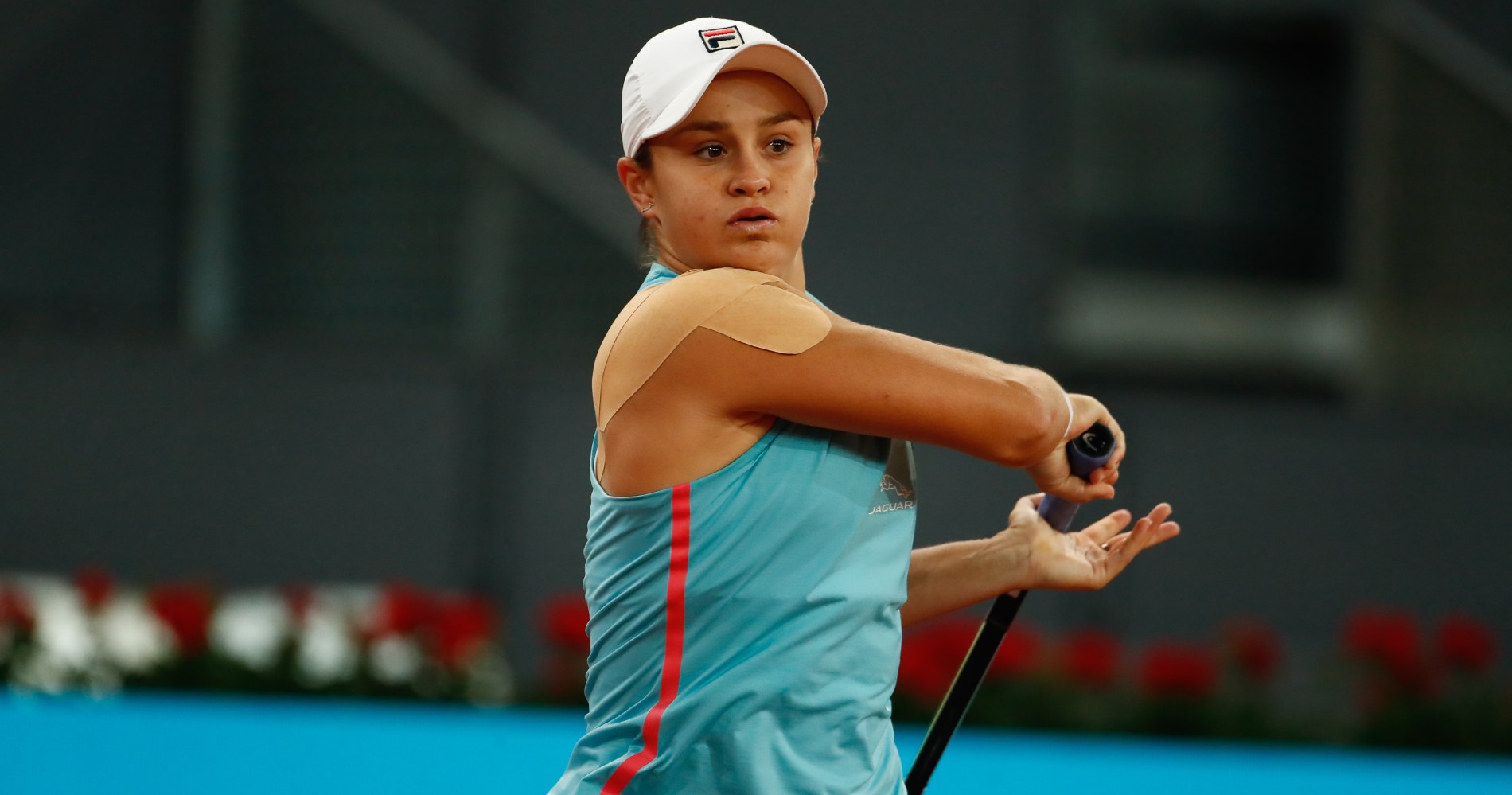 In a battle between the two most recent French Open champions, Ashleigh Barty got best of Iga Swiatek 7-5, 6-4 during third-round action at the Mutua Madrid Open on Monday night. Barty converted all three of her break-point opportunities to advance in one hour and 41 minutes.

Surprisingly, despite the fact that they are two of the top players in the world and frequently advance deep into tournaments, this was the first-ever meeting between Barty and Swiatek. It was the latter who got off to a fast start, racing to a 3-0 lead in the opening set by breaking Barty’s serve in the second game. That game went to deuce five times and Swiatek needed four break points before converting. 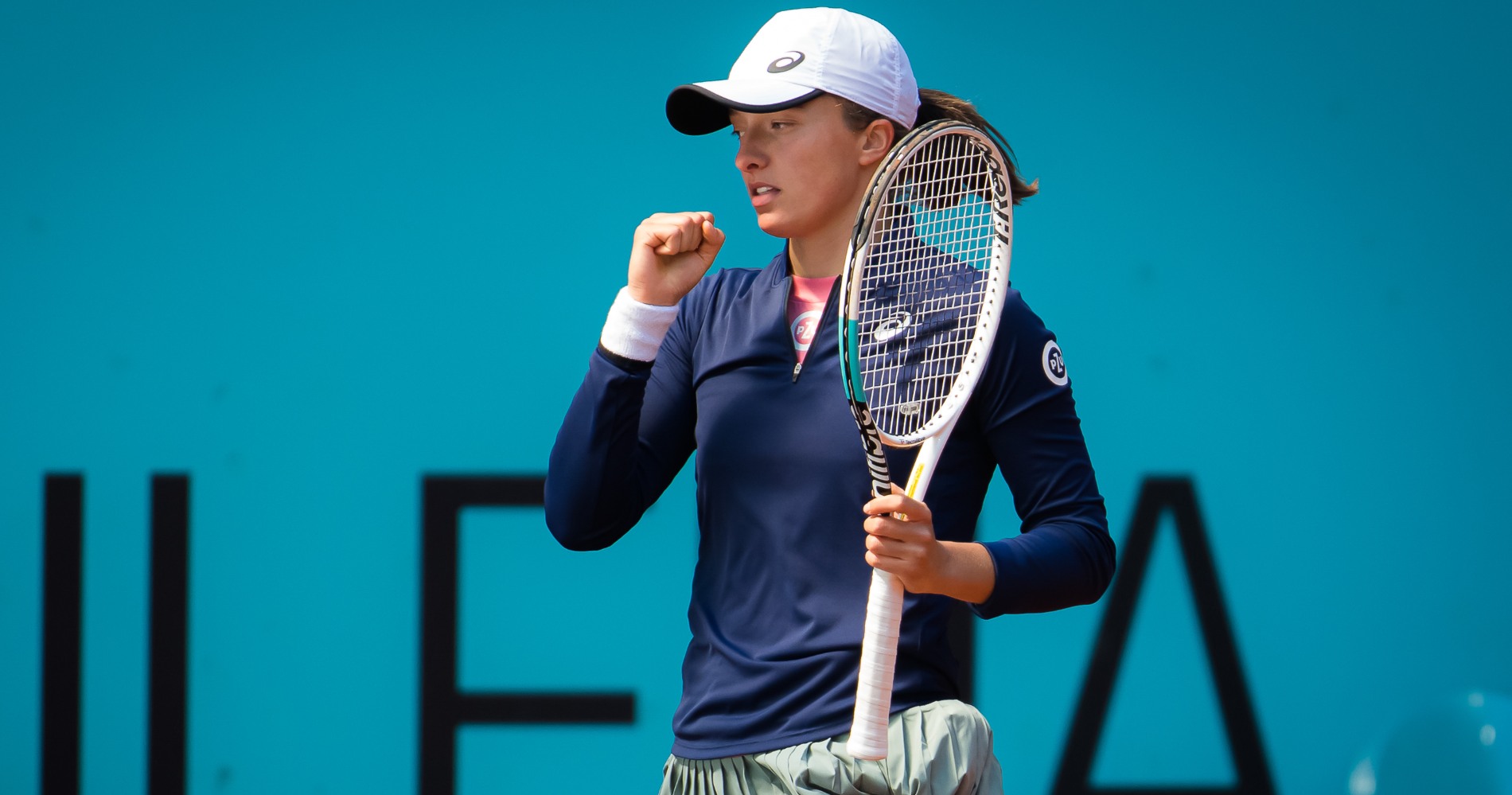 However, Barty is no stranger to being under pressure and she handled it in impressively once again on Monday. The world No 1 got back on serve with a break for 2-3 and she eventually took her first lead with another successful return game at 5-5. Barty served out the set to 30 in the following game.

With momentum in hand, the 25-year-old Australian seized complete control of the proceedings by breaking for 2-1 in the second. Despite finding herself in a substantial hole, Swiatek was not about to go away without a fight. The reigning Roland-Garros winner went ahead 0-40 on her opponent’s serve at 3-2, but she could not capitalize. Swiatek also had a slight 15-30 opening at 4-3 only to see Barty reel off three consecutive unreturnable serves. The top seed’s final service hold was more straightforward, as she closed it out to 15 while serving for the match at 5-4.

Just making sure no one forgets who’s the best in the world. ☝️@ashbarty finds victory over Iga Swiatek in straight sets, 7-5, 6-4.#MMOpen pic.twitter.com/r2EAWmmfwi

Next up for Barty is a quarterfinal showdown against Petra Kvitova, which will give the 2019 French Open champ a chance to level the head-to-head series at 5-5.

Barty has to like her chances. She is now 7-0 on red clay this season, having previously triumphed in Stuttgart. Her overall red-clay winning streak stands at 14 matches dating back to Roland-Garros two years ago (Barty skipped the clay-court swing during the fall of 2020). She is also 9-0 against top 20 opponents in 2021.

Kvitova advanced with a 6-3, 4-6, 6-4 victory over Charleston champion Veronika Kudermetova on Monday.

Argentina's Diego Scwhartzman was stunned by Daniil Ostapenkov of Belarus in Davis Cup... 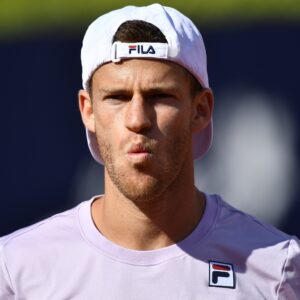