After beating Roger Federer earlier in the week, Georgia’s Nikoloz Basilashvili maintained his momentum to take his fourth career title. 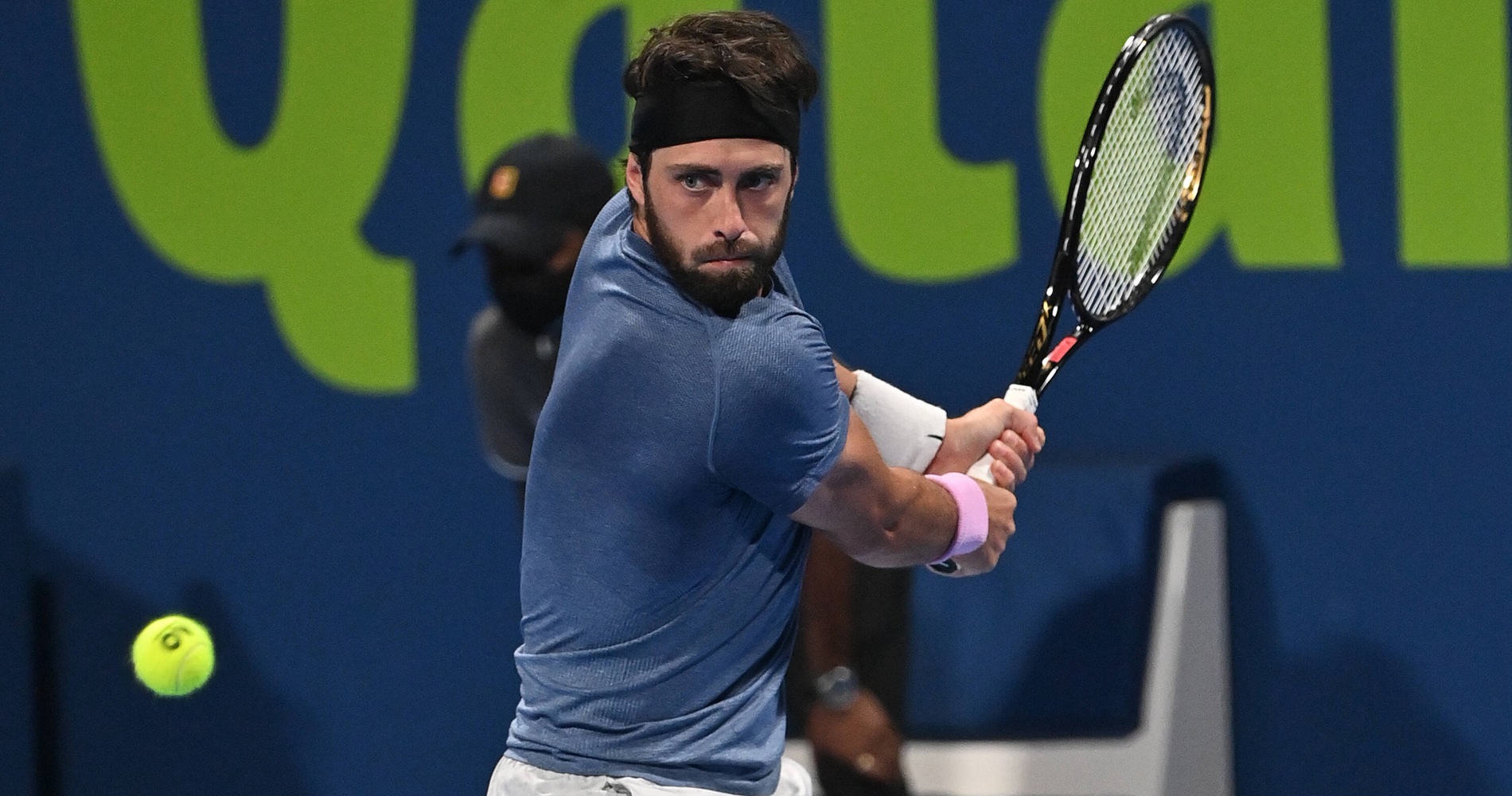 After beginning the week as a party pooper to end the comeback run of Roger Federer, Nikoloz Basilashvili ended it by winning the fourth title of his career on Saturday, upsetting Spain’s Roberto Bautista Agut 7-6, 6-2 to win the Qatar ExxonMobil Open in Doha.

On a cool evening with strong winds which messed with the rhythm of both players, the world No 42 snatched the first set on the tiebreak and then broke twice in the second set to clinch a well-deserved title, falling to his haunches after Bautista Agut’s final forehand drifted wide.

The victory was all the more remarkable because until this week, Basilashvili had won just two matches since the ATP Tour resumed last August, those two coming at the start of 2021 in Antalya. But the Georgian put the conditions out of his head better than his opponent and he pulled away for victory.

“I’m super, super happy,” Basilashvili said. “I had zero expectations to win the tournament, so I’m so happy.

“It was very tough conditions today, I think it could go both ways. I’m super-happy.”

🇬🇪 Nikoloz Basilashvili is the last man standing in Doha.

Bautista Agut went into the match as the favourite, having beaten top seed Dominic Thiem on his way to the final. The Spaniard had also won three of their four previous battles and won nine matches in a row in Doha, dating back to 2019, when he won the title.

But Basilashvili’s confidence has been rising with every win this week – notably his quarter-final win over Federer.

Both men struggling to time the ball on returns, neither had a break point in the opening set. The first six points of the tiebreak all went against serve, though, and it was Basilashvili who stopped the run, before firing a brilliant backhand down the line to lead 5-3. Bautista Agut got it back to 6-5 but the big-hitting Georgian played a superb set point to wrap it up 7-5.

🇬🇪 Nikoloz Basilashvili is one set from the title in Doha.

He wins the first set 7-6(5) against Roberto Bautista Agut. pic.twitter.com/hlsw305AFR

Bautista Agut was clearly not enjoying the conditions at all and he had to dig deep to hold from 0-30 in the fourth game to stay on serve. But Basilashvili would not be denied and he broke in the sixth game and then again in the eighth to seal the title.

He’ll climb to a projected No 37 in the ATP rankings, when they’re officially updated on Monday while Bautista Agut will remain No 12.

“I could have played better in the final but I want to congratulate Nikoloz,” Bautista Agut said. “Today was his final, he played great, really aggressive.”

One response to “Basilashvili completes perfect week with Doha title”