For the third time in three matches, Daniil Medvedev found Roberto Bautista Agut too hot to handle as his Miami Open title hopes ended at the quarter-final stage 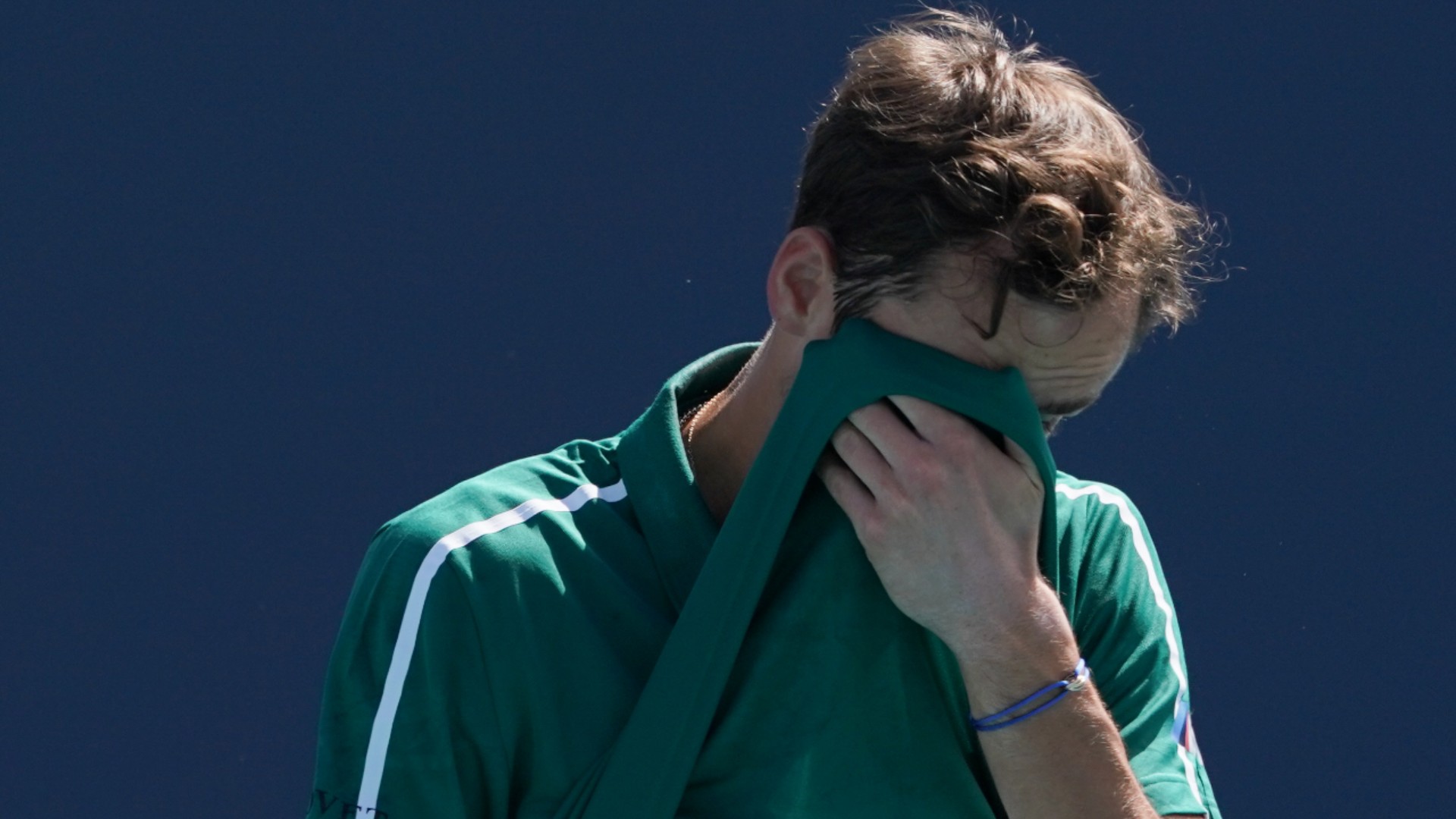 Top seed Daniil Medvedev‘s drought against Roberto Bautista Agut continued at the Miami Open as the Russian was defeated 6-4, 6-2 by the No. 7 seed in Wednesday’s quarter-finals.

Bautista Agut defeats Medvedev for the third time in a row

Medvedev had been beaten by Bautista Agut in both their previous encounters  – with the Russian losing the 2017 Maharashtra Open final in straight sets and last year’s Western & Southern Open quarter-final in three sets.

For the third time in as many matches, Bautista Agut was able to defeat Medvedev to reach the last four in Miami.

Bautista Agut – the oldest player remaining in the draw – broke for a 5-4 lead in the opening set and never looked back against the 2021 Australian Open runner-up.

Anger is an energy 😡

Bautista Agut continued to dominate in the second set, breaking the Russian early on and then once again later to complete the straight-sets win in one hour and 32 minutes.

“I want to give Daniil Medvedev all the credit, I know he is one of the best players in the world,” Bautista Agut said during the on-court interview. “He’s been winning a lot of matches, he’s No 2 in the world, so I’m very happy and proud about how I played today. I think I showed a great level on the court.”

We’ll have a new Masters 1000 champion in Miami 💪@BautistaAgut powers past top-seeded Daniil Medvedev 6-4 6-2 to book his spot in the semi-finals. #MiamiOpen pic.twitter.com/1rkIIJ5ibb

Bautista Agut to meet Sinner in the Miami Open semi-finals

Spanish veteran Bautista Agut will face 19-year-old Sinner in the semi-finals of the Miami Open.

Bautista Agut and Sinner have met once before on the tour, with the Italian winning their recent encounter in Dubai in three sets.

“It was a very tough match in Dubai, and it was a very tight score,” Bautista Agut said, as quoted by the ATP Tour. “He’s playing great, he’s very solid and he has very good strokes. I think I’ll have to play another good match like tonight.”

“Jannik is playing great… I have to say he will be one of the best players in the world. I want to enjoy another good match and be happy about playing in the semi-finals.”

In Thursday’s other quarter-finals, second seed Tsitsipas will take on 26th seed Hurkacz, and fourth seed Rublev will take on unseeded Korda.

Also Read: Sebastian Korda’s exclusive interview with Tennis Majors earlier this year on his decision to skip the Australian Open and instead compete in ATP Challengers.