Elliot Benchetrit explains to Tennis Majors how his Australian Open qualifying hopes ended on Monday, even though Denis Kudla received a positive Covid-19 test during their match. 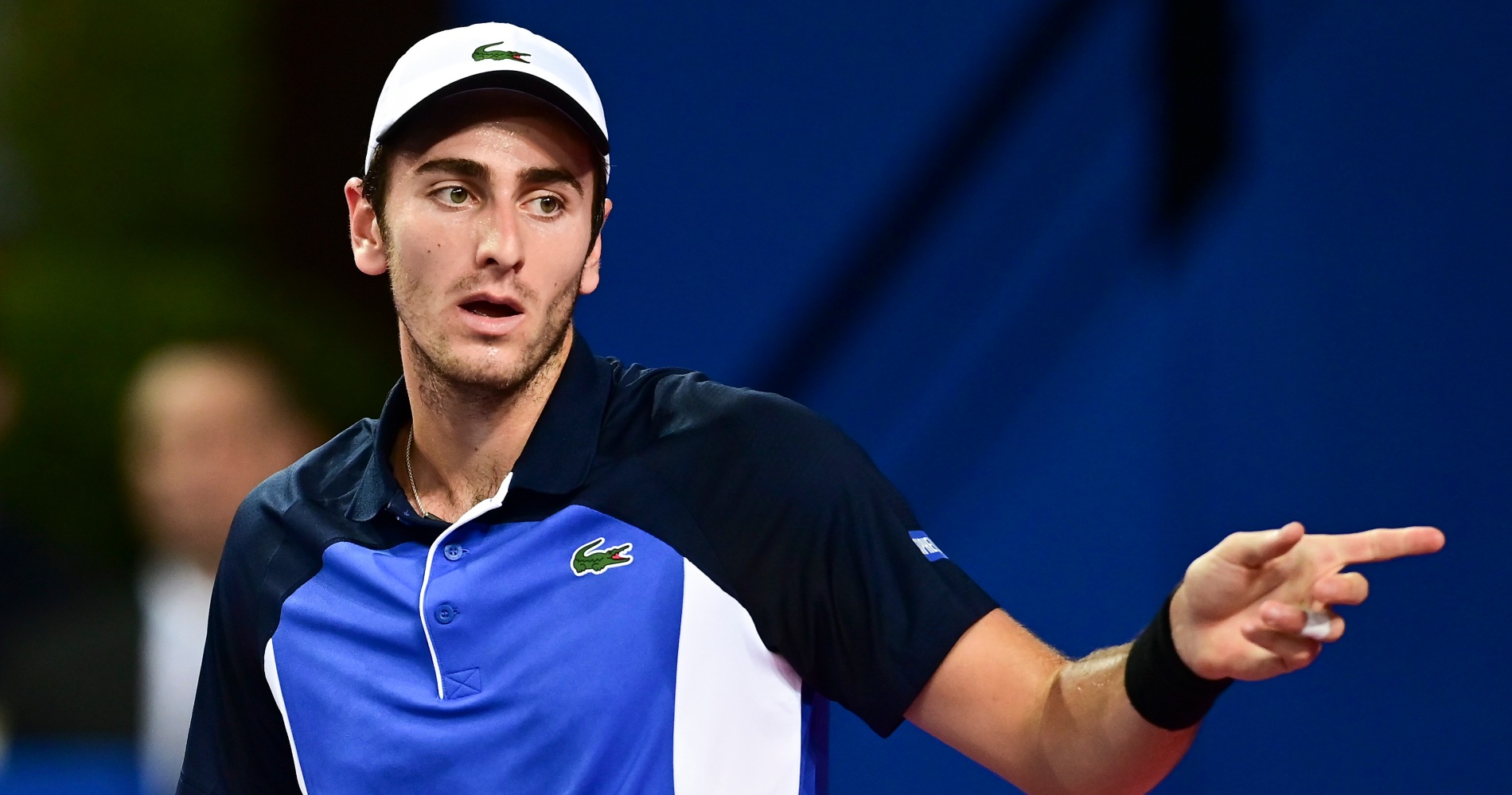 Elliot Benchetrit will long remember his first official match in Morocco colours. The world No 221, present in Doha to play the Australian Open qualifying event, lost to Denis Kudla, the world No 114 (6-4, 6-3). So far, nothing unusual. Except that both players learned during during the match that the American had tested positive for Covid-19, his result coming at the end of the second set, when Kudla was leading 5-3.

his Instagram feed. According to the Moroccan, he was told that had he won the game at 5-3 to make it 5-4, he would have been adjudged the winner. Instead, Kudla closed out the match but because of the test, the American is now excluded from the rest of the Australian Open qualifying event and will also be required to quarantine for a week in Doha.

“The rule was to finish the game in progress before the match was stopped and it was during the last game of the match so he was declared the winner…” Benchetrit told Tennis Majors by telephone.

Elliot Benchetrit, who lost to Denis Kudla 6-4 6-3 in the AO qualifying R1, says that news that Kudla tested positive to COVID broke out at 5-3 in the second set…

…and Benchetrit was told later that if he had won the game for 5-4, he would have been through? pic.twitter.com/Dw4vRlPdTt

Benchetrit could yet have to quarantine, too. The world No 221 said on Instagram that he is waiting to find out whether he is considered a close-contact case or not. If so, he will have to stay confined to his hotel room in Doha for at least 10 days. But he remains optimistic. “They should not consider me as a contact case,” he told Tennis Majors.

A not so airtight bubble

So why was Denis Kudla allowed to play when he hadn’t got the result of his test? Benchetrit says it’s a big problem.

“The concept of a test is to have the information beforehand so as not to endanger the linesman, the opponent, or simply every person the player may meet before or after his match. There are also lucky losers who are waiting for a forfeit to be able to play, who made the trip for nothing. The board is truncated, there is going to be a player in the 3rd round of the qualifications having played only one match, that’s also the problem.”

In Doha, for the Australian Open qualifiers, the players are confined to a hotel but they use the same lifts as the staff of that hotel. Benchetrit suggested this could be the cause of the positive tests of some players (Francisco Cerundolo also tested positive for Covid-19).

“We use the service lifts for the staff, so as not to cross the clients,” he said. “And quite a few players suspect the hotel staff, who are not tested as regularly as we are, of being the cause of the contamination of some players. That’s why more and more players are testing positive.”

“Before arriving in Doha, each player had to do a test in his country and we also did a second test when we arrived there. For Kudla and the others, it was the third test so it is almost certain that he was not positive before arriving here and that he was contaminated in Doha,” Benchetrit explained.

Dustin Brown, also competing in the qualifying event, explained that many players were playing while still waiting for the results of their tests.

It Was The 2nd Test, That All Players Did Yesterday…
Even Tho It Was Said That „The Expected Turnaround Time Is Approximately 8-14 Hours“, This Hasnt Been True For Most Cases… A Lot Of Players Were Waiting On Their First Test Results (In Their Rooms) For Over 24h.. https://t.co/kcOr2zKmWN

Its How Its Been 🤦🏾‍♂️… I Did My 2nd Test Yesterday Around 9am, My Match Was Around 4pm & I Received The Email With The Result Around 11:00am Today… Not 8-14 Hours… pic.twitter.com/QTzxpYqfTA

With Kudla and Cerundolo now out because of their positive Covid-19 tests, Australia’s Dane Sweeny, ranked 794 and Spaniard Mario Vilella Martinez, No 186, were handed a place in the final round of qualifying.

Tennis Australia confirmed the news to Tennis Majors in a statement via email.

“Two players have returned a positive COVID-19 test at AO men’s qualifying in Doha, Qatar. Both players have been withdrawn from the tournament and transferred to a quarantine hotel,” it said. “Local health authorities, the tournament physician and medical team are monitoring each individual. Contact tracing is currently underway to notify close contacts.”