The 20 years old Cici Bellis went from prodigy to nearly retired in the span of two years, but now it seems she’s being given another shot at a career in tennis, as she reached the third round at the Australian Open 2020. 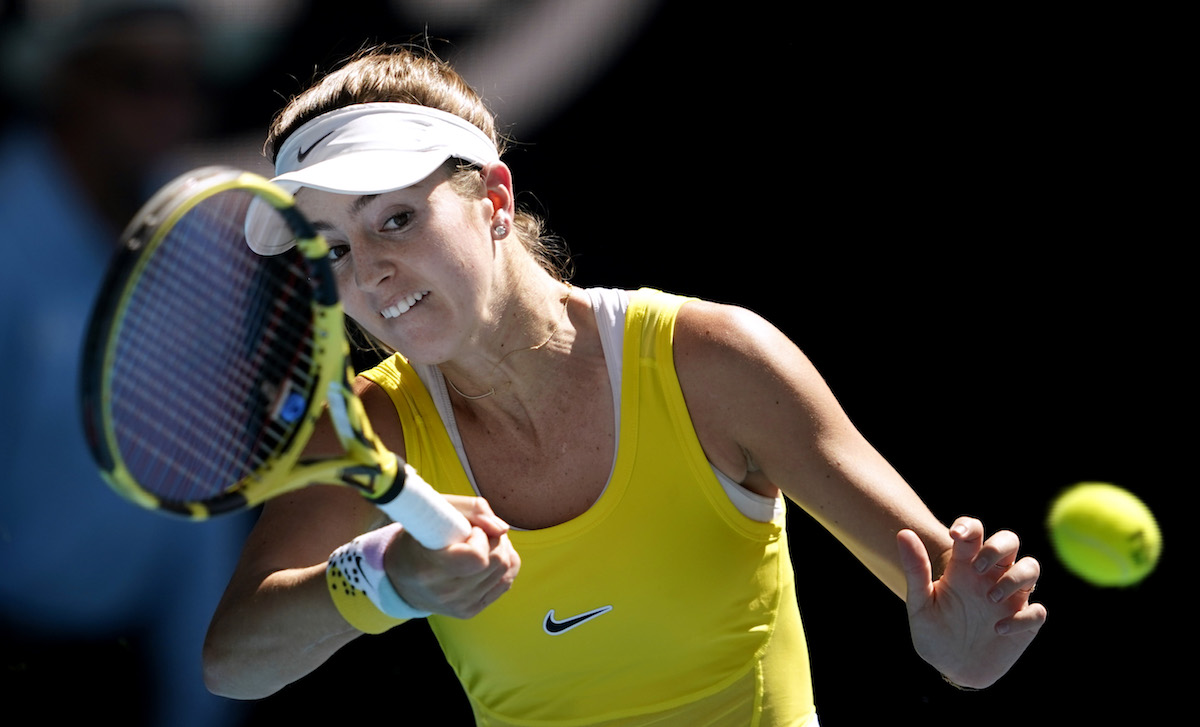 “It’s a win, coming out of here healthy.” Disappointed after losing in the third round against Elise Mertens (6-1, 6-7(5), 6-0), Top 20 player and 2018 semi-finalist here, Cici Bellis still knew to come back on the top of her priority list: she’s still healthy.

She was fearless, she was the crowd favorite, she was the next big thing. A big forehand, a stellar counterpunching game, a big heart, and the utmost competitor: Bellis was on the path to everything. She already had a best ranking at 35th in the world in 2017 at a period where the very young guns were nowhere to be really seen.

But fate was going to strike, and so between April 2018 and June 2019, Bellis went four times under the knife and nearly lost all hopes of a tennis career.

When she tells about the surgeries she went through, it reads like a nightmare. The first one fied three tears in her right wrist, the second one fixed two fractures in her right elbow, the third one was made to break her right arm in order to shorten the bone, and the fourth one to take away the metallic plate that had been put in her arm after she suffered from side effects.

“When the doctor told my mom and I about the need to break my arm in half and to shorten the bone, we laughed because it sounded so barbaric!”

But she still went for it.

“I love playing tennis, I really wanted to get back to it.”

And after a year and a half, she was training again, but bad luck wasn’t done with her. She felt a bit of pain in her right elbow and so decided to check with a doctor in case of, because she was hitting again and didn’t want to do anything wrong.

“And here he told me my career was over. That my ligament was totally torn and that it was a career-ending injury. After everything I had already gone through, it was horrible. Luckily for me, he sent me to another doctor who didn’t see the same thing at all, told me it was a partial tear. And then I saw someone else, who again didn’t see the same thing. Seems all my doctors had a different opinion from the same images. (laughs) So as of today, I still don’t know if that ligament is partially damaged or totally or not at all anymore, but I don’t care: I’m pain-free, that’s the main thing.”

“I’m feeling great now, I’m ready to go, ready to play more matches and to see my level going back to where it was.”

She’s also ready to forget that she nearly stopped everything, that she had to go to the physio every day for two years and that as of today she’s still in touch with a psychologist once a week.

“It’s been tough mentally too of course but I have a great team around me. And now, with this third round in a Grand Slam it feels incredible. I’ve spent so much time out of the Tour and stuck in rehab. At some point I didn’t think I could play again, I had signed up for college and everything, so seeing what happened this week is amazing.”

Cici Bellis career started like a fairy tale before turning into a horror show. Here’s hoping this very young woman can get her life back on the track she has always wanted. It doesn’t totally depend on her, it depends on a right arm severely damaged but one day someone told Maria Sharapova that her right shoulder was done for tennis and still she came back to win Majors, and one day someone else told Kim Clijsters that the tendon she had torn in her left wrist was never going to let her play again, still she came back, Victoria Azarenka had two left knee monster-injuries and came back to win titles, Juan Martin Del Potro broke wrists and knees, and still played a Grand Slam final, and let’s not start on Rafael Nadal’s knees or the Williams sisters health issues.

Miracles in tennis do happen sometimes, and Bellis is hoping for one of her own.