Angelique Kerber began her title defence by surviving a battle of wits at Wimbledon as she beat fellow German Tatjana Maria on Centre Court. 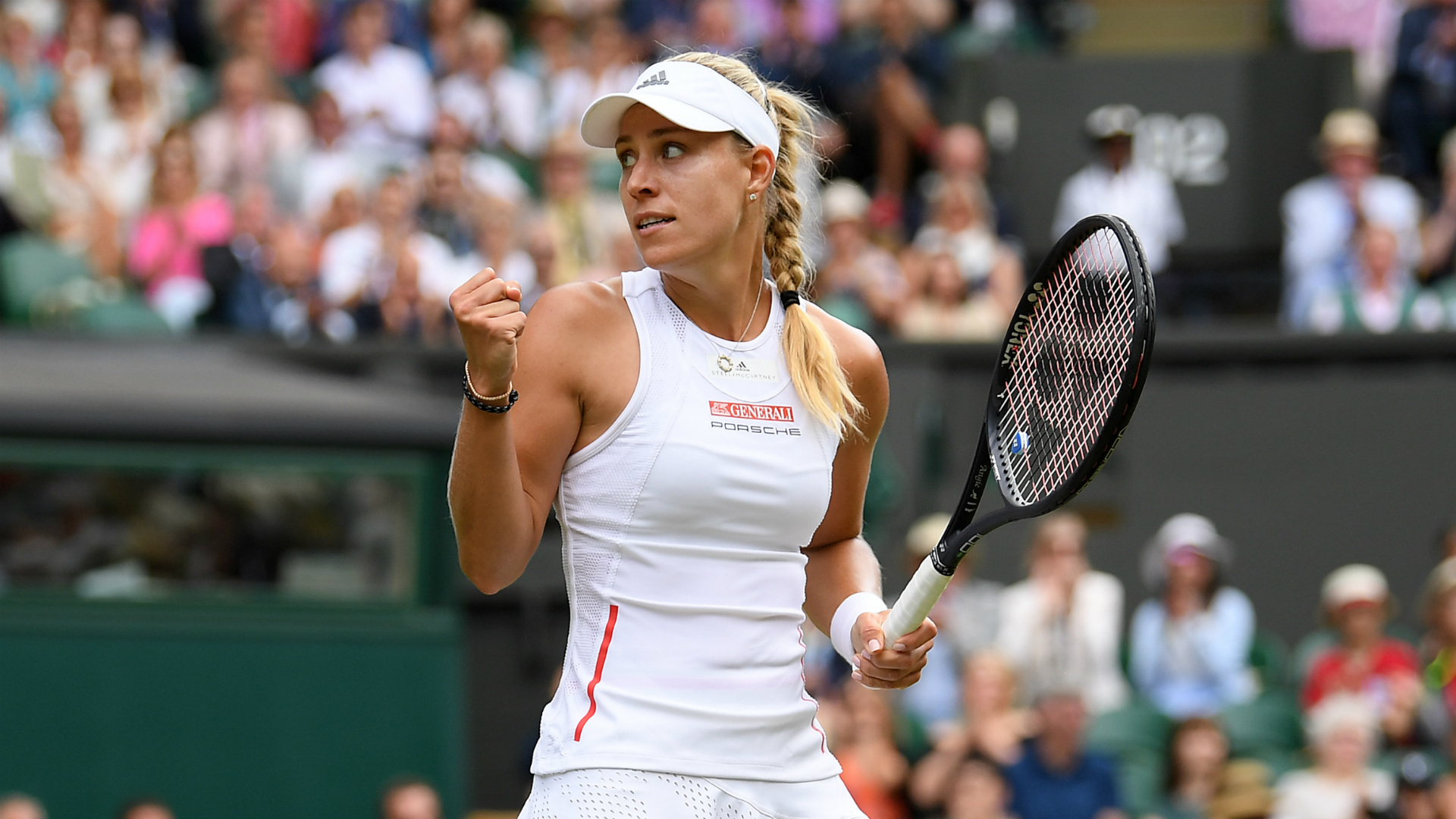 Angelique Kerber solved the problem of the Tatjana Maria forehand slice as she began her Wimbledon title defence with a straight-sets win on Centre Court.

An all-German battle juxtaposed the conventional game of left-hander Kerber with the peculiar sight of Maria repeatedly swishing squash shots across the net, often drawing unusual spin and swerve.

Kerber broke serve seven times, but the 31-year-old was outfoxed on her own delivery four times while battling to a 6-4 6-3 first-round victory.

Although born just five months apart, compatriots Kerber and Maria have barely encountered each other on court.

Their one previous meeting came on clay in qualifying at Barcelona in 2009, and went Maria’s way, yet that was hardly a gauge of how this match would run.

The perfect start to her title defence…

Kerber landed her third grand slam singles title last year at Wimbledon, surprising many with the way she soundly beat Serena Williams in the final.

She has not won a title since but a run to the Eastbourne final last week, despite losing out to Karolina Pliskova for the trophy, appeared to bode well for this fortnight.

The first set was wrapped up with a terrific lob on the run, and Kerber made sure of the win with a powerful two-handed backhand down the line that Maria could only jab wide.

In the closing stages an entertaining rally had seen Kerber play a gratuitous exhibition shot between her legs, only to be trumped by a stop volley from Maria.

It was that sort of match, unpredictable in all areas but for the outcome.