Coria escapes from Alcaraz as young Spaniard squanders his chances

Federico Coria withstood a powerful onslaught from sixteen-year-old sensation Carlos Alcaraz to win a tight three set encounter and book a place in the quarterfinals of the Rio Open. 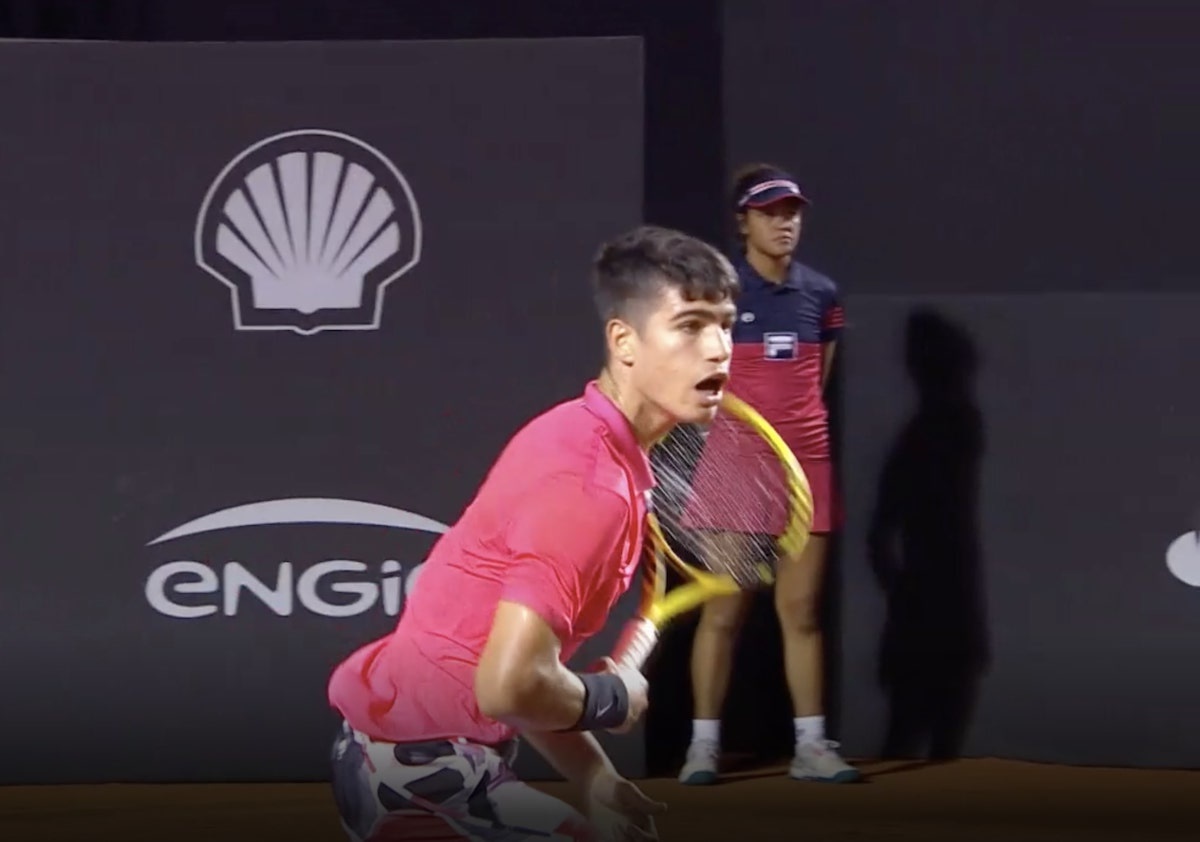 Much of the focus coming into the match was understandably on the young Spaniard being one for the future, but the Coria name is also a familiar one, the younger brother of former French Open finalist Guillermo producing some fine tennis to subdue the power game of his opponent and win 6-4, 4-6, 6-4.

Alcaraz, who won his first ever ATP Tour match on debut against the experienced Ramos-Vinolas in the opening round, again had to go the distance but came out on the wrong side of the result after an intriguing match. Victory for Coria now sets up an encounter against Chilean World No. 25 Cristian Garin.

A double fault on the opening point was not an auspicious start for Alcaraz, but he then settled quickly, blazing inside-out forehand winners to hold. On paper, this second-round meeting against the brother of the former World No. 3 was an easier task than against Ramos-Vinolas, but the Argentine was proving a tricky customer, fashioning a break point in the fifth game.

A forehand winner and ace got Alcaraz out of that particular jail, and then the Spaniard’s turn, although he could not convert either of his chances in either the sixth or eighth games in an intriguing battle of power versus guile. Then, in a third successive game of break opportunities, it was Coria who flipped the script, claiming the first break at the perfect time to leave him serving for the opening set.

Earlier in the week, Alcaraz likened his game to that of Roger Federer, especially referencing his penchant for drop shots, a couple played to great effect early in the match. But possessing a booming forehand and double-handed backhand, the young Spaniard also resembled a right-handed version of a certain man from Manacor, as he blazed his way to a break back point. But, despite hitting 14 winners, 11 unforced errors at key times meant that five break points came and went, and the Spaniard would have to fight back from a set down to continue his run.

The fightback began in the second game of the second set, Alcaraz finally converting his fifth break point to secure the early advantage. But at 5-1 up and with a double break, the exuberance of youth seemed to play a factor and shots began to go awry. Guillermo Coria was nicknamed ‘the magician’ in the early 2000s for his guile and cunning around the clay court, and there was evidence of those genes at work in the second set as the younger Argentine sibling drew back on serve.

But this time there would be no escape from Alcaraz, a sublime drop shot from deep I court bringing a set point, converted at the second time of asking as Coria hot a backhand wide. Into the third, and a break apiece at the start kept the spectators guessing as to whose night it might be.

With Alcaraz up to 29 winners and also displaying superb net skills, it must have been a frustrating watch for Juan-Carlos Ferrero, as his pupil squandered three game points to concede the early break at 3-2.

A love hold on his next attempt kept Alcaraz in the hunt, but Coria was in no mood to let his advantage slip this time, playing the clutch points better to emerge the victor.

If it was Alcaraz who caught the eye with his dazzling array of winners, he may well have learned an important lesson from Coria in how to hang tough at the right moments and become an obdurate match player. It will be intriguing to see how his game develops under Ferrero’s expert tutelage.