In an exclusive interview with Tennis Majors, Grigor Dimitrov discusses his struggles as he returns from a serious bout with COVID-19. 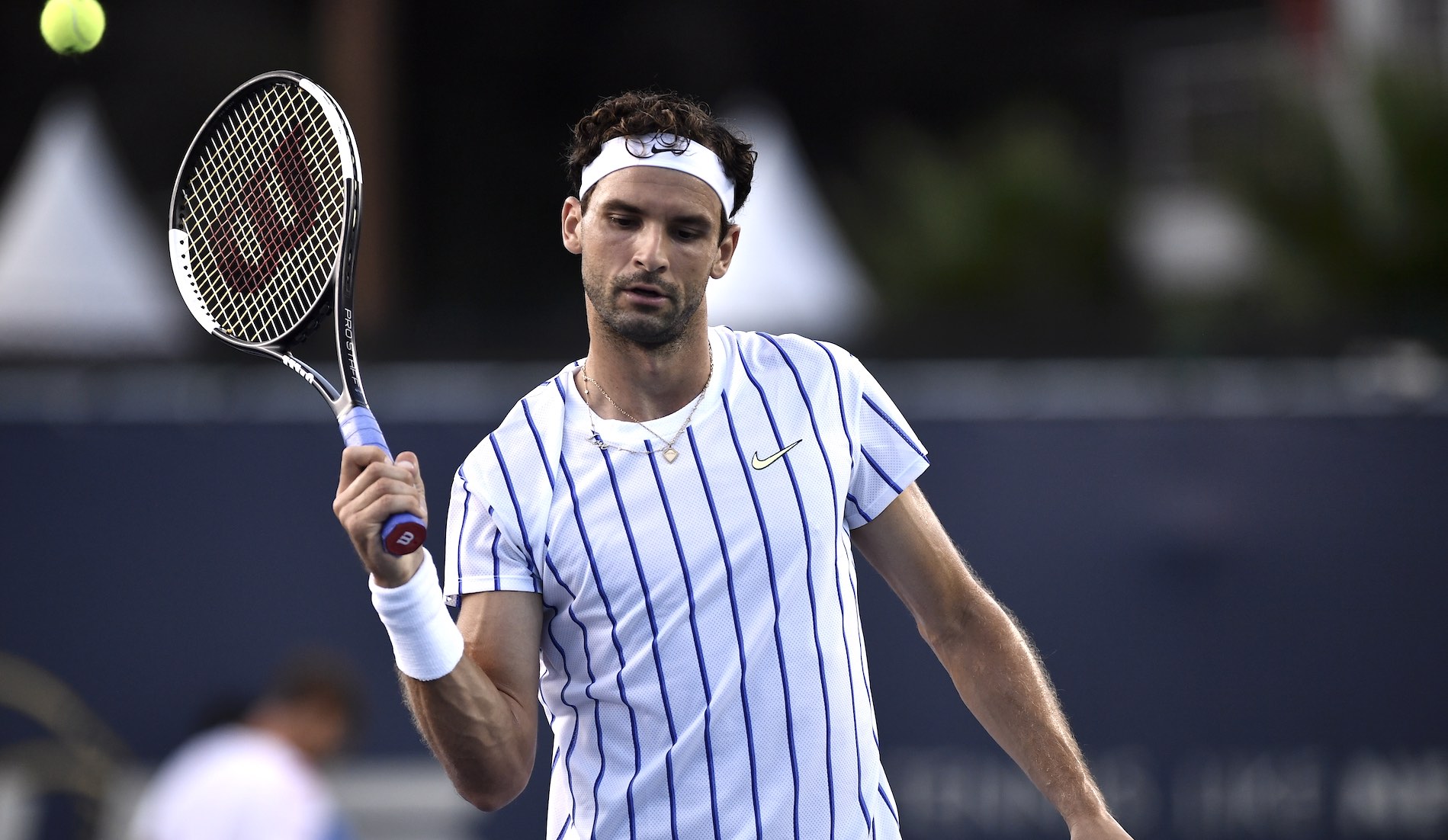 For obvious reasons, Grigor Dimitrov did not have high expectations heading into his UTS debut this weekend. The Bulgarian was the first player who participated in the Adria Tour to test positive for the coronavirus (he was eventually followed by Novak Djokovic, Borna Coric, and tournament organiser Goran Ivanisevic). Barely more than a month later following a rough bout with the coronavirus, Dimitrov is finding his comeback to be difficult.

Grigor, who opted against any nickname aside from his actual name, lost to Richard Gasquet 4-0 on Saturday and then fell to Feliciano Lopez in sudden death on Sunday. The 29-year-old has been eliminated from semifinal contention, as Gasquet and Lopez will go head-to-head next weekend with the winner to triumph in Group A.

A Tennis Majors exclusive : Covid-19 was "hard" on Dimitrov, and return to play has been challenging. Listen to him 👇#UTS #tennis #covid pic.twitter.com/zz279RW5ig

“I came in honestly with no expectations,” said Dimitrov to Tennis Majors, who was making his UTS debut after not participating in UTS1 earlier this month. “I haven’t practiced for that long. I’m just trying to focus on the format and enjoy it. Clearly I’m not ready to compete at the highest level right now. The movement is getting better; everything is kind of going in the right direction but it’s still not easy to recover. I’m far (from my best level) for sure. I haven’t played tennis in over a month. The virus was hard on me. I stayed home for about a month. It’s a tough road back.”

Unlike for other players like Djokovic, who was asymptomatic, Dimitrov suffered greatly from coronavirus symptoms. The illness basically took him out of all tennis activities for an entire month. So not only is he obviously short on match competition, but he is even lacking practice time. Now he is just glad to be back.

“I think it’s I guess is different for everyone,” he said of COVID-19. “I was not breathing well. I was tired. I had no taste; no smell. Everything you could possibly think of. So it was no fun. To be honest I’m lucky to be on the court right now. I don’t take each day for granted. I really appreciate being here. It’s so nice that during time off you can come out and play with your competitors.”

Putting in the effort

Despite the losses to Gasquet and Lopez, Grigor hopes this is good preparation for the possible return of official ATP Tour events next month. The Citi Open in Washington, DC was the latest cancellation, but the Western & Southern Open and US Open are still on the schedule for late August.

“I’m just trying to put in effort every single day,” Dimitrov explained. “Even if I’m tired or not, to keep progressing. One day I feel really well and I have I have about four hours to be out. But then all of a sudden I need to completely shut down take a take a nap or just rest. So I have to go through that process as much as possible. Hopefully I’m going to recover fully.”