Novak Djokovic has blamed the Australian Open quarantine situation for the spate of injuries in the tournament and has cast doubt on the calendar going forwards. 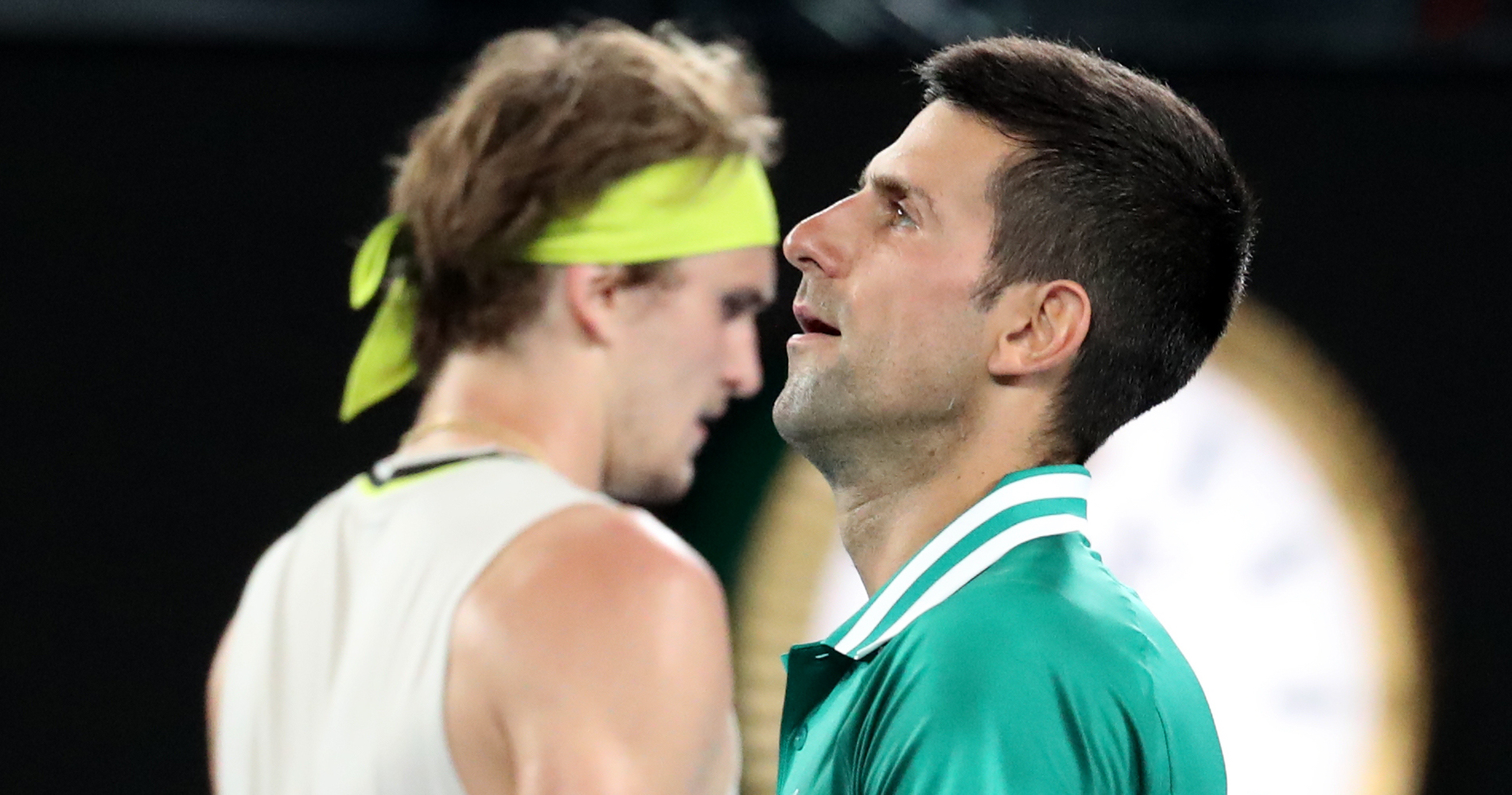 The defending eight-time Australian Open champion conceded that he was on the brink of withdrawing from his match against Taylor Fritz in the third round with an abdominal injury and explained that he was not alone.

“Well, what we are seeing is not normal,” said Djokovic in his press conference, following Tuesday’s victory against Alexander Zverev. “It’s not something we are used to. Top players are the ones that are fittest. It has been proven in the past that that’s the case.

“Now you have Berrettini, even Rafa coming in with a back injury, myself, Sascha, as well, struggled, Dimitrov. I mean, obviously it has something to do with these kind of circumstances that we were in. I mean, coming into a Grand Slam and a tournament before the Grand Slam just right after 14 days’, 15 days’ quarantine. I mean, for some guys it was even tougher than it was for me and maybe some of the other top guys, I mean, for sure. I can’t complain comparing to some of the players that couldn’t exit their room for 14 days. 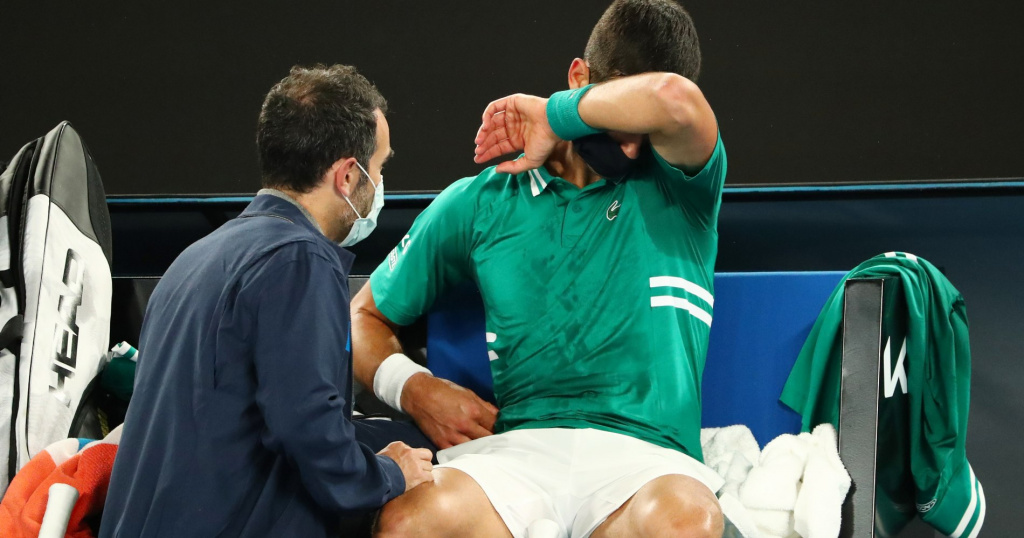 “But, you know, I don’t want to sit here, complain about what we have been through, but we have to be honest and realistic that it has an effect on the physical well-being of players. Of course also mental, emotional, but physically, I mean, this is not normal.”

The World No.1 even went as far as to say that if the quarantine situation were to continue in the forthcoming tournaments, he could envisage players not wanting to continue with the season calendar, as it stands.

“Talking to a lot of players, majority of the players just don’t want to go ahead with the season if we are going to have to quarantine most of the tournaments. So this is something that should be discussed, like as of now. I think council, I spoke to some of the council members, and they are saying they have extensive discussions about that with ATP management.

“I’m waiting for some answers. I want to understand how our continuation of the season post-Australia is going to look like, because this definitely is not good for players in terms of their well-being. I’m not pointing fingers at anybody. It’s just I’m speaking what is going on, speaking the truth, am speaking the reality, and we have to talk about it.” 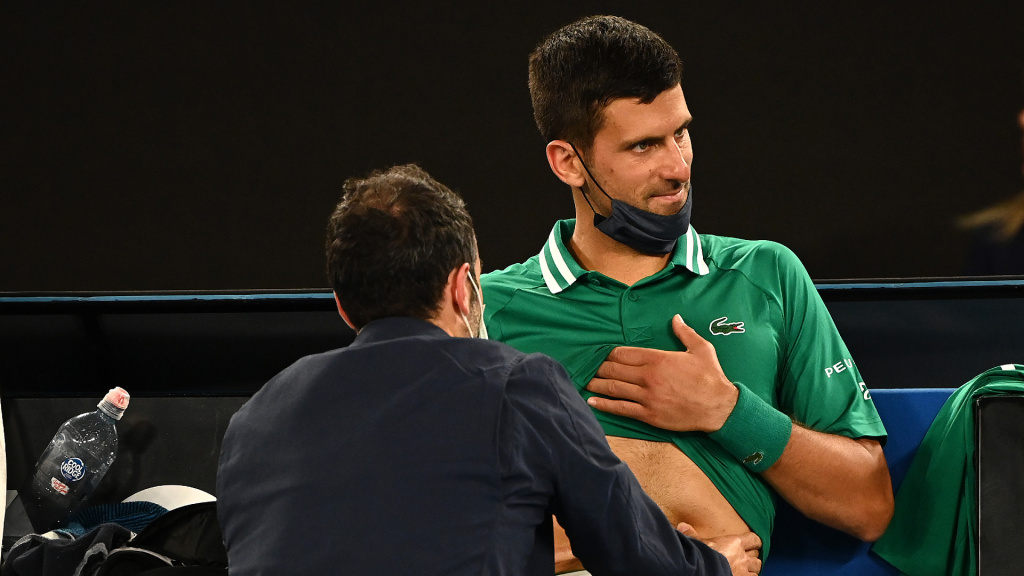 Following the conclusion of the Australian Open, the majority of high-profile tournaments will be held in the US and middle East before the long European haul.

And with quarantine restrictions still tighter in Europe than the rest of the world, Djokovic sees it as a problem that needs addressing sooner rather than later.

“Most of the season will continue on in Europe, actually. Next few months is going to be Miami, Middle East, so forth. But once we start in Europe, I mean — and, you know, ATP came up with this rule of player plus two only. So if you have family, you can’t take family on the road.

“We have to address this very quickly, I mean, because season already started. The physical well-being of players is a big question mark, and I think it needs addressing.”

Vanquished quarter final opponent Alexander Zverev concurred with the sentiments of Djokovic when he said that it simply wasn’t viable to continue with the tour schedule the way things currently stand.

“We can’t have a traveling circuit right now,” added Zverev. “I think what the ATP should do and should look into is, you know, maybe having a venue like here and play multiple weeks at one place. Multiple tournaments, multiple weeks.

“Because at the end of the day in Europe right now we can’t have spectators anyways, so what difference does it really make where we play the tournament? We can change the background, we can change the, you know, city name on the court or whatever, and then play it at one venue.

“I do agree with Novak, and we talked about it with Novak, as well, and with Vasek Pospisil, as well, that we simply cannot have a traveling circuit with how things are going.”

The ATP has so far not commented on the situation and the calendar has been confirmed until Roland-Garros until further notice.