Despite concerns over his elbow, Novak Djokovic is set to play at the Davis Cup Finals. 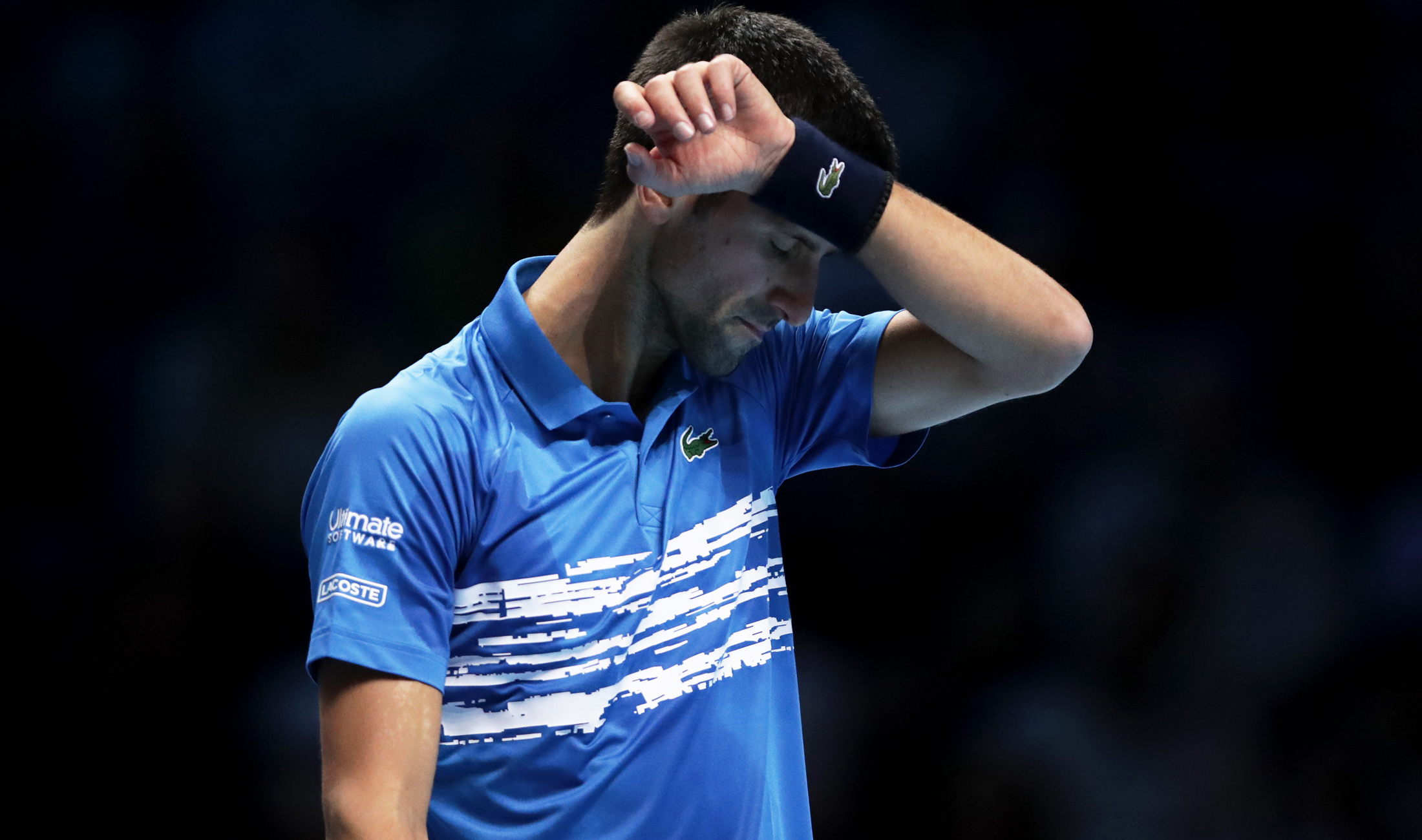 Novak Djokovic hopes to play at the Davis Cup Finals despite admitting he felt a “pretty sharp” pain in his elbow against Roger Federer on Thursday.

Djokovic failed to reach the last four at the ATP Finals after suffering a 6-4 6-3 defeat to Federer in London.

The Serbian 16-time grand slam champion was again troubled by his elbow, a worry ahead of the Davis Cup Finals beginning in Madrid on Monday.

“I hope it’s nothing that will really unable me to play Madrid. The pain was pretty sharp, but I could play the rest of the match,” Djokovic told a news conference.

“If I had something really serious I think I wouldn’t be able to hold the racquet so it wasn’t, it was probably just an awkward, quick movement that I did, but it did not impose any form of issues later on.”

Djokovic suffered his first loss to Federer since 2015, the result handing Rafael Nadal the year-end number one ranking.

The 32-year-old said he was well below his best, while praising Federer’s performance.

“There was not much that I did right this match to be honest, realistically he was the better player in all aspects and absolutely deserved to win,” Djokovic said.

@rogerfederer had not defeated Novak Djokovic since the season-ending finals in 2015.

Tonight, that all changed.

“He served great, moved well and returned my serve very well so from his end I think he did everything right, from my end I was just playing too neutral.

“I couldn’t read his serve well and just a pretty bad match from my side.”

Despite not living up to his usual standards to finish the year, Djokovic was happy with his 2019 after successes at the Australian Open and Wimbledon.

“I’m not happy with the way I finished the season. Obviously this is not the way I want to play on the court first of all but you’ve got to accept that you have these kinds of days and move on,” he said.

“If I have to draw the line, I think it was still a very good season winning two slams and five titles.

“Of course I’m still hot-headed off the court but all in all it was a good season.”

Serbia are in Group A at the Davis Cup Finals, alongside France and Japan.