Defending champion Novak Djokovic made light work of Ugo Humbert to end the 21-year-old’s Wimbledon run in the fourth round. 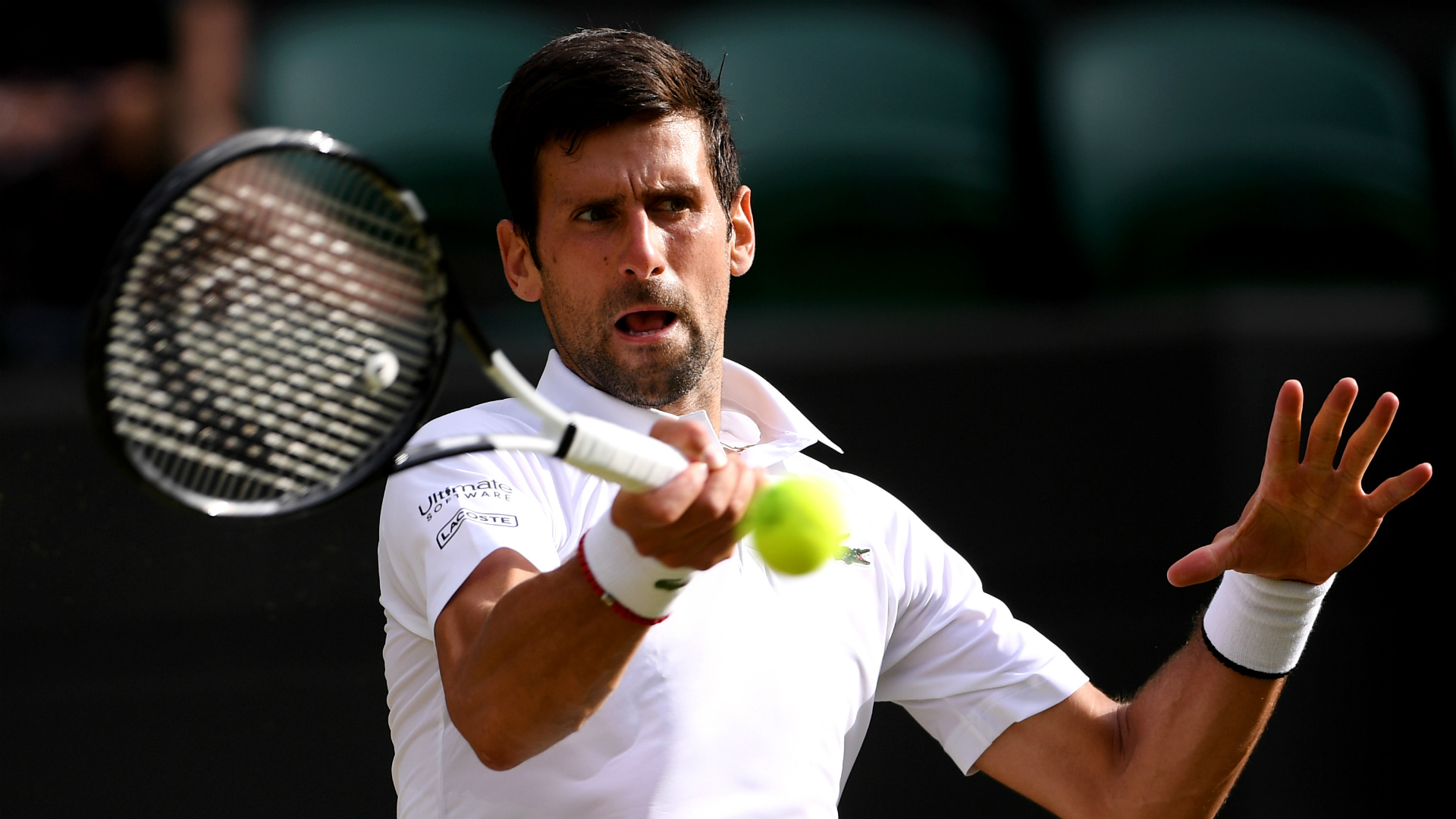 Novak Djokovic enjoyed a serene passage into the Wimbledon quarter-finals as he dispatched Ugo Humbert 6-3 6-2 6-3.

The 21-year-old Frenchman, ranked 66 in the world, was playing in the second week of a grand slam for the first time in his career and found the going tough against an imperious defending champion.

Djokovic’s supreme defensive game made life incredibly tough for Humbert, who found himself chasing the match after early breaks in each of the first two sets.

A pinpoint backhand return from Djokovic opened up a 3-1 advantage in the opener and his progress to a last-eight encounter with 21st seed David Goffin was scarcely in doubt thereafter.

The world number one dropped a paltry 14 points on his own serve and, although Humbert’s biggest weapon yielded six aces, Djokovic snaffled five of nine break points.

“I had never played Ugo but saw him play and he’s won against a couple of great players,” Djokovic told BBC.

“I was able to study his game, but he probably wasn’t at his best. I’m pleased to execute the job in three sets.”

After a processional second set, Humbert knuckled down gamely in the third.

But he coughed up three more break points in the eighth game and Djokovic only needed one – a delightful drop shot settling him up to serve out via a couple of deuces.

With Rafael Nadal and Roger Federer in similarly uncompromising moods on Monday, SW19 is enjoying some of the all-time greats in prime form.

“He’ll be a hard man to beat”@DjokerNole continues to impress, defeating Ugo Humbert 6-3, 6-2, 6-3 to progress to his 11th #Wimbledon quarter-final pic.twitter.com/LNx4y1vuCt