Novak Djokovic has called for improved treatment of the players who are in strict quarantine, unable to leave their Melbourne hotel rooms. However, the Serb’s requests have already been denied. 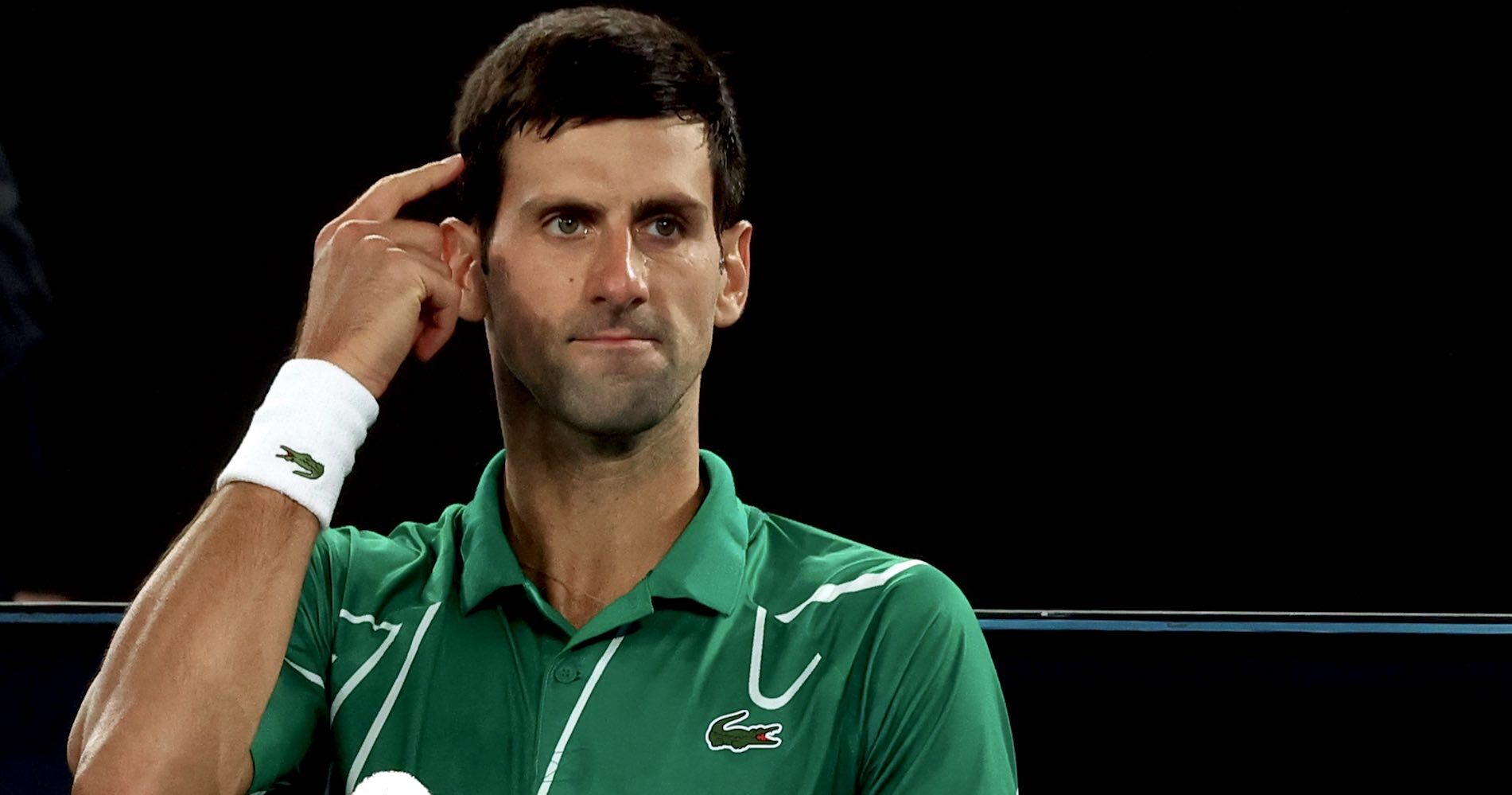 A total of 72 players are in 24-hours-per-day quarantine after arriving in Melbourne on flights in which there was at least one positive Covid-19 test. Novak Djokovic is calling for improvements to be made in the quarantine conditions for those 72 players.

According to reports in the Spanish media, the world No 1 sent a letter to Australian Open tournament director Craig Tiley on Sunday, requesting — or, as some have put it, “demanding” — improved conditions for the 72 players who are enduring the strict two-week quarantine. Among his desires are fitness and training options in hotel rooms, food similar to what is offered at tournaments, additional Covid-19 testing and a reduced length of quarantine for all who are negative, visits between players and coaches for all who are negative, and private houses with tennis courts for as many players as possible.

Unsurprisingly, most of Djokovic’s wishes will not be granted by local authorities. (Tennis Australia has been providing stationary bikes and gym equipment to players’ rooms) The state of Victoria has consistently implemented some of the most severe protocols in the entire world since the coronavirus pandemic began last spring, and the government is not about to relax now. Quarantine Victoria (CQV) commissioner Emma Cassar was quick to dismiss Djokovic’s demands, according to local media.

CQV Commissioner Emma Cassar’s answer to the Djokovic list of request for players: “It’s a firm NO from me”..
Tells @3AWNeilMitchell on @3AW693 that there will be NO change, no modifications to the quarantine rules – it’s 14 days. It’s stay in your rooms.

There are also reports that Brett Sutton — the Chief Health Officer in Victoria — said the following:

“Everyone finds quarantine tough, but Victorians have copped this as much as anyone in the world…. Victorians have done it tough and they don’t expect special rules for anyone else.”

But there are “special” rules for players who are not in Melbourne. Djokovic and the rest of the top three players on both the ATP and WTA tours are in Adelaide and able to practice daily with designated training partners.

Stan Wawrinka is apparently unimpressed with Djokovic now trying to come to the aid of those in strict Melbourne quarantine, all while Djokovic is enjoying relatively luxurious conditions in Adelaide. That the eight-time Australian Open champion and the other top players in the world accepted such preferential treatment does not seem to be sitting well with Wawrinka. In response to Djokovic’s reported letter to Tiley, Wawrinka wrote sarcastically on Twitter (translated from French): “From Adelaide? Ahhahah”.

This was the unforced error. The Adelaide dimension was unnecessary and has already led the charges of unfairness. I’m told that, over the weekend, the fortunate players in Adelaide have been “encouraged” to stop with social media posts, which have enflamed tensions. https://t.co/EpZH10QATI

Whether Djokovic’s requests are met or not (and it certainly doesn’t look like they will be), the gesture may be an effective publicity stunt for the new Professional Tennis Players Association. The PTPA is a players union founded primarily by Djokovic during last year’s US Open after he resigned from the ATP Player Council. His main objective with the PTPA is for players — men and women alike — to become more unified and be better represented, while also earning more money, not only at the top of the rankings but especially further down. Djokovic probably knew his demands would fall on deaf ears, but his letter indicates that he is lobbying for lower-ranked players while further shedding light on what some might perceive as players being “mistreated.”

Just thinking … how much of these requests from Novak Djokovic to the Australian Open is a pitch for exposure for the PTPA player association which bhe is heading up?

Much unlike what the PTPA is ultimately aiming for, however, the current dynamic in Adelaide and Melbourne is anything but equal treatment. And based on the response to Djokovic’s letter, it looks like the inequality — and the two weeks of strict quarantine — will continue.